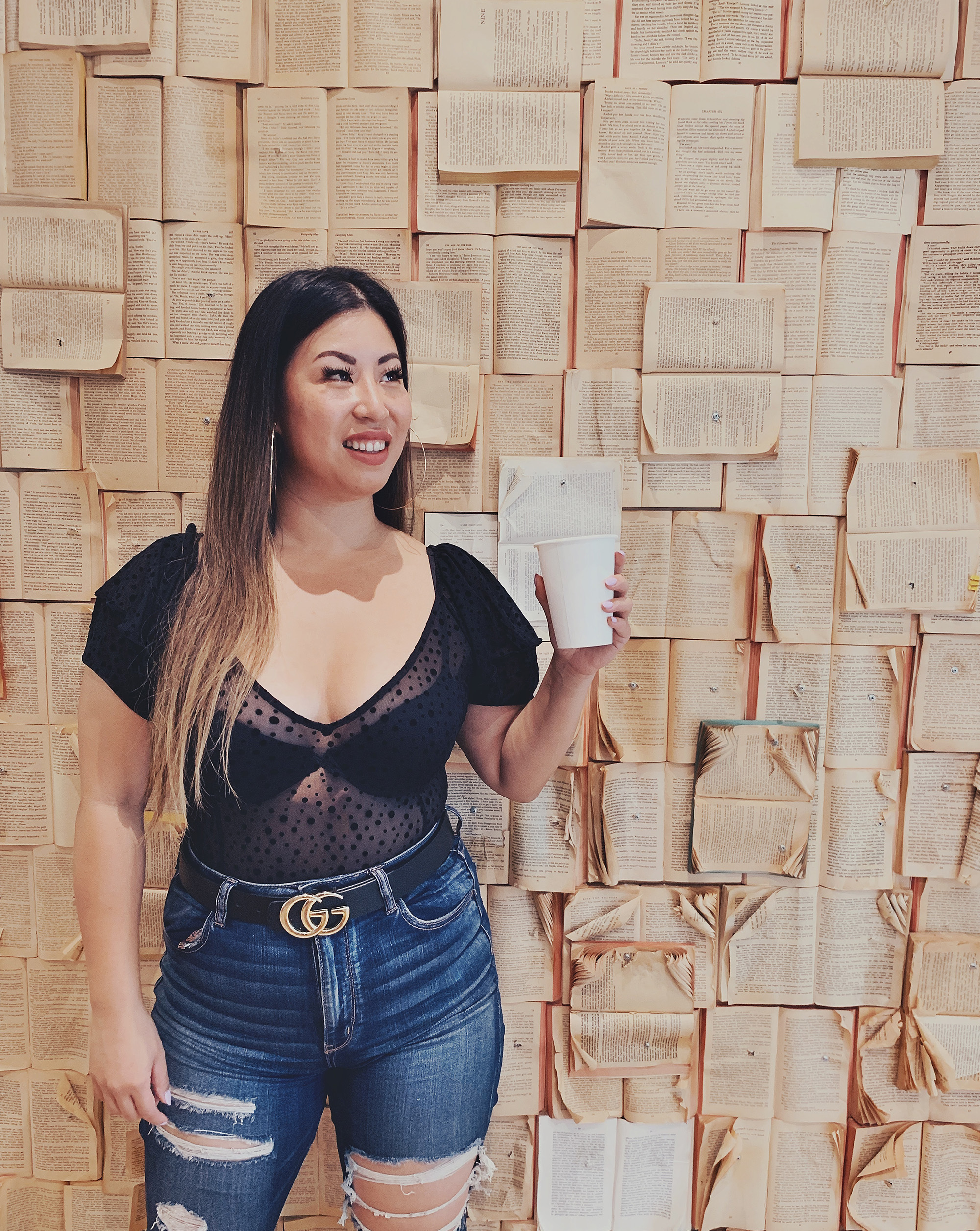 The reason that The Bachelor – a reality tv dating show where 25 contestants vie for the attention of a single suitor – is so popular (besides serving up heaps of drama) is how relatable it is.

Not in the sense that you know what it’s like to date 25 impossibly good-looking people at once, but after having been rejected the contestants often weep into the camera “What’s wrong with me?! Why am I still single?” Sound familiar?

From  ad campaigns to concerned family members, we are constantly inundated with this message that we are somehow incomplete without a partner. How can we help but subscribe to this flawed way of thinking?

But being single is not a problem to solve as rom-coms would have you believe. It’s only a problem is you allow yourself to be convinced that it is.

Here are 7 negative mindsets to dump about being single:

How many times has someone said to you “You’re so amazing. Why are you single?” How condescending, am I right? Intentional or not, it implies that being in a relationship is a reflection of virtue versus the reality that finding someone you like enough to date is due to pure coincidence.

Guess what, smug person in a relationship – Hitler had a wife.

Trump has been married several times. Heck, Charles Manson got married while he was in jail! True, it was to an enterprising young woman who intended to sell his dead body on eBay (or wherever one sells murderous cult leaders port-mortem) but nonetheless, my point stands.

People may have reasons for not wanting to date you but that doesn’t mean there’s something wrong with you. Being in a relationship is not a mark of worthiness or value. 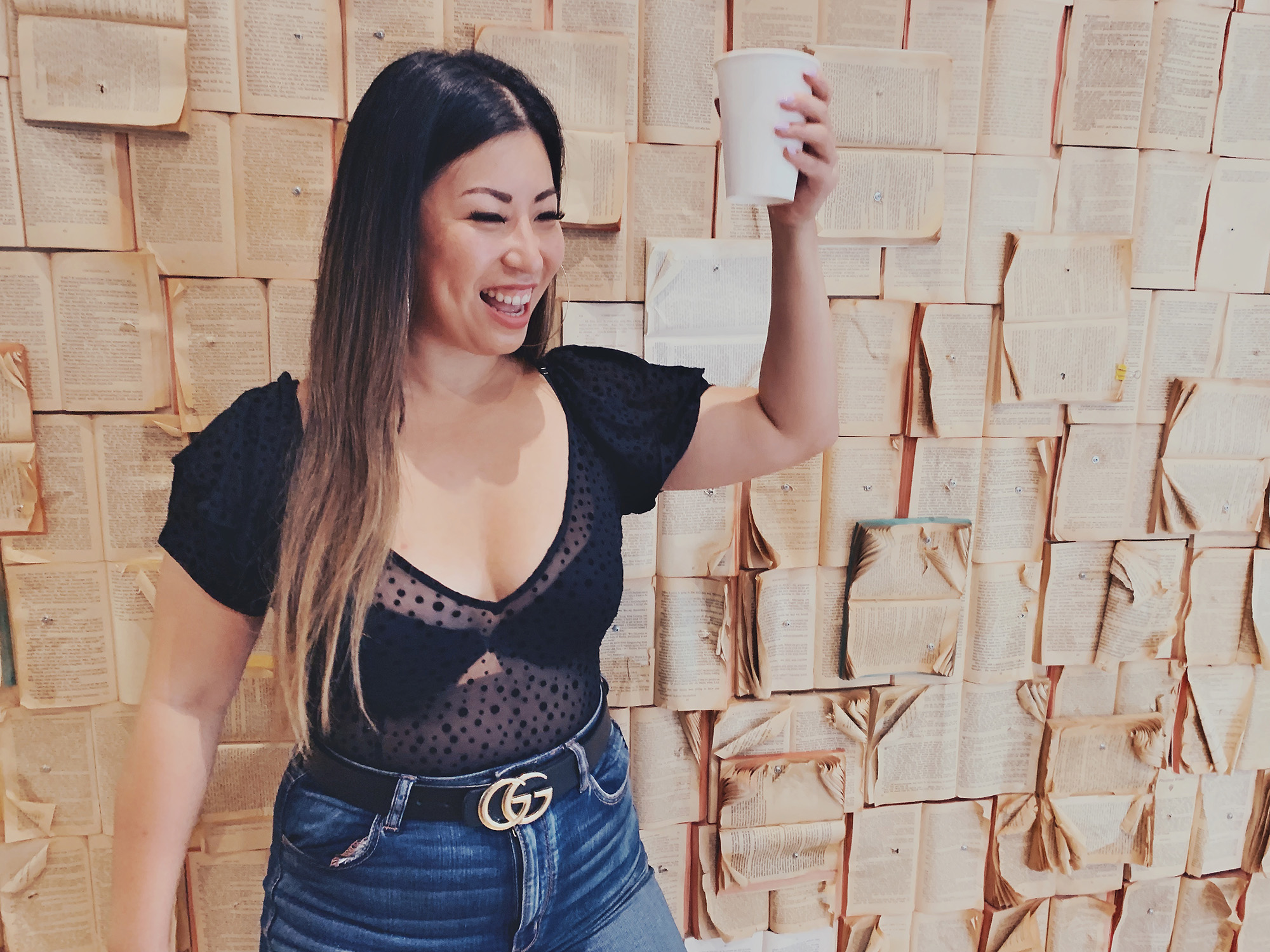 2/ “Everyone else is in a relationship so I should be in one too.”

In the infamously rhetorical words of mothers everywhere “If all of your friends jumped off a cliff, would you jump too?” If you answered “yes,” you’re just asking for a smack in the face that I’d be more than happy to oblige.

When you’re riding solo to a wedding or hanging out with a group of couples, it’s natural to want to fit in. But ask yourself this: Do you even want to be in a relationship? Or do you just feel like you should want to be in one?

If people are pressuring you to be in a relationship, they’re just trying to validate their own life choices or satisfy their own view of the world. But we’re all on different paths. Don’t use others as a yardstick to measure your life against. Stay grounded in yourself and focus on your path instead of letting others dictate what feels right to you.

But even if we do everything “right” – download all the dating apps, go on dozens of dates, join as many intramural sports as our schedule allows – we can’t force the “right person” to walk into our lives.

If you want something, you should take ownership and put yourself in the ideal position to make it happen. But at the end of the day, we can’t control what happens to us. It may be comforting to believe that we have more control than we do, but it’s an illusion. We just have to learn to accept that and not attribute it to a failing on our part.

You need a relationship like you need another slice of pizza when you’ve already unbuttoned the top buttons of your pants from the first 5 slices. That’s what you get for wearing pants when eating, dummy. Do you want another slice of pizza? Sure. Will it make you vomit? Maybe. Do you need it? Probably not. Need and want are two different things.

Marrying for love wasn’t even an option not so long ago. Marriages used to be brokered like business deals. Women were bartered like cattle, sometimes FOR cattle. Financial independence was not part of the female vocabulary because a “nice girl” couldn’t have a job more taxing than homemaker.

Love is a luxury. It’s something we are all inherently worthy of, but not something we’re entitled to.

Instead of regarding the search for love as a tedious, Herculean task we have to endure, treat it as an opportunity that we’re lucky to be afforded.

5/ “Being single is THE WORST”

When you’ve just endured the most painful first date or receive yet another unsolicited 🍆 pic, it’s hard not to get frustrated with your single status. But instead of focusing on the disadvantages of being single, revel in all of the perks while you can.

You don’t have to argue over what show to watch on Netflix or who gets the last slice of pizza (it all comes down to pizza). You get to sleep diagonally across your bed and hog the covers. You don’t have to double up on family holidays. Ok, so you don’t have someone to open jars and reach things on high shelves but that’s what tall, strong roommates are for.

If you can’t think of worse things than being single, you’re not thinking hard enough. I’d rather be at neutral than at a negative. I’d rather be alone than trapped in a bad relationship.

Everyone’s biggest fear is that life is a big game of musical chairs. We dread the music ending and being the cheese that stands alone.

But name one person you know who’s lived their entire life never having found someone to love. You can’t.

Yet somehow you’ve convinced yourself that you’re so tragically special that you’re the one person who’ll end up alone.

The fear is real but come on, what are the chances?

If you knew the exact date and time you were going to find “the one,” would that change anything? But that’s life, there are no guarantees. Either it’s going to happen or it’s not. You might as well not suffer twice by worrying about it. When the fear rears its ugly head, remember that the odds are in your favour.

We would enjoy singledom a lot more if we knew for sure that it was temporary. But it is! It ALL is.

Have you ever heard the saying “Change is the only constant”? Even if you’re in a relationship now, there is no guarantee that you’ll be in one tomorrow or 10 years down the line.

View you single state as part of an on-going, cyclical process and now is the time to work on the relationship you have with yourself; on being whole and content in yourself.

The goal of this post was not to dump on being in a relationship or to glorify being single. Both have perks, pitfalls and require work. I just want to provide an alternative to feeling like crap about being single and ready to mingle. But either way, you have to get your mind right about it.  Life and happiness shouldn’t dependant on your relationship status so don’t convince yourself that it is.

If you’re looking advice on what to do following a devastating break-up, check out this post.