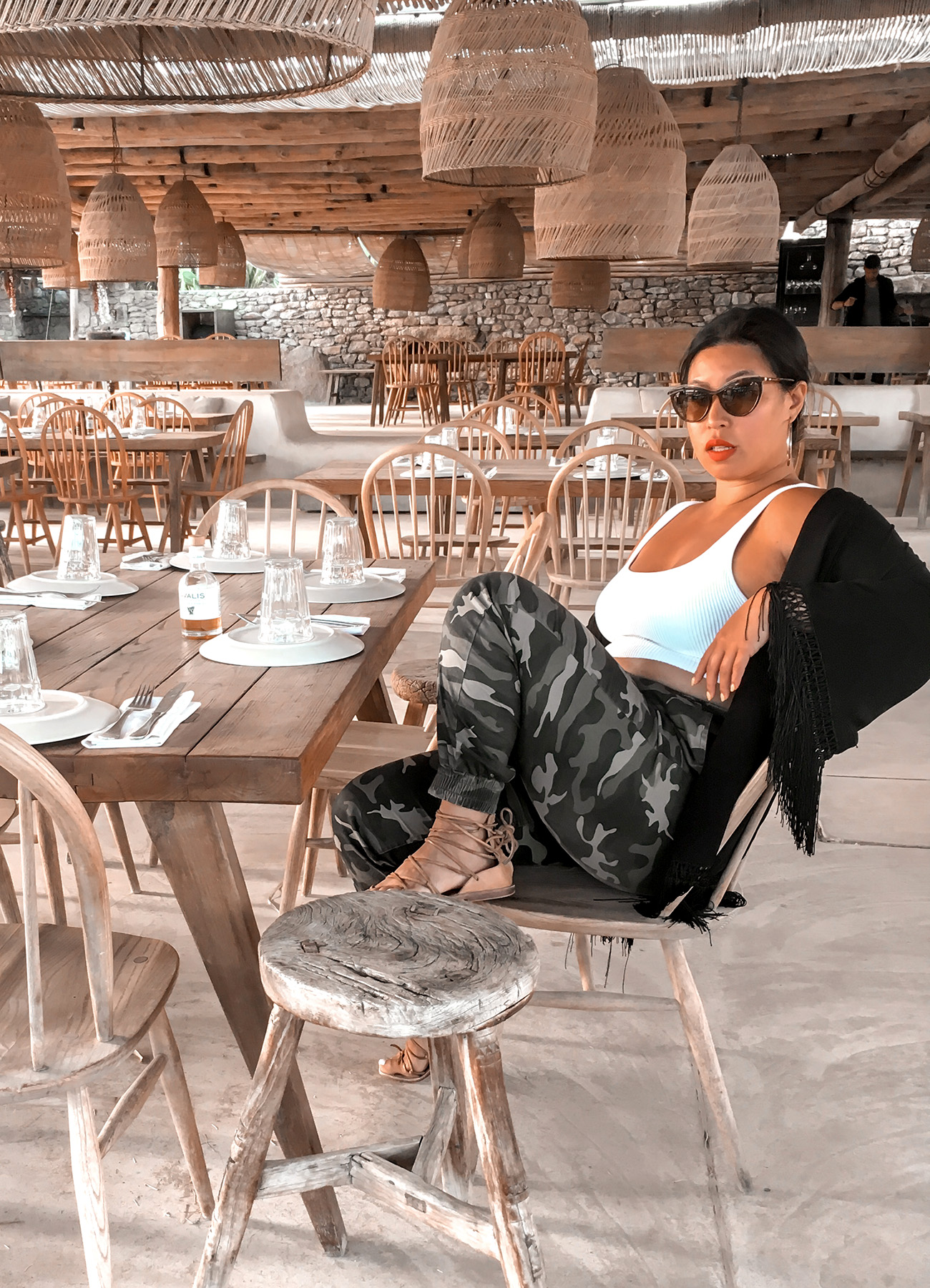 Wouldn’t it be nice if you never had to resolve or overcome conflict? If only everyone would agree with you ALL the time, told you you were amazing/attractive/talented, dubbed you the ‘Ruler of Everything’ and it was OFF WITH THEIR HEAD if they dared to oppose you? Yea, don’t hold your breath.

The reality is that you’re always going to encounter people who have a bone to pick with you. Even if you’re the most pleasant, agreeable person there ever was, you can’t avoid conflict forever.

Even if you’re a ninja at resolving conflict, what about the aftermath — the conflict hangover? The negativity that trails in your wake like a persistent black cloud darkening you day can be even more frustrating than the event itself. You’re wallowing in hurt feelings, replaying the fight in your head on repeat, rationalizing your feelings, antagonizing the other person, etc…

Wouldn’t it be a better use of your energy to learn to overcome conflict?

Dealing with a conflict hangover can be as debilitating as one caused by tequila, except greasy food and Asprin are useless. Instead, arm yourself with a healthier view of conflict.

These are the 7 truths that will help you overcome conflict (in a healthy way):

In the midst of conflict, it’s hard to maintain your calm and not take it personally when accusations are being hurled at your way. You naturally look for any wrongdoing on your part “Was I out of line? Am I being too harsh? Maybe it IS my fault.” But to use the words of the most clichéd breakup excuse: It’s not you, it’s them.

And when I say “them” I mean your accuser. Whether their claims are valid or not, when people lash out it says more about them than it does about you. Maybe they’re insecure and they feel threatened by your success. Maybe they’re having a bad day and are taking it out of you. Maybe they’re just assholes 🤷🏻‍♀️

“There are too many people today who instead of feeling hurt are acting out their hurt instead of acknowledging pain, they are inflicting pain on others.”

While it’s definitely good practice acknowledge the ways you were responsible, it might be less personal than you think.

Despite possessing the transient memory of a goldfish, sometimes conflict feels like the end of the world to me. It occupies every corner of my mind, pushing out all positive thoughts. I’ll rehash the fight from every angle until I’m mentally and emotionally drained. Not ideal.

But remember this: Like everything in life, the awful feelings that accompany conflict are temporary. As fired up as you feel in the moment, emotions (good or bad) have the shelf life of a banana. Even the most stubborn and persistent of bad vibes eventually becomes yesterday’s news.

While it may feel good to revel in intensity, avoid the temptation to cling to your self-righteous anger and hurt. Consider whether it’s something that you’re going to care about a week/month/year down the line. If not, the best way to overcome conflict is to simply let it go and allow the negativity evaporate from your consciousness.

When I was teased as a kid, my default was to pretend like it didn’t bother me. I used indifference as a shield to regain control — if they were going to hurt me, at least they wouldn’t know that they succeeded.

Oftentimes during conflict, our first response to pain is to self-protect. Whether we employ anger, judgement or rationalization as emotional armour, it’s merely an illusion of strength. Vulnerability is true strength. Being authentic and vulnerable is a trust fall that can diffuse antagonism and create connection in moments of conflict.

There is no guarantee of getting your heartwarming kumbaya moment, especially if your sparring partner isn’t willing to relinquish their own armour to catch you. At the very least,  being vulnerable with yourself and acknowledging your hurt will help you overcome conflict more quickly.

In a fight, I have a tendency to look for all the ways I was culpable. I drive myself up the wall internally debating what percentage of “wrong” I was or how I could’ve handled the situation differently.

Whether conflict arises from a perceived or a legitimate slight, it’s not your job to be the judge, jury and executioner. Nor are you automatically on trial just because someone disagrees with you. We all have a right to be, feel and believe what we want, including your antagonist.

Resolving conflict is not about who is right or wrong, but rather trying to understand where the other person is coming from, finding a compromise and moving forward. Instead of approaching the situation with judgement, engage your curiosity — why do they feel or act that way?

I was complaining to my Dad about someone who I’ve been having the same fight with for years and he said “You’re a fool to expect this person to act differently than they always have.” He was right (don’t tell him that). Just as insanity is doing the same thing over and over and expecting different results, it’s foolish to expect someone to suddenly deviate from their normal behaviours.

So what are you going to do about it? Instead of making yourself sick over someone else’s actions, reroute that energy towards developing healthier reactions to overcome conflict.

People aren’t naturally good or bad at resolving conflict, some people have just learned how to manage it in productive ways. Sometimes struggle can be a good thing or at the very least be an opportunity to grow, whether it’s learning how to assert your boundaries, minimizing negative interactions or eliminating toxic relationships entirely.

it takes two to resolve conflict

Here’s some more parental advice: My momma told me if I have nothing nice to say, don’t say it. But my momma also told me if someone continues to be an asshole to tell them to fuck off. True story.

Sometimes we butt heads with people who take pleasure in being contrary. But there’s no point of arguing with someone who’s own sense of fulfillment comes from putting you down. Do you think that they’ll suddenly admit “You’re right. I’m wrong”? Dream on!

Both parties need to be willing to listen in order to overcome conflict. If one person isn’t willing to have a constructive conversation, preferring instead to berate you into submission, shut it down. And if they won’t let you disengage gracefully you can take my mom’s advice as per above and tell them where to stick it.

feel (but don’t wallow) in conflict

The most difficult part of overcoming conflict for me is that despite knowing all the logical reasons that it shouldn’t upset me, I haven’t quite developed the emotional calluses to walk away from a confrontation unscathed. I just had to change the way I thought about it.

The ultimate goal should not be to become immune to being upset by conflict (or avoiding it all together) but knowing that you’re capable of handling it. Every time you make an effort to resolve conflict you’re exercising a muscle that will help you deal with it more effectively next time.

You’ll never really reach a point where conflict doesn’t affect you at all, especially when it’s with a loved one…and that’s ok. You’re human and experiencing the full spectrum of emotions — the good, the bad and the ugly — is part of that. Just don’t wallow — feel it, vent about it to friends over plenty of wine, and move on.

I’m so conflict avoidant that I avoided even learning how to navigate or overcome conflict for the longest time. However, I knew I needed to evolve because suppressing my negative emotions was not only creating resentment but was preventing me from making authentic connections.

My main objective is not to become a conflict resolution ninja but to have a healthier view of it. At the end of the day, what’s more important than avoiding conflict is learning how to develop healthier reactions to it and letting your own belief system dictate your actions.

Continue your emotional growth by reading these tips to being happier by owning your shit.