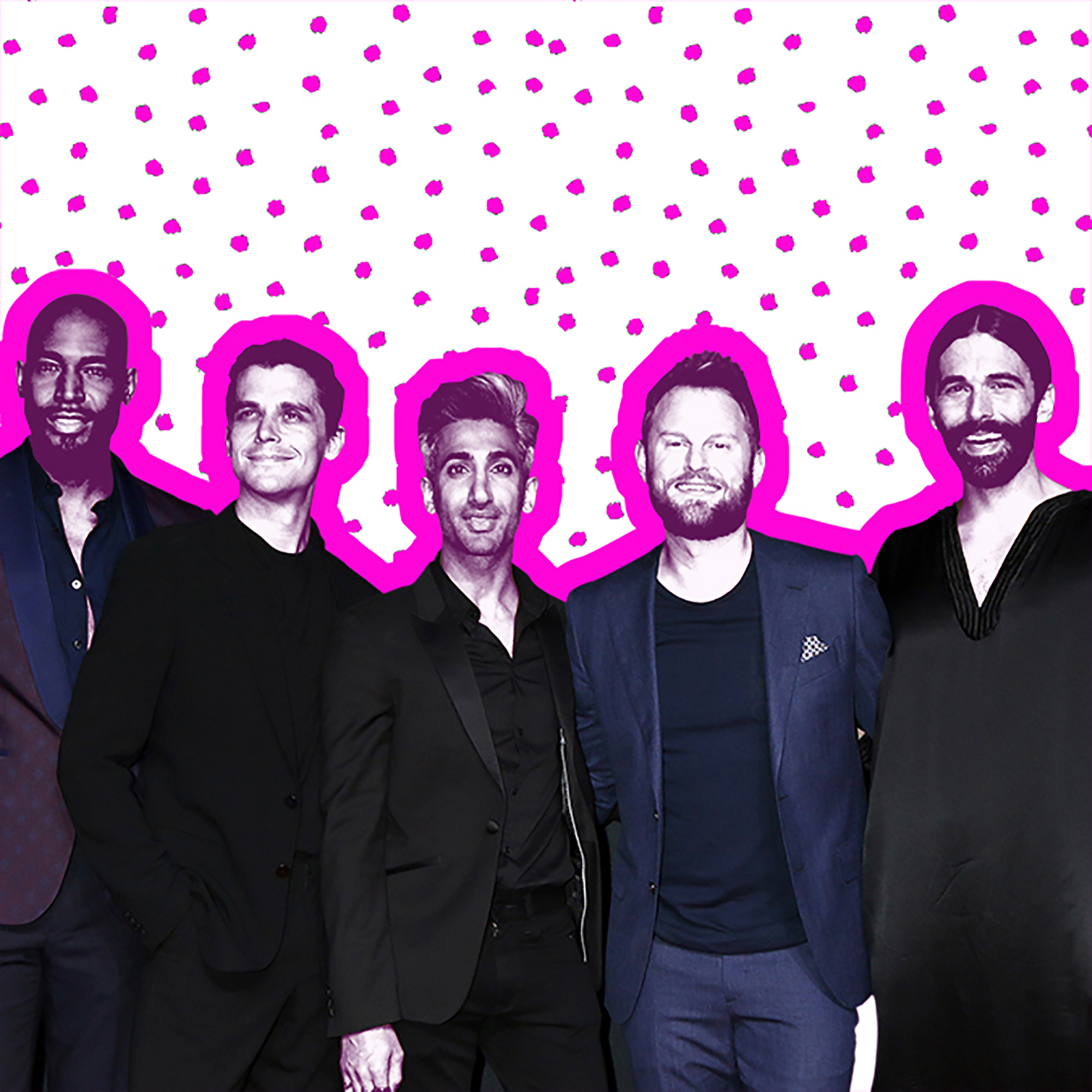 Usually watching reality tv involves an unhealthy amount of cheese ( or “cheeses” as my co-worker would say as it’s several different types), a bottle of wine, a heap of self-loathing, and ends with me hurling abusive epithets at the opportunistic shillers of Sugar Bear Hair on the screen. The trivial dramas played out by generally unscrupulous characters is a safe outlet for me to unleash all my judgements on from the privacy of my couch.

But there are exceptions to every rule and the reboot of Queer Eye on Netflix — where five fabulous gay men school an unkempt oaf in fashion, style, design, culture, and cooking — is that for reality television. While makeover shows usually rely on the trope of derisive criticisms and superficial transformations, this one is the epitome of feel-good tv where they place as much emphasis on bettering the internal state as much as the external. It makes you feel all the feels because even when you’re crying, they’re joyful tears.

Producers somehow managed to cast the ideal “Fab Five” — Bobby Berk (interior design maestro), Antoni Porowski (food guru), Tan France (sartorial superstar) , Karamo Brown (culture expert), and Jonathan Van Ness (grooming genius) — who are genuine, talented and personable on their own as well as unbelievably adorable together. All I want in this life is to be the honorary sixth member of their group but I know if I ever actually met them in person, they’d recoil from my grasp because they’d sense how thirsty I’d be to make them my BFFS4EVER.

Was the tattoo of their faces on my ass that scared them away? Was it not a subtle enough gesture of friendship? I’ll never know for sure.

Another thing that reality television doesn’t do that Queer Eye does – other than being a ray of sunshine in my life – is it makes me think a lot, mostly about how I can be a better person. It inspires me to apply the lessons and embody the virtues displayed in each episode to my own life and strive to improve and grow, for my own sake as well as those around me.

Here are 8 ways binge-watching Queer Eye inspires me to be a better human:

1/ FROM TOLERANCE TO ACCEPTANCE

The reboot of Queer Eye asserted from the outset that while the mission of the initial iteration was tolerance, the current one aims for acceptance. While we still have a long way to go, we’re not as divided as we once were and seeing a gay, black man and a straight, conservative police officer civilly discuss their perspectives and have it understood from the other party instills hope for the future. Each episode illustrates the ways in which people from all walks of life are more accepting and we shouldn’t stereotype entire groups of people.

While women feel pressured to always be polished, men feel if they’re into self-care or grooming that they’re high-maintenance or a “diva” but something the Fab Five impress upon their dishevelled subjects is that grooming isn’t about vanity, it’s about self care. How someone looks on the outside can be a reflection of how they feel on the inside and vice versa. That’s not to say they recommend primping for five hours every morning but taking even five minutes for yourself can improve how you feel.

While in it’s essence, Queer Eye is a reality makeover show, the Fab Five emphasize celebrating what is unique about the people they are helping. They’re not saying “You suck, be completely different,“ but “Be the best version of yourself.” The people who make the most impact on our lives are the ones who were courageous enough to be authentic and stay true to their purpose and the Fab Five lead by example, not only are they using their gifts to improve lives but by each being uniquely themselves.

We define our identities by how we are different but also by how we are the same. Queer Eye helps all types of people no matter whether they are gay, straight, trans, etc…and you start to sense a theme; a commonality that all humans share: the desire for connection. People stop helping themselves and become isolated so there are no witnesses to their shame but still crave connection; NEED connection as a catalyst for change. The Fab Five provide that human element and accountability and through their words and actions say “You are not worthless. You have value. I believe in your ability to help yourself.”

I was so fascinated by how producers casted this perfect storm of five guys – what qualities they were looking for in conjunction with talent and achieving the exact combination of personalities that would mesh well together. The specific quality that surprised me was someone who gave people the room to speak. While the Fab Five are there to impart their wisdom to their clueless subject, they also dig deep with questions and listen to try and figure out who they really are. The process is a collaborative one where they guide and advise not dictate and impose.

6/ CHANGE IS AN INSIDE JOB

While the Fab Five can curate a kickass home, revamp a wardrobe, and boost confidence with a slick hairdo and heaps of effusive praise, they also focus on the subject’s emotional state. Real and lasting change comes from the inside out which is why they dig into the “why” of how someone got into such a state of disarray that they required fabulous intervention. Through non-judgemental heart-to-heart conversations (that usually reduces me to a teary mess), they attempt to eradicate those internal barriers and make them see that they need to WANT to change and make that effort. It instills a sense of empowerment, not only in the subject but in viewers looking for that little push.

7/ THERE’S NO SUCH THING AS A LOST CAUSE

Each episode begins with a flurry of activity riddled with clever quips and gentle ribbing as the Fab Five storm someone’s home, filling garbage bags with everything from mouldy food to questionably stained furniture. While they might energetically throw out the very shirt off the subject’s back, they never suggest the person should also be discarded with the weekly trash. The very crux of the show is that there is value in everyone and no one is a lost cause, no matter how tacky their fashion sense is. It’s going to be a lot of work but you are worth improving so pick yourself up, dust the banana peel from your shoulder and make an effort.

It’s so easy to get caught up in our own personal dramas and day-to-day grievances that we forget that other people are experiencing their own internal struggle. We expect our friends and families to be our support system, to listen and validate us, to assuage our fears but are we returning the favour? It’s so inspiring to see how the Fab Five seem selflessly invested in the growth and wellness of the person they’re helping that while I may not have the skill (or budget) to renovate someone’s basement apartment, it’s not a lot of effort to be more conscious of someone else’s troubles and simply ask “How are you feeling?”

Do yourself a favour and watch Queer Eye on Netflix (if you haven’t already). Try to ration the episode since a season consists of 8-10 episodes which is not nearly enough fabulous in my life! 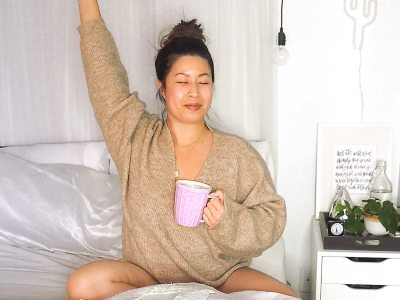 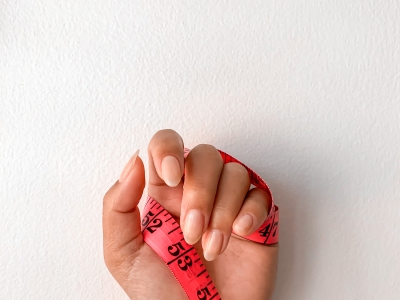 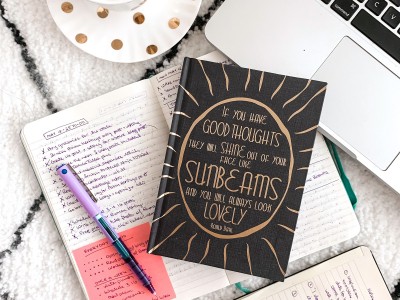