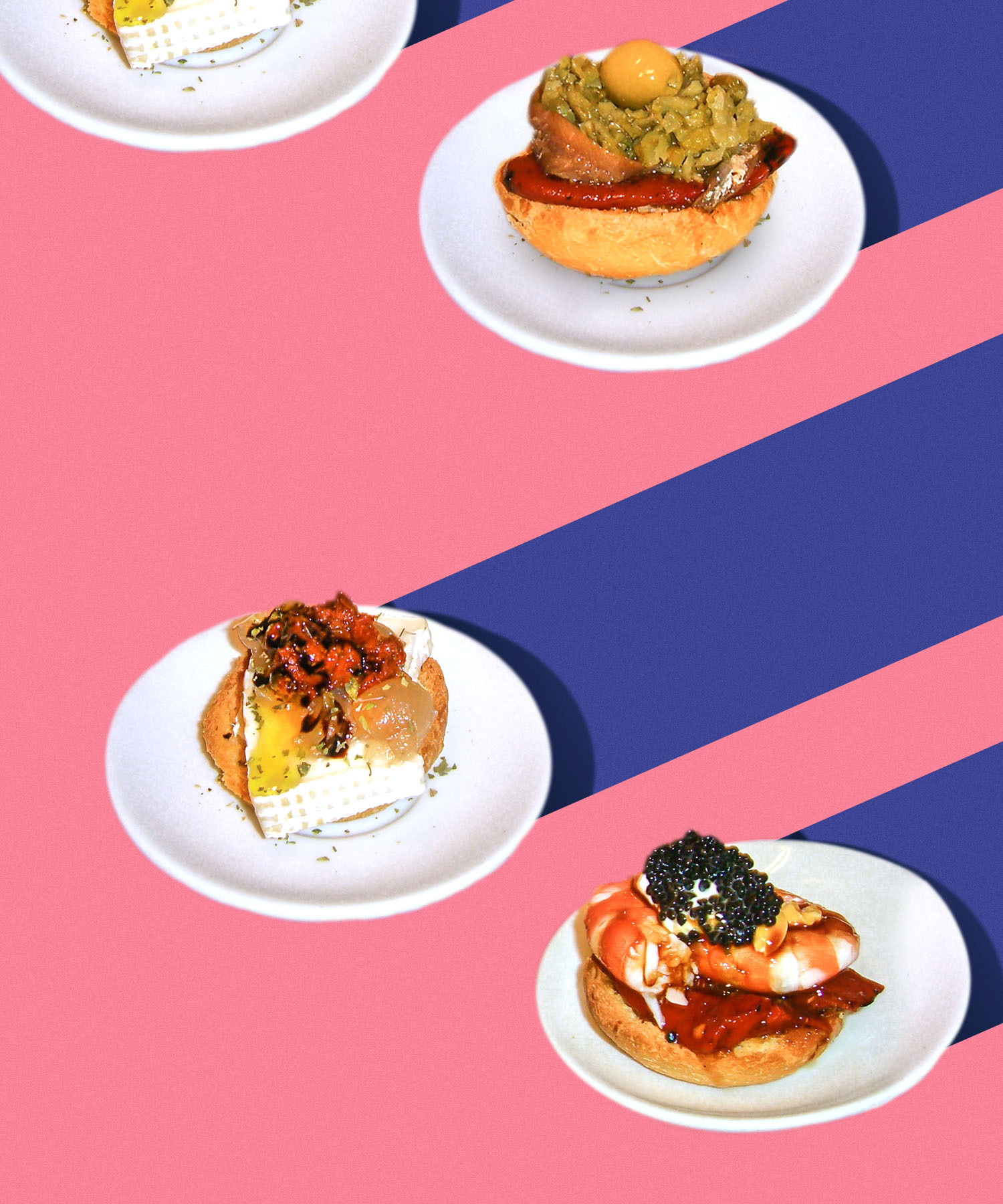 Since I can’t exactly board a flight right now, I’ve been exploring the recesses of my mind for my most treasured travel memories. It just so happens that they mostly revolve around eating, like the time I had the best tapas at Quimet & Quimet — one of Barcelona’s oldest and most authentic tapas bars.

Bold claim? Yes, especially since I didn’t get to try ALL the tapas in the city (not for lack of trying), so I can’t say for sure. However, I suspect that even if I had tried every tapas bar in Barcelona, I’d still be professing my love for Quimet & Quimet with the same zealous fervour usually reserved for religion and watching episodes of The Bachelor.

And hey — I’m verryyy open to renouncing pants and eating my way through this northeastern Spanish city, all in the name of research. I am nothing if not dedicated. 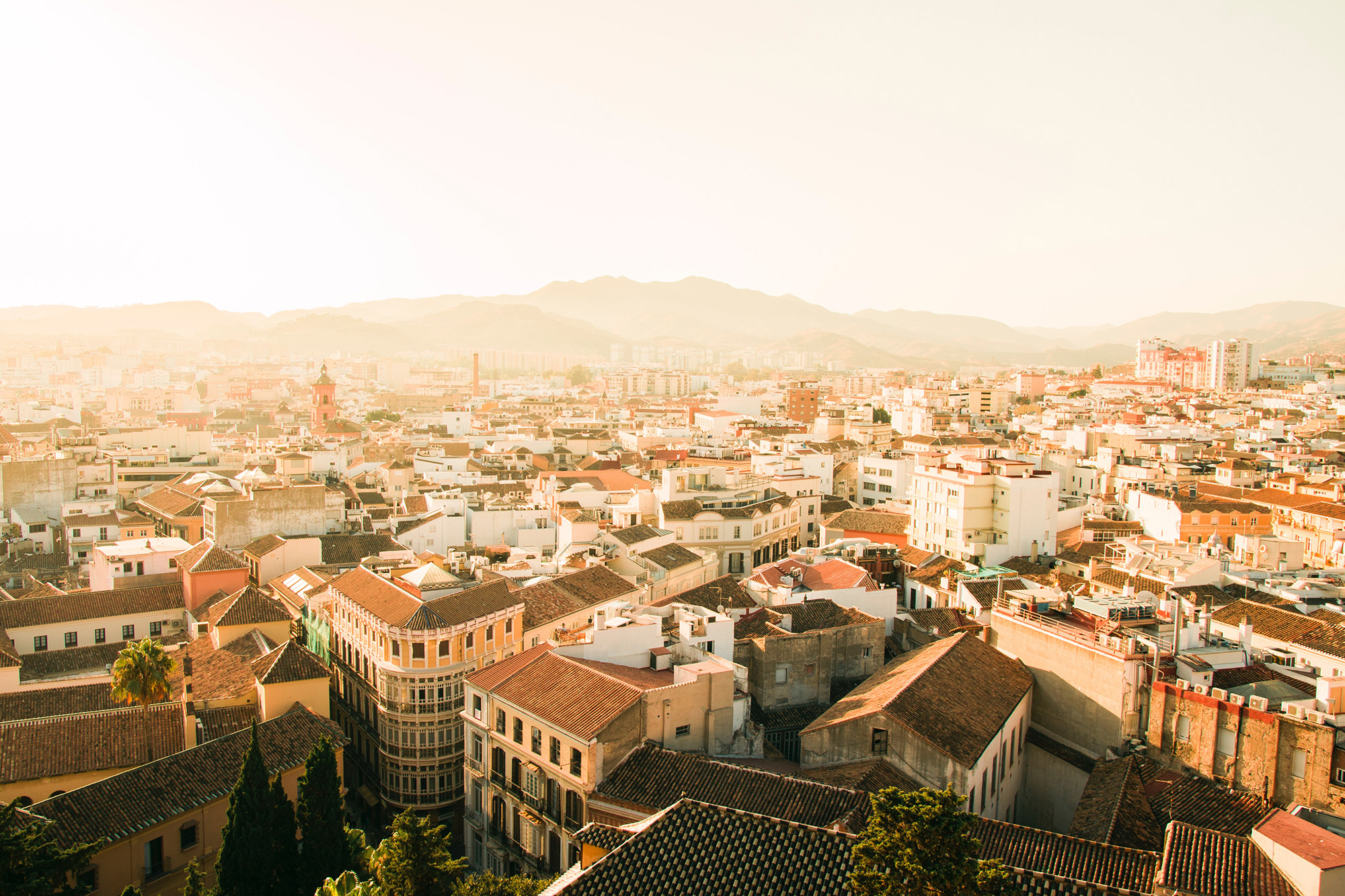 Photo of Barcelona by Adrianna Calvo from Pexels

It was hot as Satan’s skillet in Barcelona the afternoon Janelle and I, along with a curly-haired Aussie we had picked up at our hostel, ventured to the El Poble Sec district in search of a hidden den of tapas deliciousness.

Other than the doorway being painted conspicuously red, Quimet & Quimet didn’t look like much from the outside. The tiny space was wall-to-wall of wine bottles with numbers scrawled in below each in white, and had a bar running along the right side with a glass case protecting a treasure trove of canned seafood on display.

I practically pressed my nose up against the glass, drooling with anticipation over plates of luscious folds of smoked salmon, razor clams glistening in olive oil, and tiny pearls of caviar that gleamed like polished obsidian. 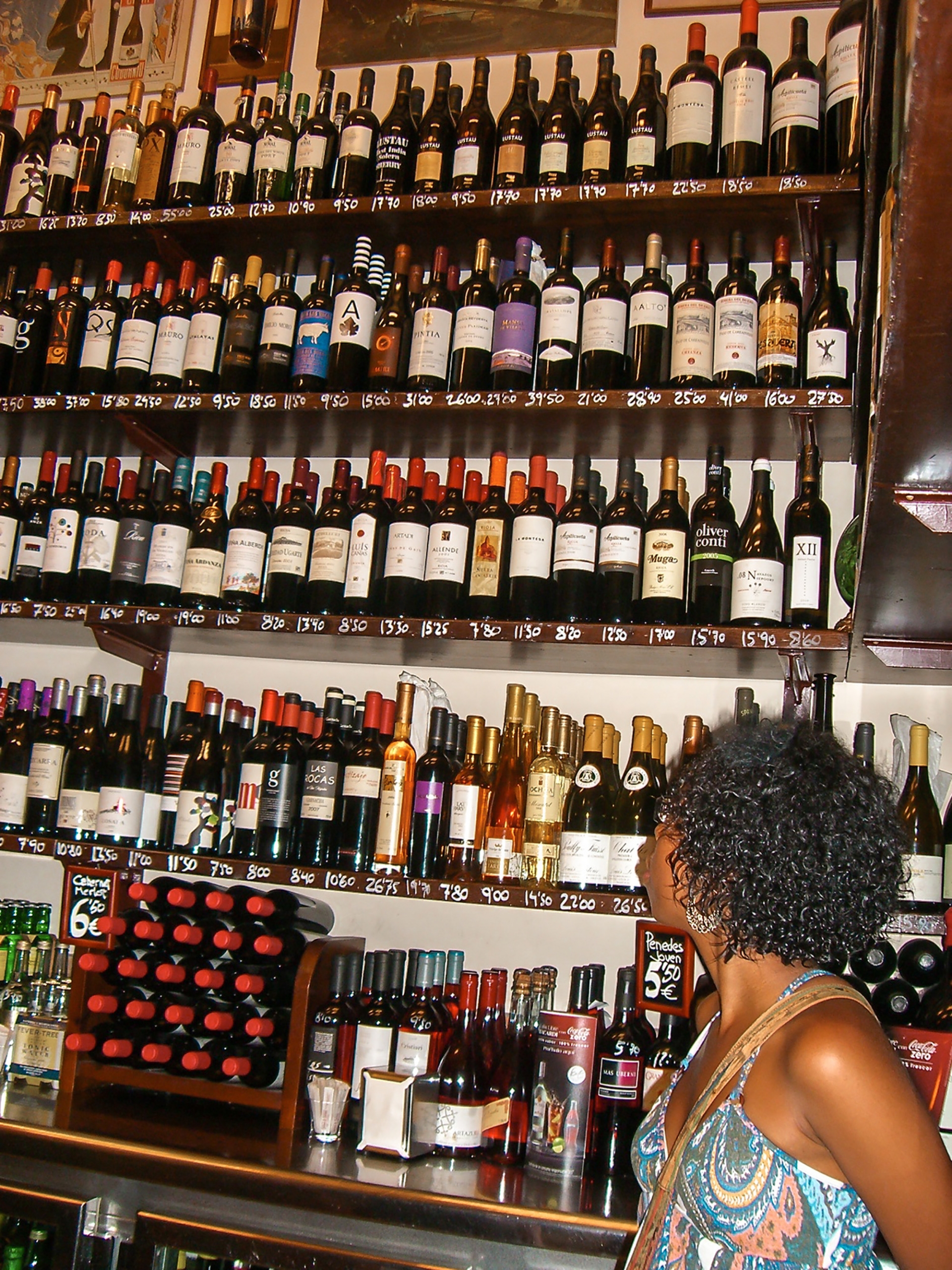 You may be turning your nose up at the idea of canned seafood,  likening it to supermarket flakes of tuna, but in Spain it’s next level. Known as conservas, foods preserved in cans and jars was originally invented at the beginning of the 19th century by a Frenchman named Nicholas Appert.

This canning technique not only allowed for easy transport to the French army during lengthy war campaigns but retained the nutrients of the food. Nowadays, it’s considered a gourmet method that uses the highest quality ingredients. The taste is affected by by the cut, the number of pieces of sea creature is in the tin, and the amount of time the product has been aged, much like wine. 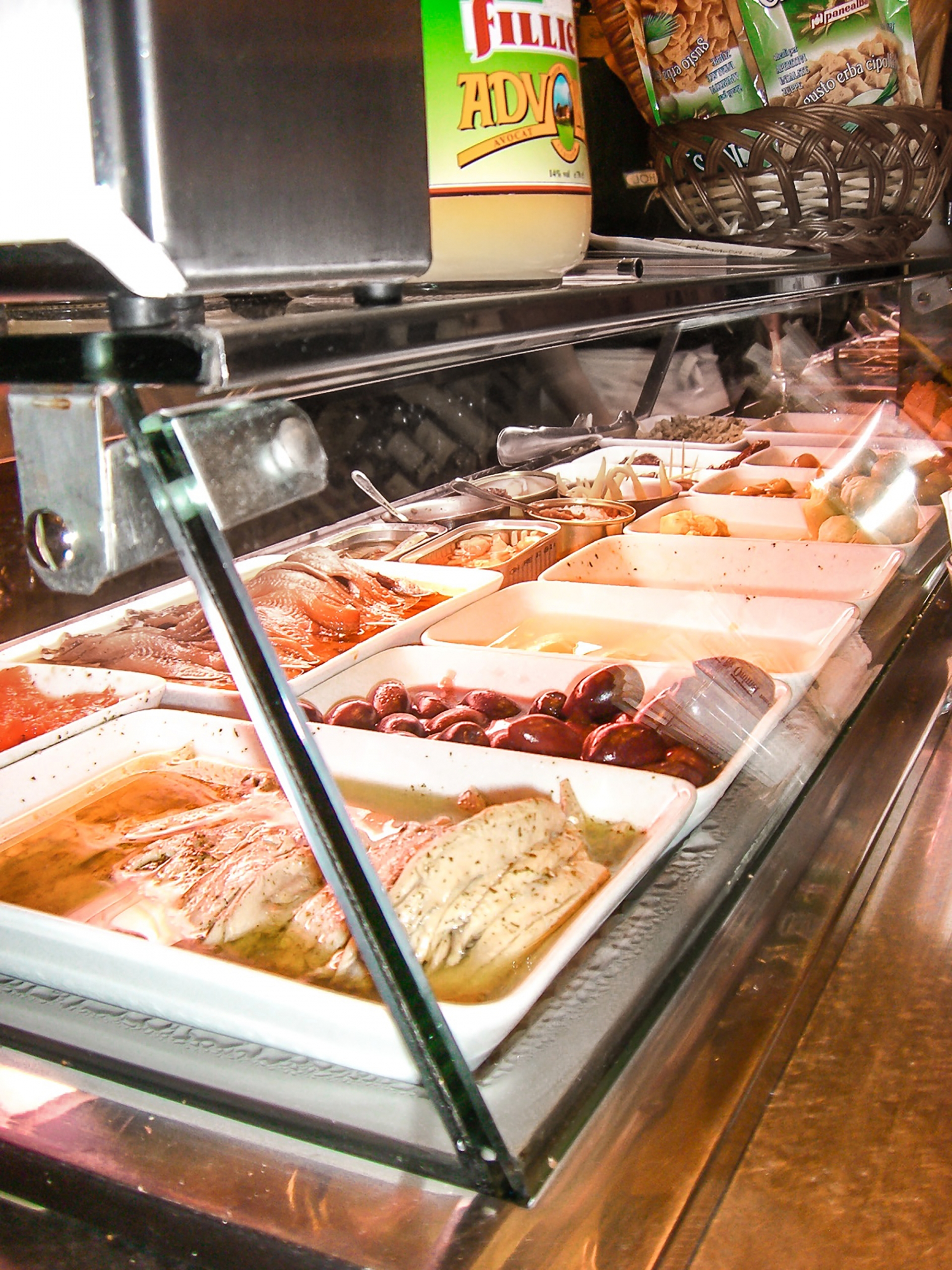 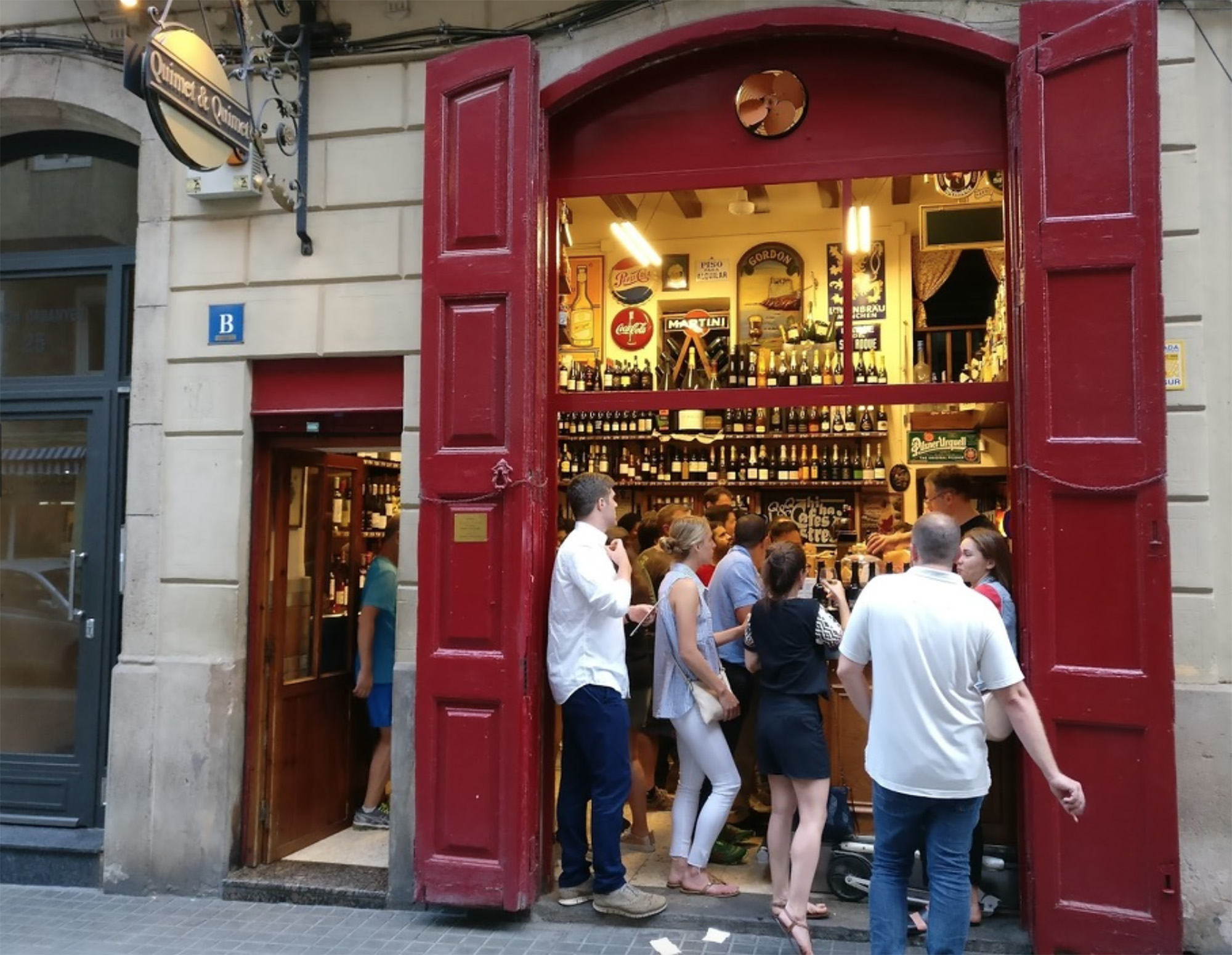 Usually cramped full of tourists and locals alike, we had been lucky enough to visit Quimet & Quimet on a slow day and managed to snag coveted standing space, conveniently next to a barra (counter).

In typical tapas-bar fashion, there are no seats to be found at this Anthony Bourdain-approved establishment. Apparently, standing while munching on tapas (appetizers or small portions of Spanish cuisine) is the norm as it makes it easier to mingle before moving on to the next spot to graze. 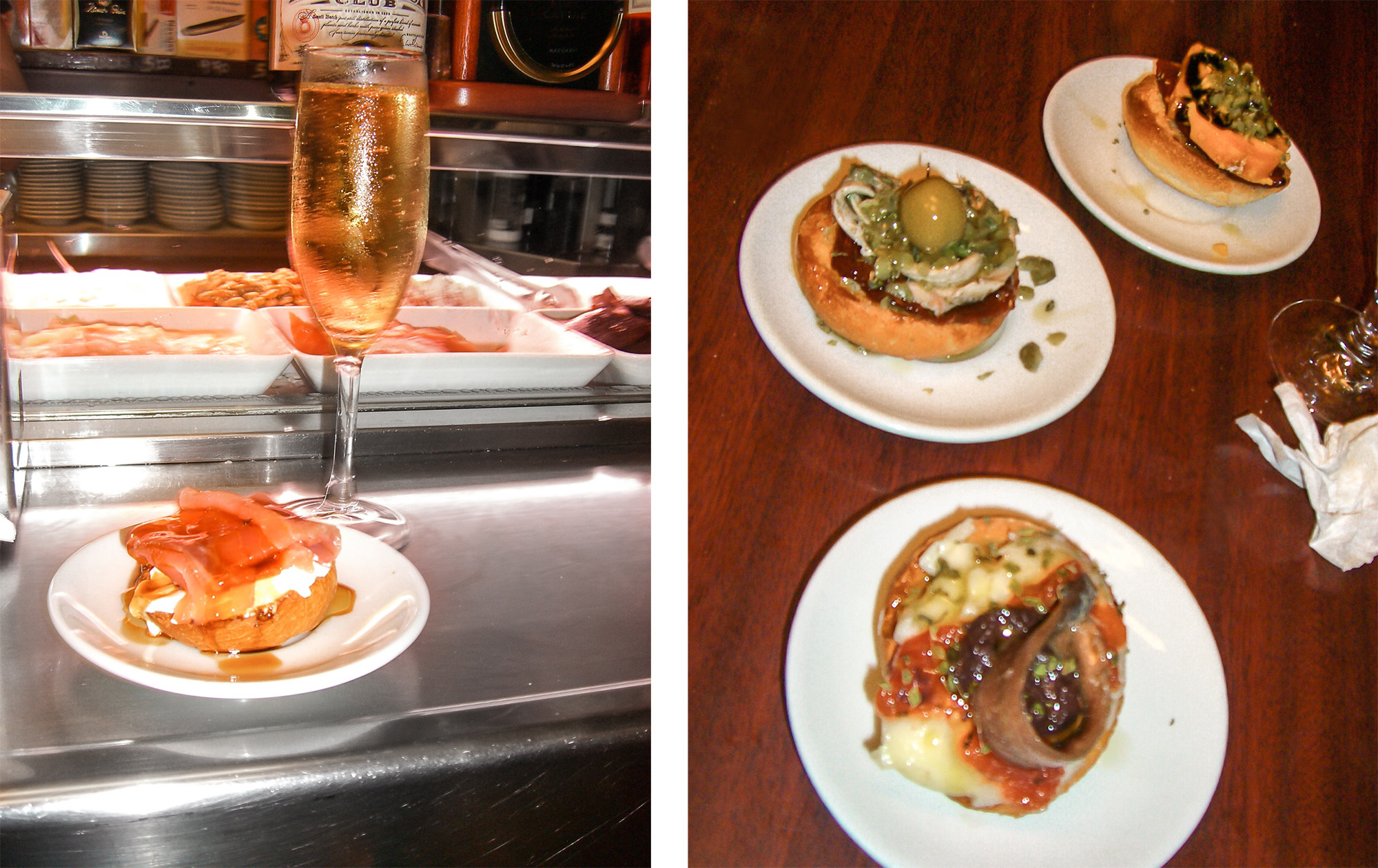 Blurry images: The result of a time before high quality smartphone cameras

My hungry counter-mates and I perused the hanging menu, not that it did us much good since it was in Spanish. While tapas are what’s en vogue throughout the country, Quimet & Quimet is known for their montaditos — small, open-faced sandwiches with no set ingredients that are technically considered tapas.

In extremely truncated Spanish, my hungry counter-mates and I requested that various combinados of montaditos be delivered to us until we cried “uncle.” We didn’t know enough Spanish between us to understand the menu let alone order more specifically. Leaving it up to the staff was a good solution. 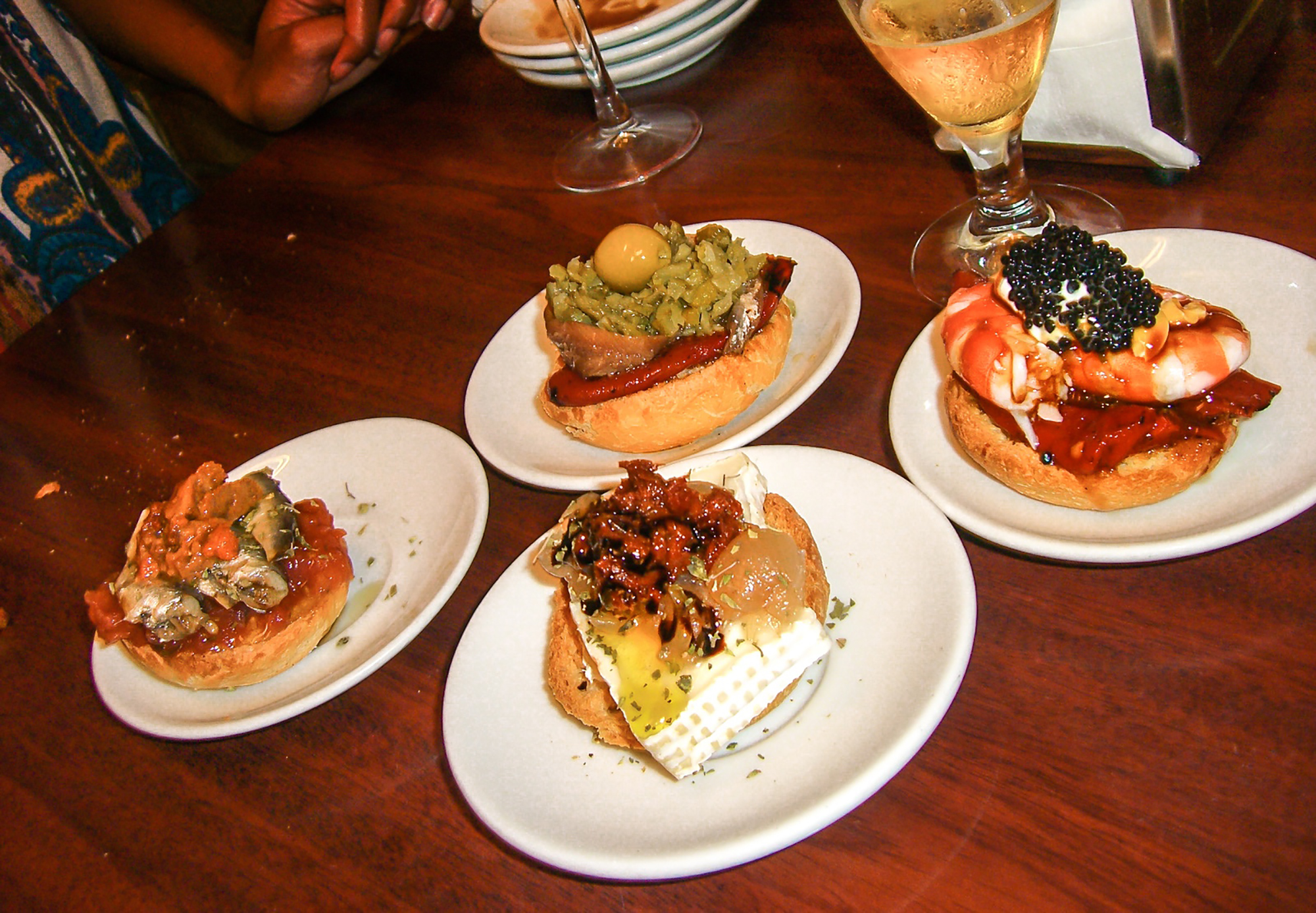 As composed as ever, I clapped with unrestrained joy as plate after plate arrived before us in a parade of culinary excellence. Putting my glass of cava aside, I started with a montadito that was thickly smeared with tangy Greek yogurt, topped with silky smoked salmon dripping with truffled honey. Oh. My. Gah.

A heavenly contrast of flavours that resulted in gustatory nirvana.

Next followed a montadito holding a thick rectangle of creamy Brie — rind and all — adorned with tomato marmalade, olive spread, and anchovy, while another order paired gigantic, striped prawns with sweet red pepper, topped with cream and a generous dollop of black caviar.

To be honest, I lost track of the montaditos after the first three and my fingers were too sticky with honey and olive oil to continue taking photos. All I remember is that each bite we took of these crispy buns, piled 2 inches high with gourmet conservas, was pure ecstasy.

Eventually, our poor, distended bellies couldn’t take anymore. Breathing heavily with exertion, we requested “la cuenta” before waddling our way back to our hostel to sleep off our montadito feast. Even 10 years after my trip to Barcelona, this meal at Quimet & Quimet stands out in my mind as my most treasured foodie memory. 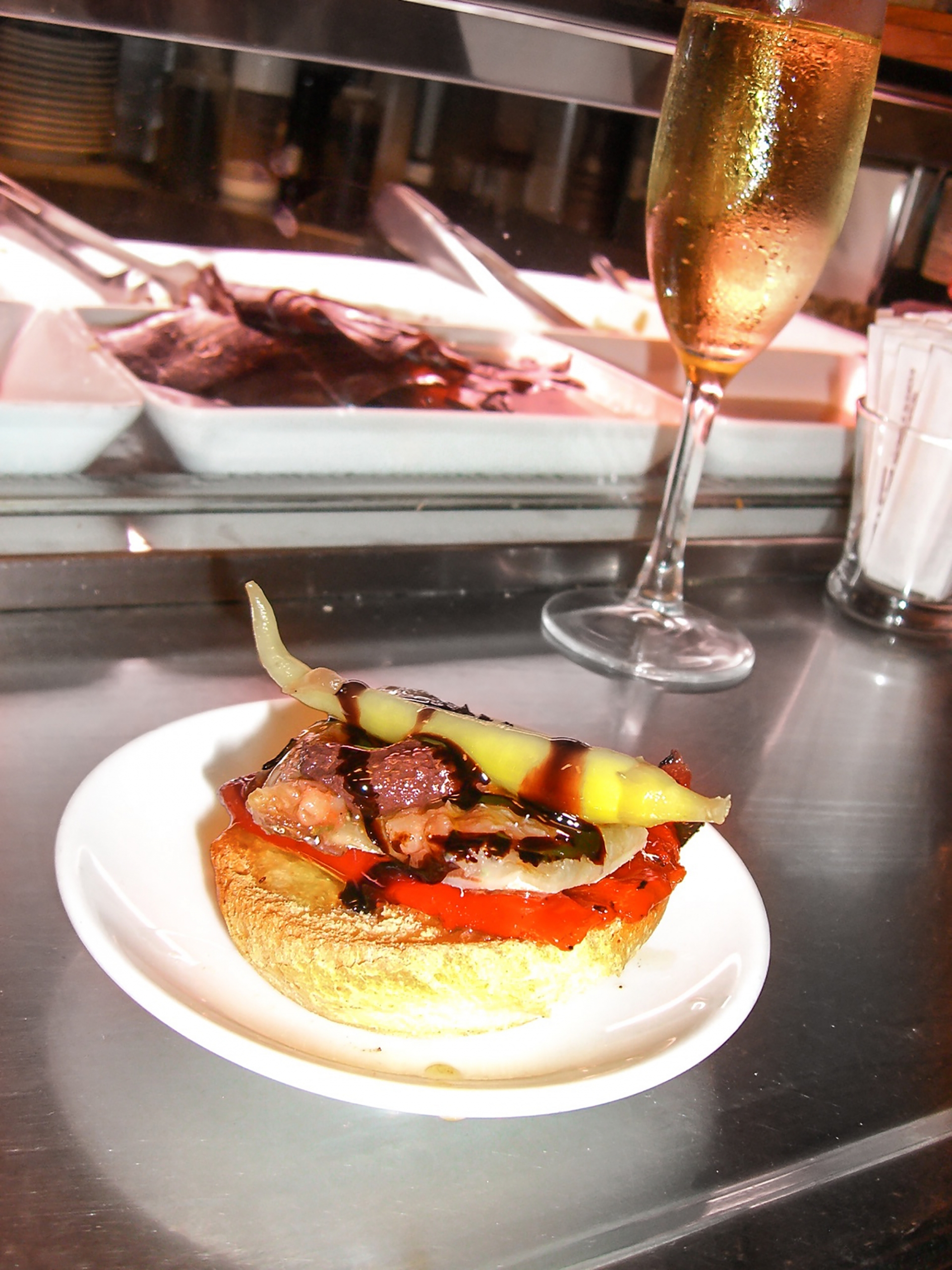 + Arrive early: There’s usually a line before they even open and Quimet & Quimet has limited space.

+ Wear comfortable shoes: After a day of exploring Barcelona, your feet will be screaming at you. Since there are no seats, be prepared to stand for the duration of your meal.

+ Staff’s Pick: Unsure of what and how much to order? Do like we did and leave it to your server. They’ll be honest and they know what the best dishes are. You can always tell then specific ingredients that you like or dislike — scallops, razor clams, salmon, all of the above, etc…

+ Settling up: When you’re finished, simply request la cuenta (the bill) and settle up.

As I went to Barcelona a decade ago (a mere baby!) — way before I started blogging — I didn’t get great photos. What can I say? It was WAY before high quality smartphone cameras became a thing. However, I talk about Quimet & Quimet so often that I figured I should write about it. Hopefully my descriptions were enough to paint a picture to incite excessive salivation. 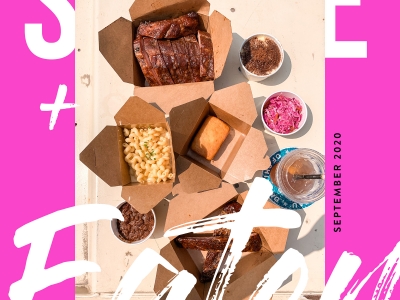 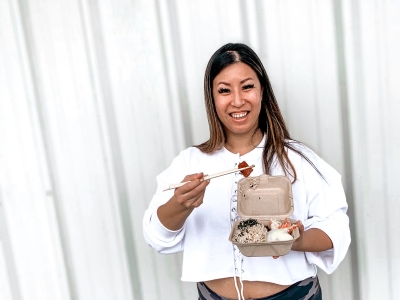 A Drool-Worthy Guide To Where To Eat in Hilo, Hawaii 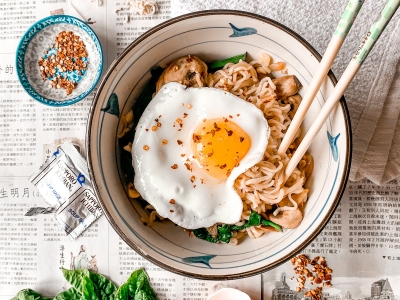 The Best Ramen Stir Fry To Make Use Of Your Leftovers

This error message is only visible to WordPress admins

Make sure this account has posts available on instagram.com.