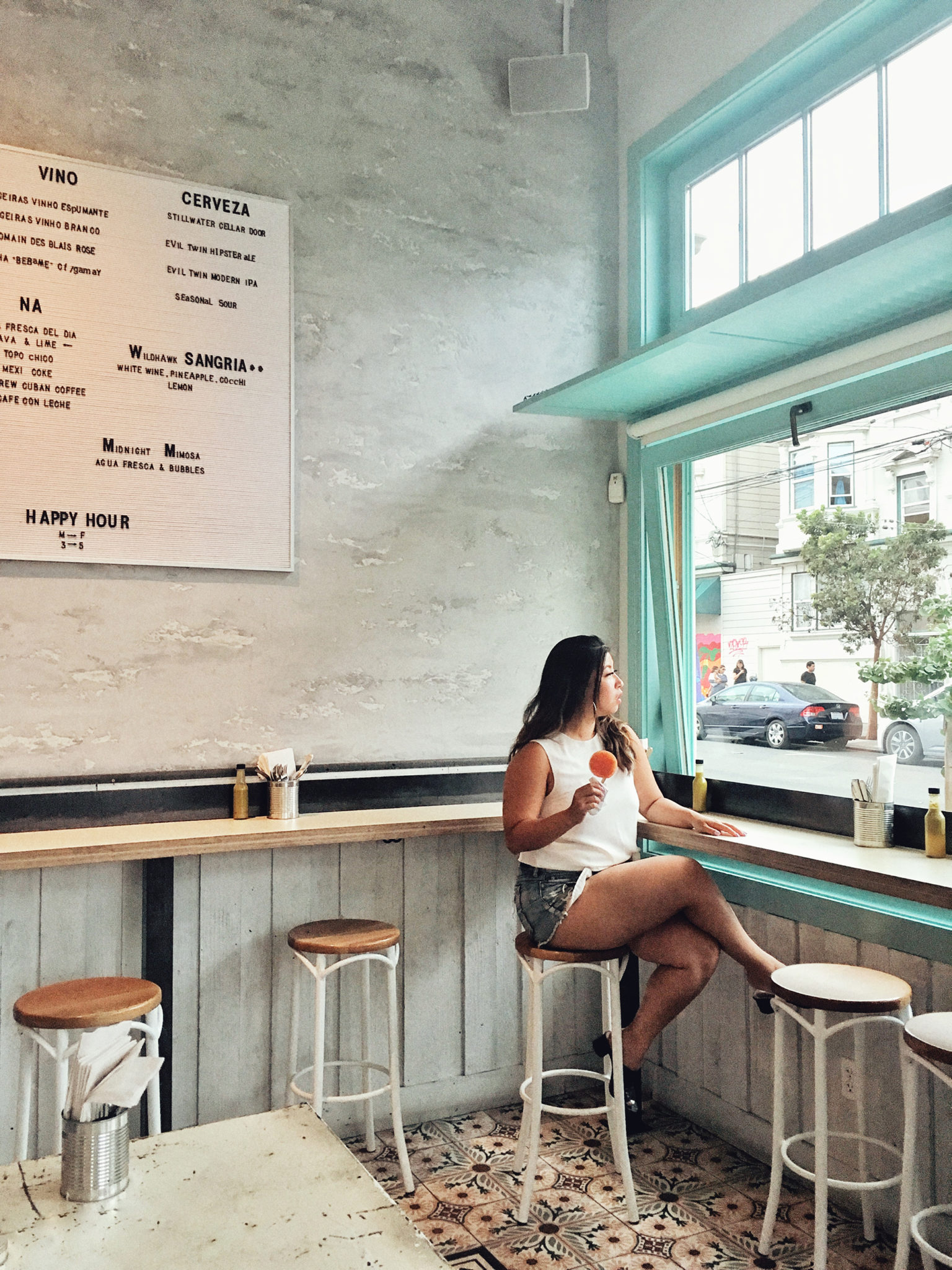 It’s hard for me to sit still when there’s a new city, ripe for exploring, but after three days of hardcore outdoor activities at Pursuit Series in the nearby Sanborn County Park, my body was wrecked. I had a scant 24-hours in San Francisco and since I had my accommodations sorted – I was squatting on Kelly’s couch – I turned my attention to how I was going to spend the day.

Despite everyone I know telling me that I’d just loooovvveeee San Francisco, I only knew a total of 3 things before my visit: 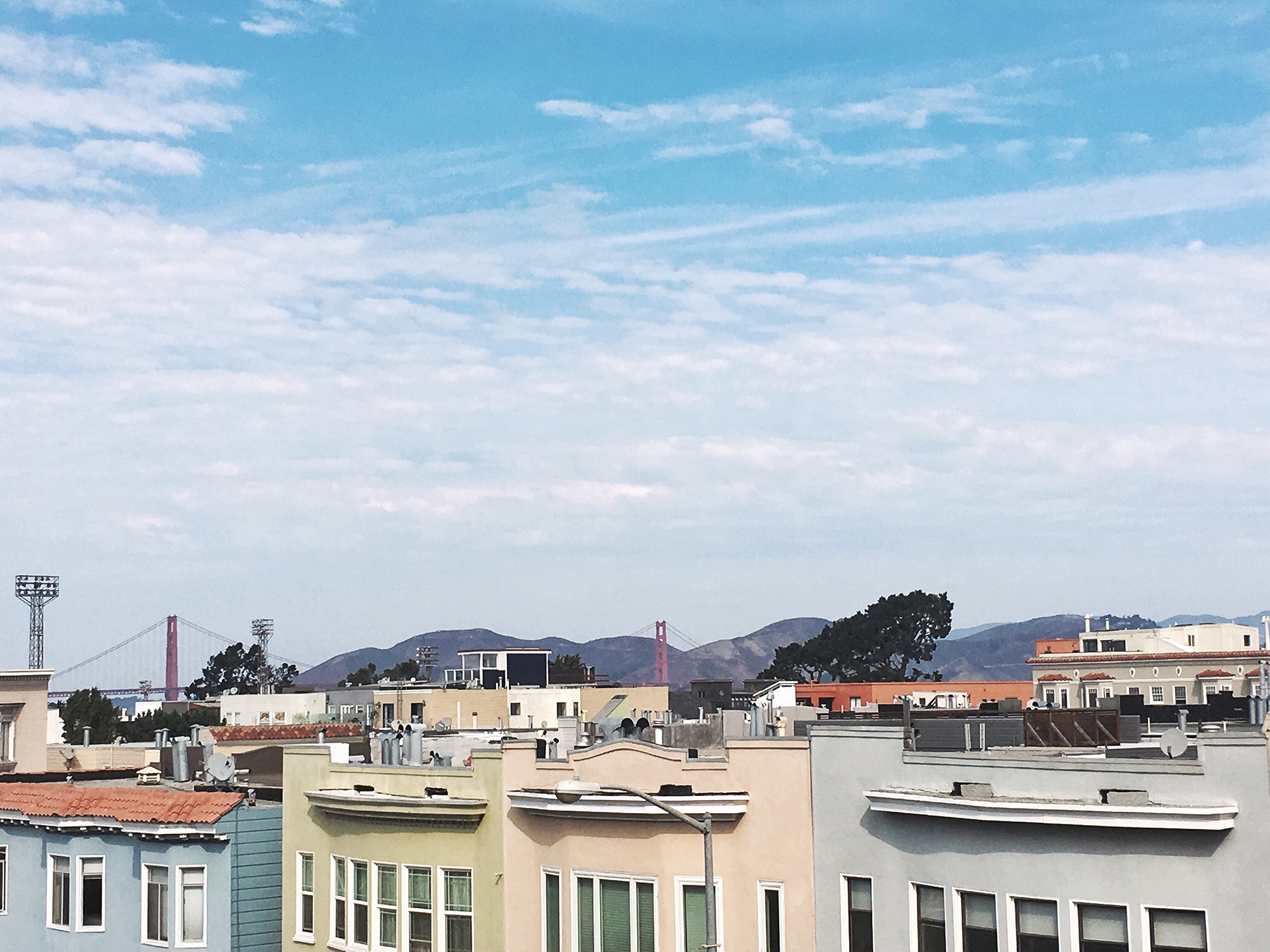 1/ They have a fog that is so ever-present and enveloping that they’ve given it a name: Karl (of all things!). AND it (he?) has it’s own Twitter handle @KarlTheFog

2/ Only outsiders call San Francisco “San Fran” or “Frisco”. A true local refers to the city as “SF”.

3 / They have a bomb foodie culture.

I pared down my usual travel to-do list to the most important item: eating ALL THE FOODS! One day I’ll have more time to do a more thorough culinary discovery of the city but in the meantime, this is how I ate my way through San Francisco in 24-hours with my ever-patient impromptu photographer and occasional SF resident, Kelly.

9AM:  PASTRIES FOR BREAKFAST 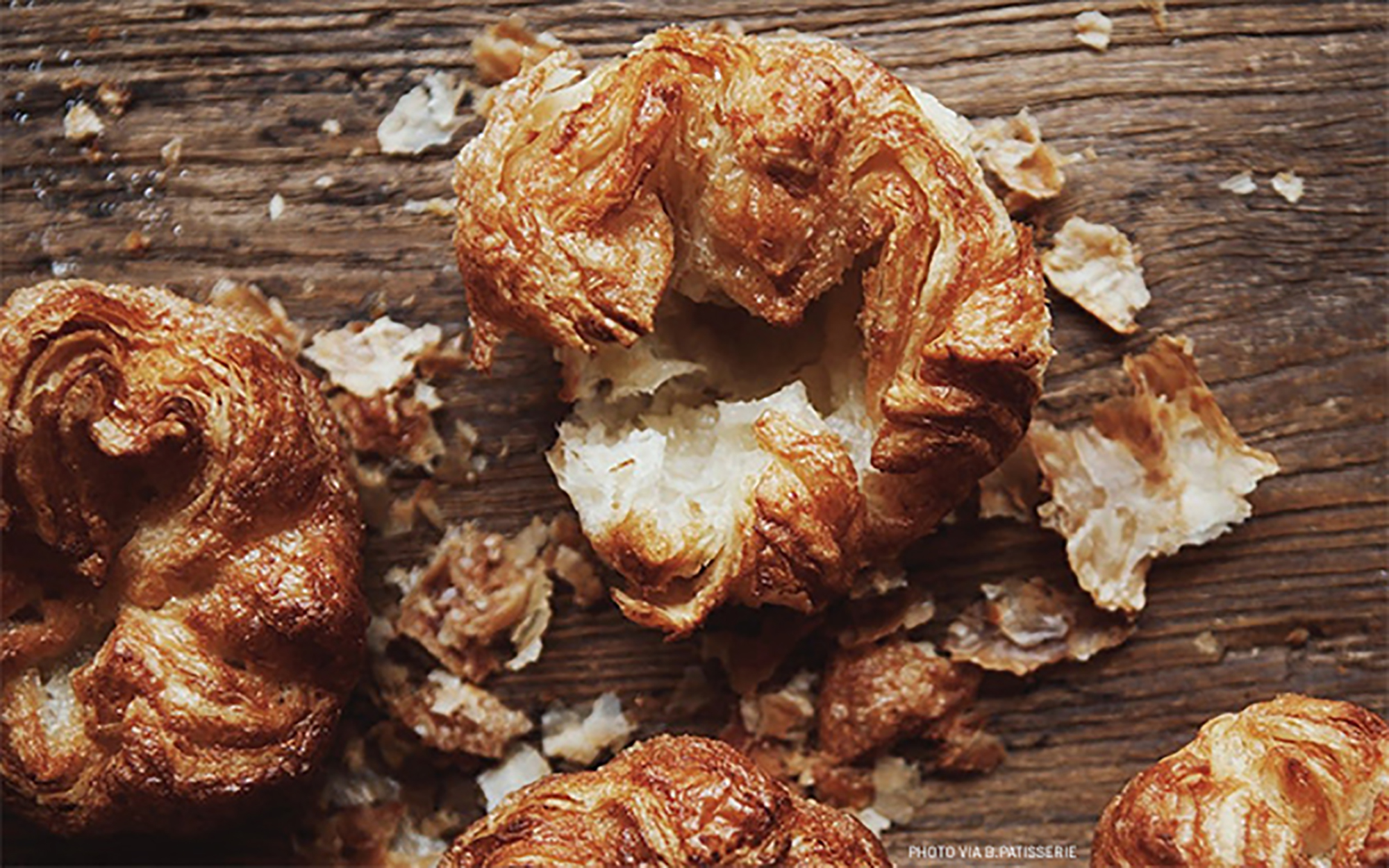 While Kelly and I slept in at her apartment in the city to give our broken bodies much needed rest, her mom went about her regular routine whenever she visits her offspring in SF and swung by b. patisserie.

Before I had even cracked an eyelid, she had kindly dropped off some Kouign Amann, a French pastry made of layers of buttery, flaky pastry. Known for serving the best in the world, b. patisserie bakes the muffin-sized cake slowly till the butter puffs up the dough, resulting in a perfect, personal-sized, caramelized croissant with gooey chocolate oozing at the centre. Oh la la!

11AM:  TARTINE ALL MORNING LONG 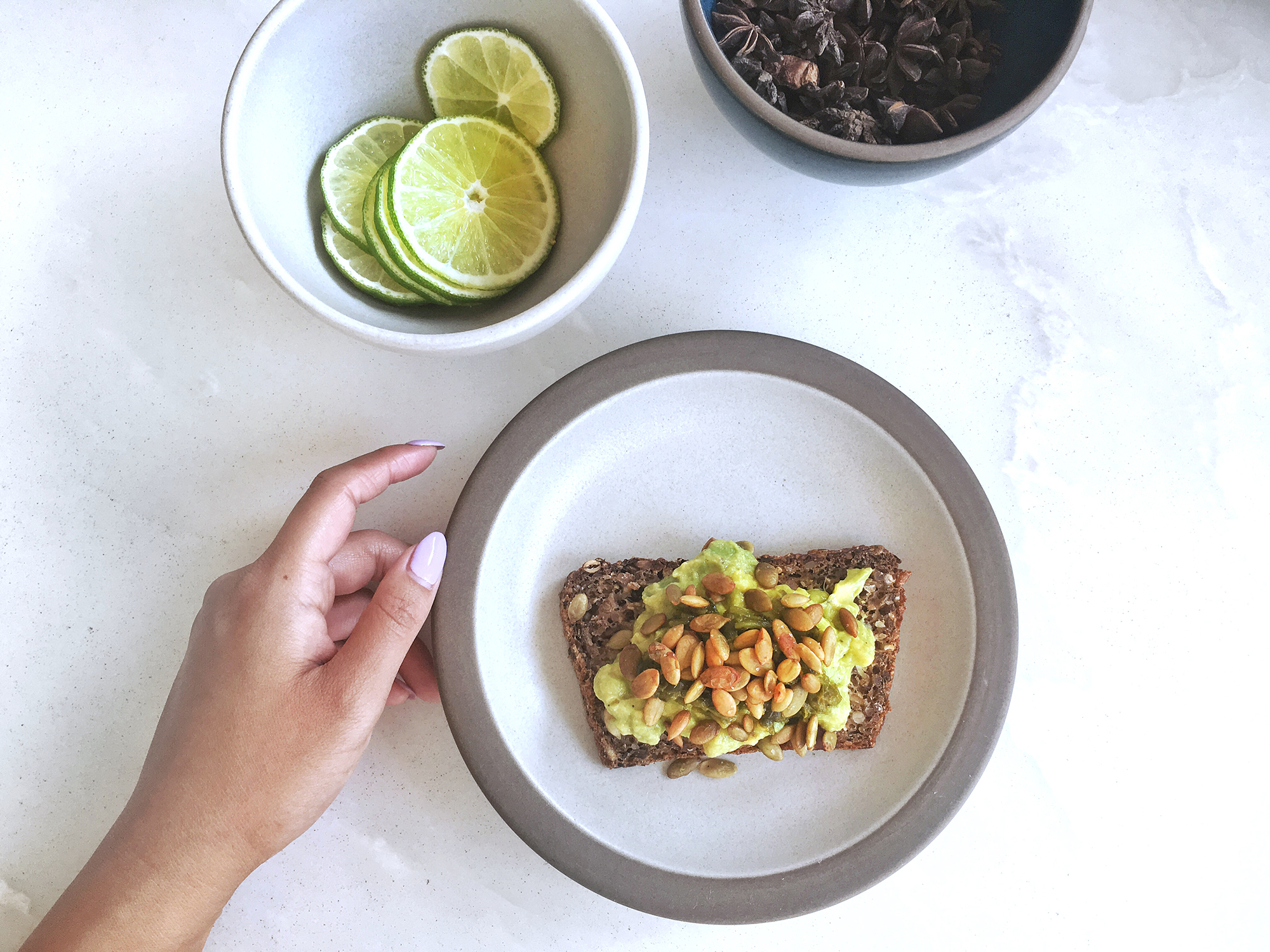 Considered a cult classic in SF, this 500-square foot culinary playground was at the top of my list to visit. Spacious high-ceilings and light-filled, the décor at this dreamy industrial-chic establishment, situated in the Mission, was as Pinterest-worthy as the food. 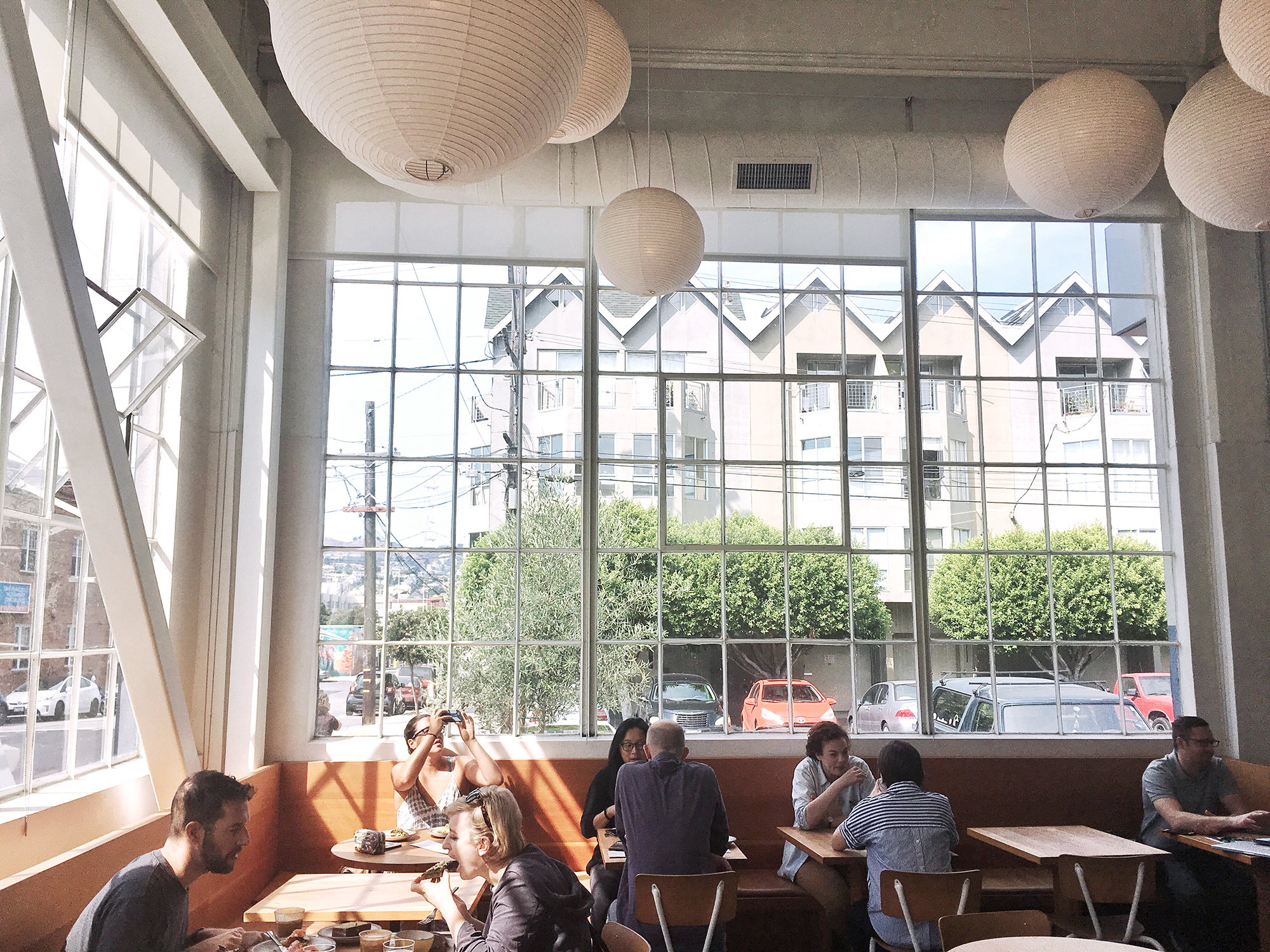 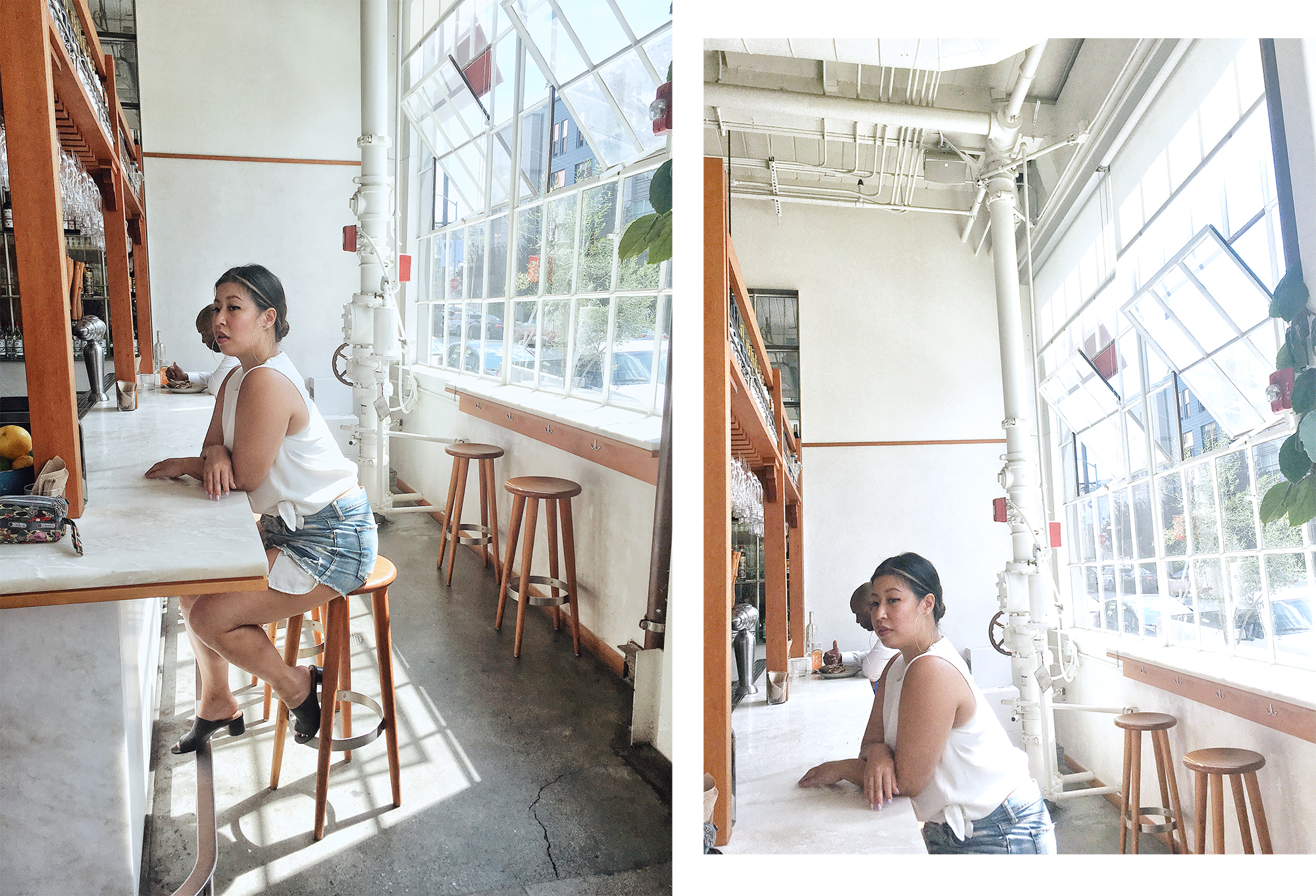 In an ode to the name of the establishment, we started our culinary saga with tartines, a fancy name for slices of bread with sweet or savoury topping. We both ordered avocado tartines, served on the Smørrebrød – an earthy Danish rye bread – baked in-house with a generous smattering of pine nuts piled on top. 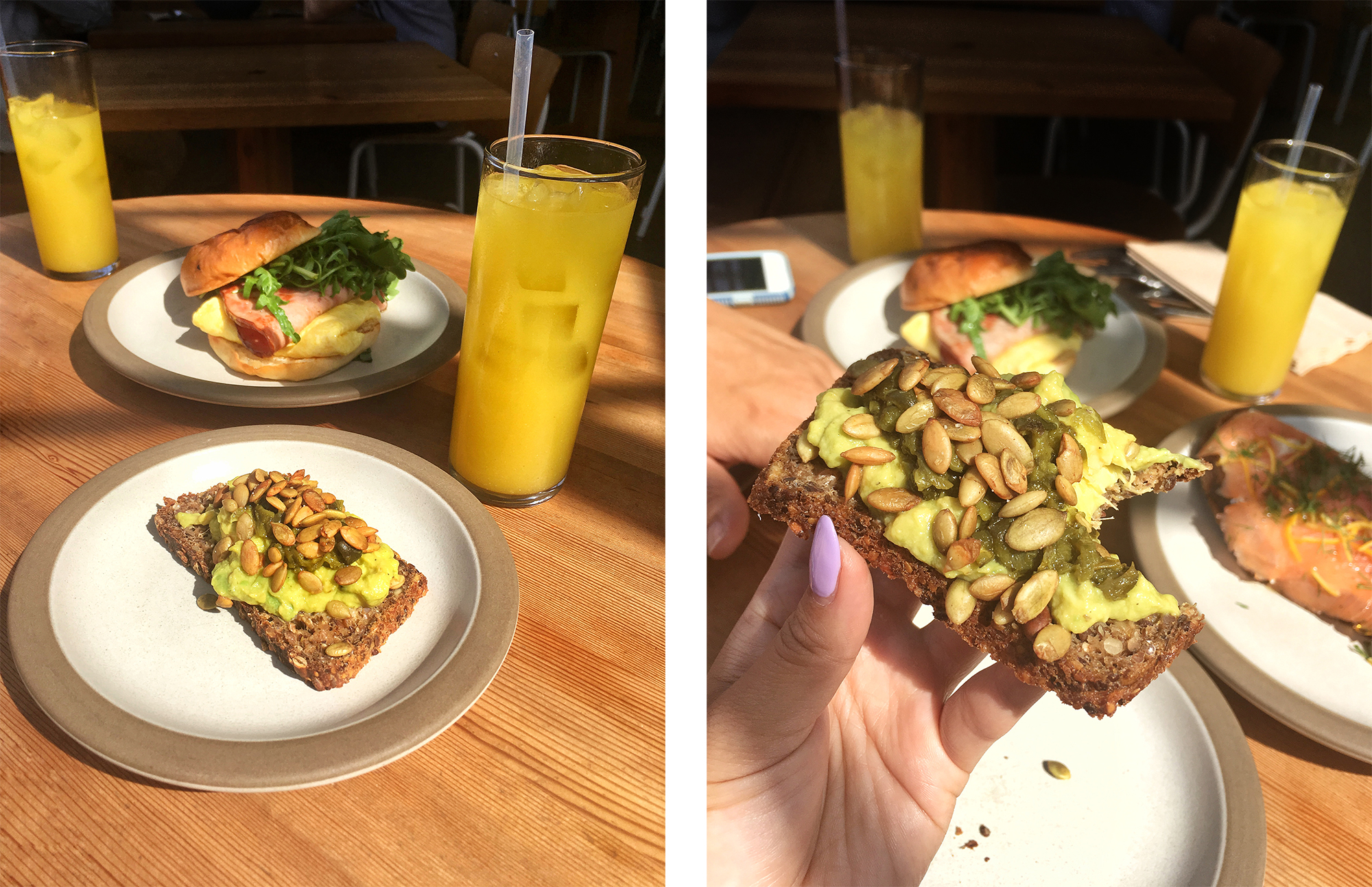 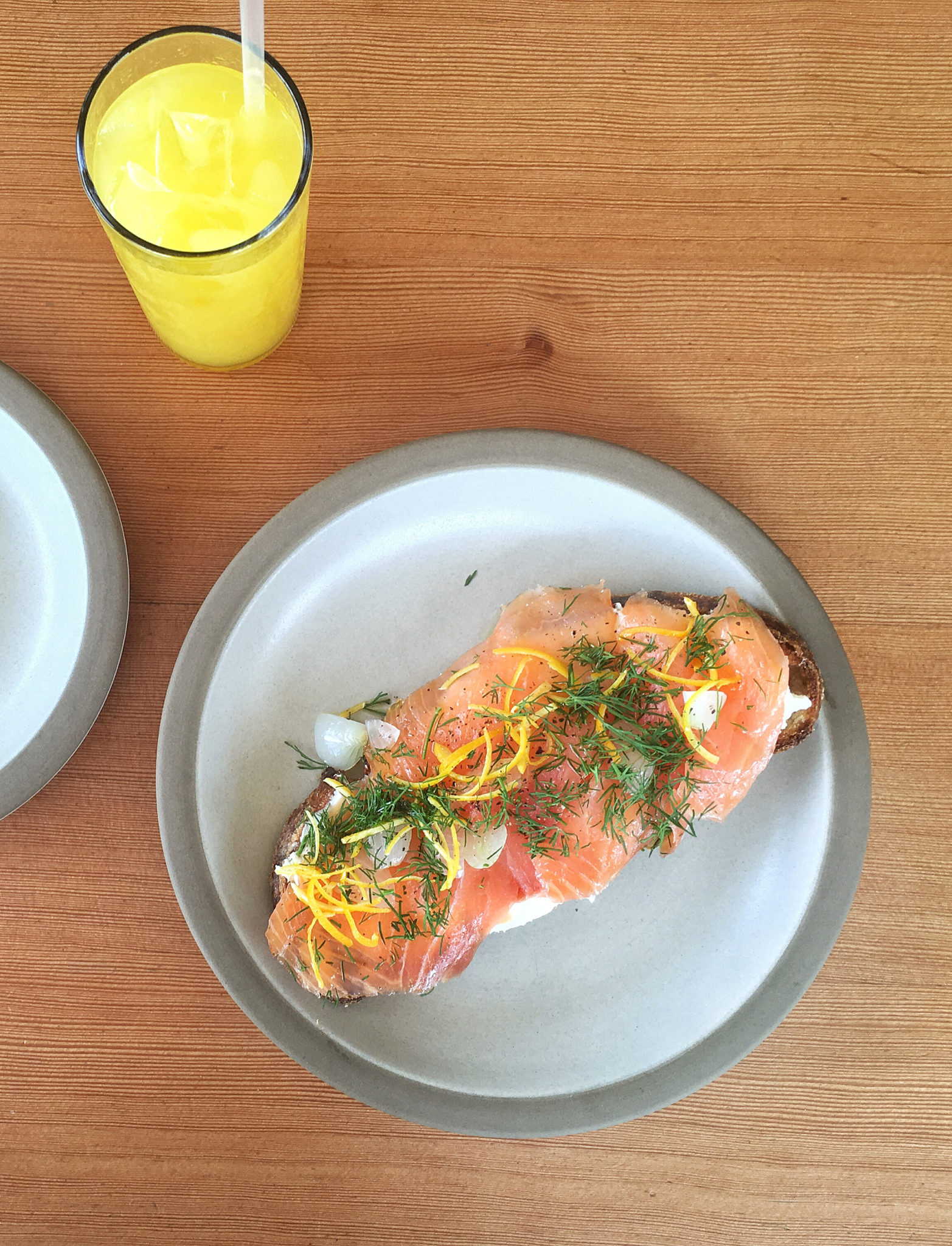 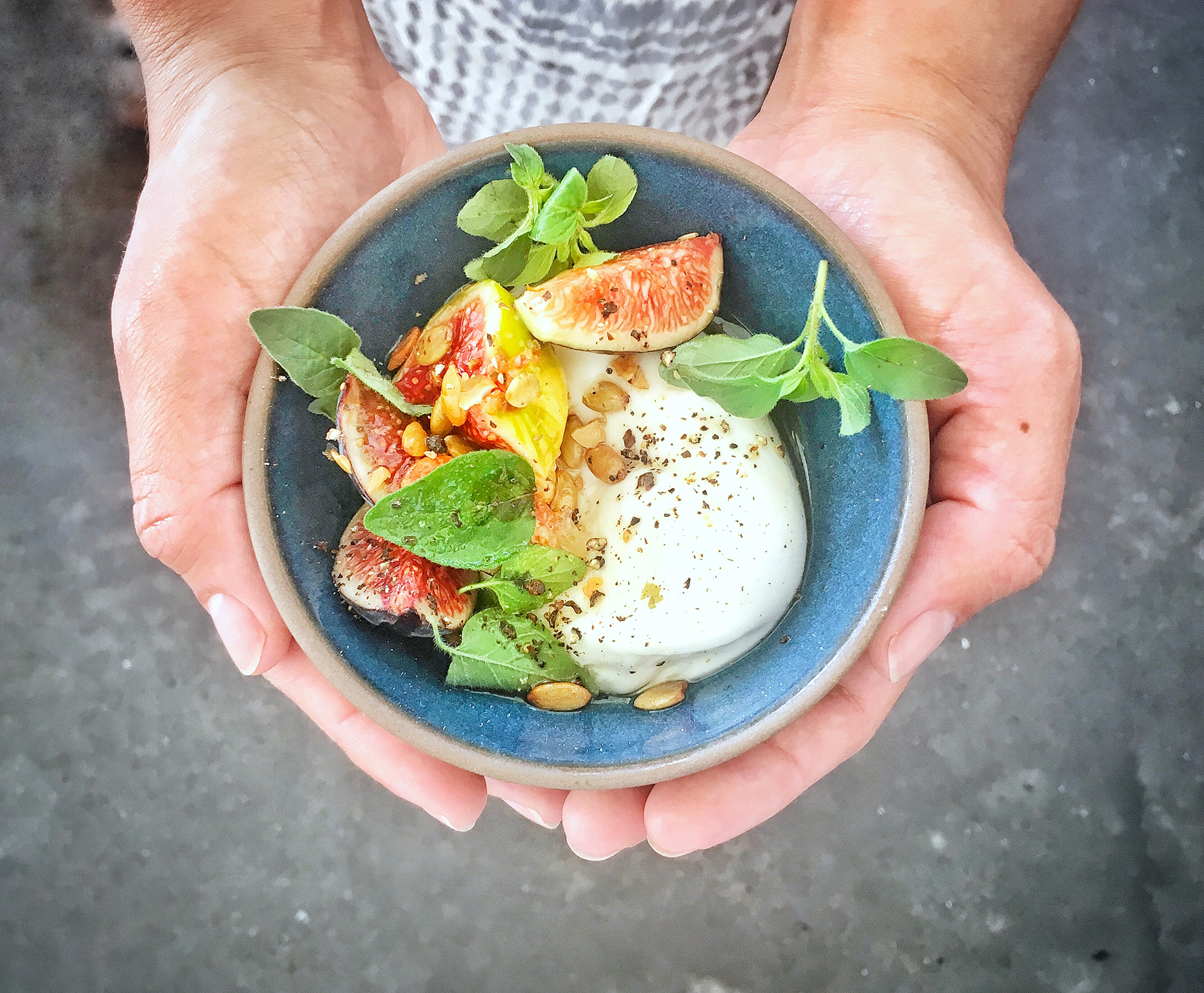 And can I tell you about the burrata?! IT HAD FIGS! And pine nuts. It was gorgeous, both in presentation and in taste. I cried, but only a little. 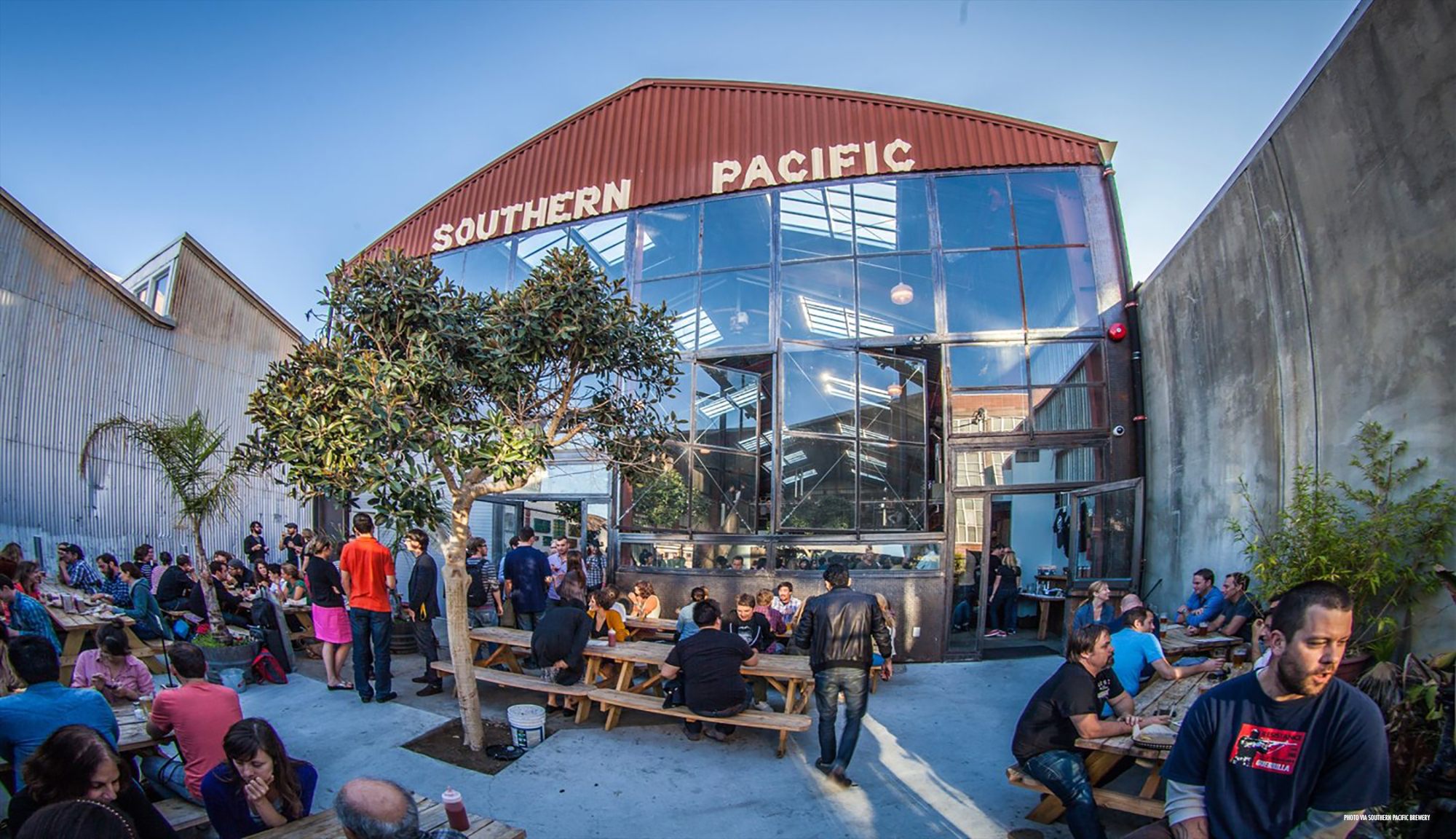 I really need to stop accepting rides home from strangers and wandering into abandoned buildings, like the converted warehouse that Southern Pacific Brewing is housed in. I was in awe of the expansive industrial space that was drenched in natural sunlight, renovated into a brewery and pub with recyclable materials and filled with leafy trees with trunks wrapped festively with twinkle lights. The perfect spot for an afternoon drink to enjoy the glorious weather! 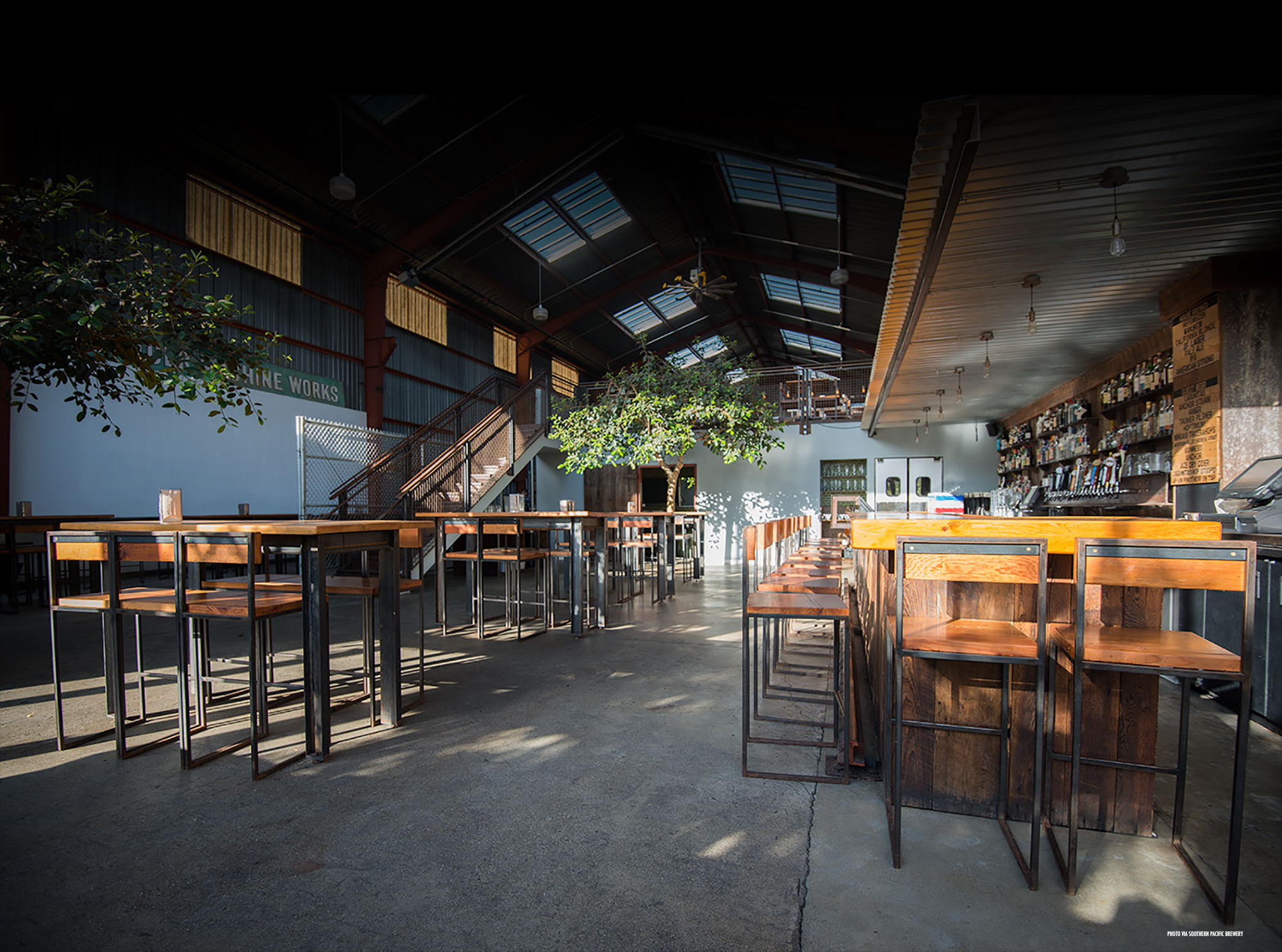 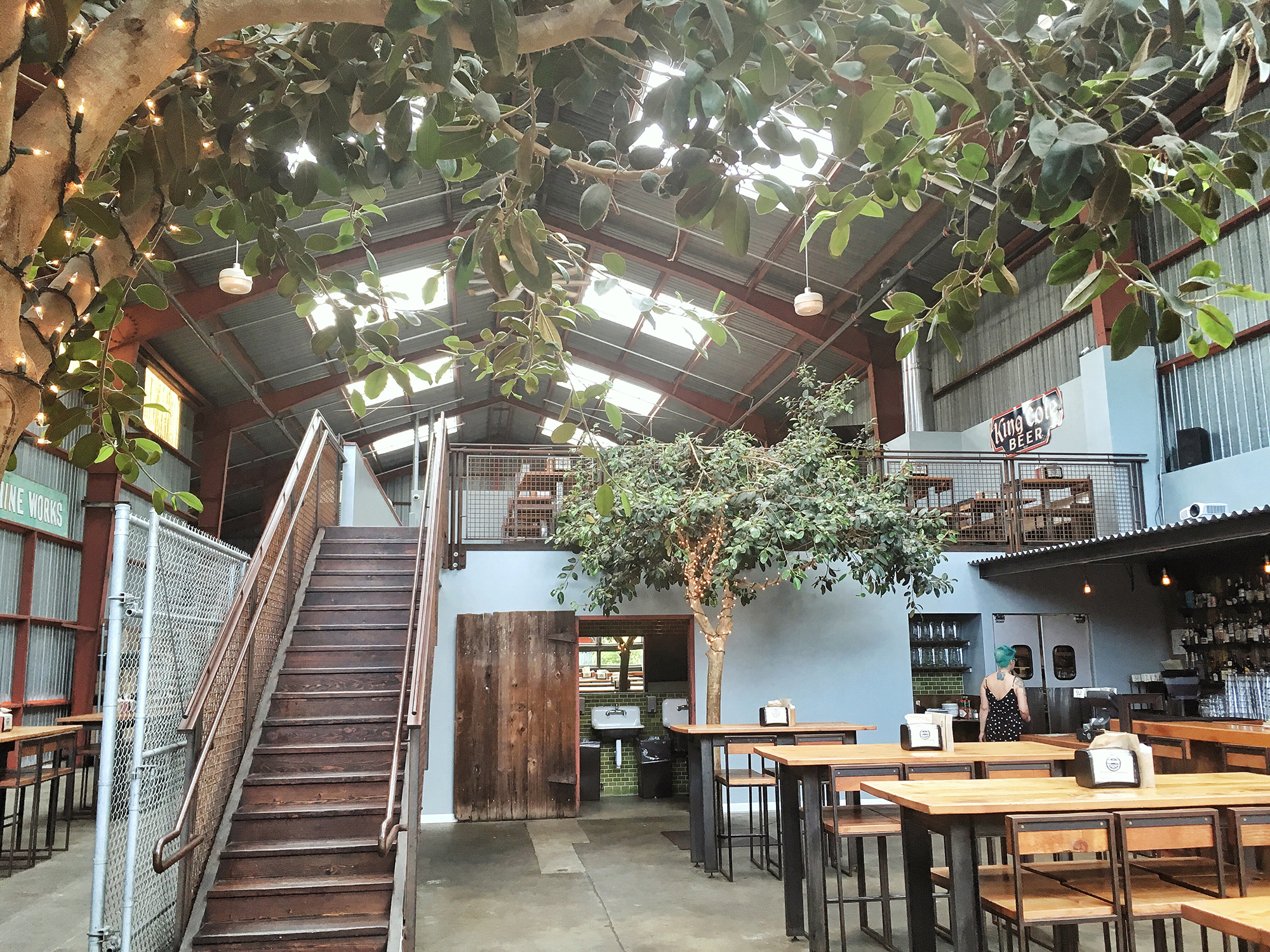 If you’re lucky, you’ll be able to grab a beer and a spot out front at a picnic table under some shade out to protect yourself from the SF rays. We still needed time to digest our previous meal so we stuck to beers but I was tempted by the delectable scent of fresh sage fries with garlic and Aleppo sauce that our table neighbours were snacking on beside us.

3PM:  ANY HOUR WITH OYSTERS IS HAPPY 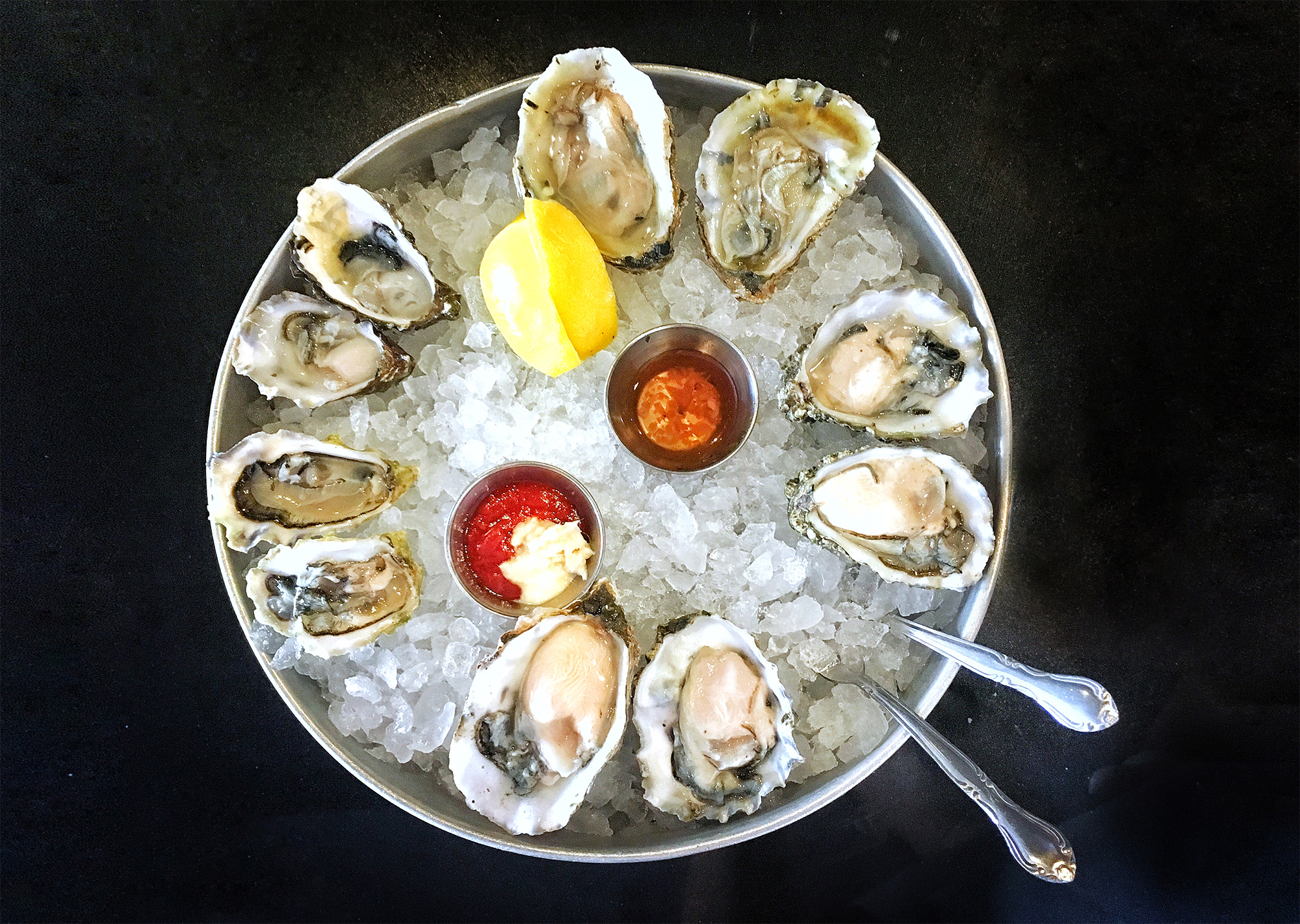 I don’t know much about oysters – where the best kind are from, which I like best, how to shuck them – all I know is that I want as many as humanly possible without dying from over-consumption (see: gluttony). Kelly took me to Mission Street Oyster Bar, one of her frequented haunts, since we were just ambling around the neighbourhood and they have a $2 happy hour more often than not (Mon-Thurs 8pm, Fri, Sat, and Sun, all day!). 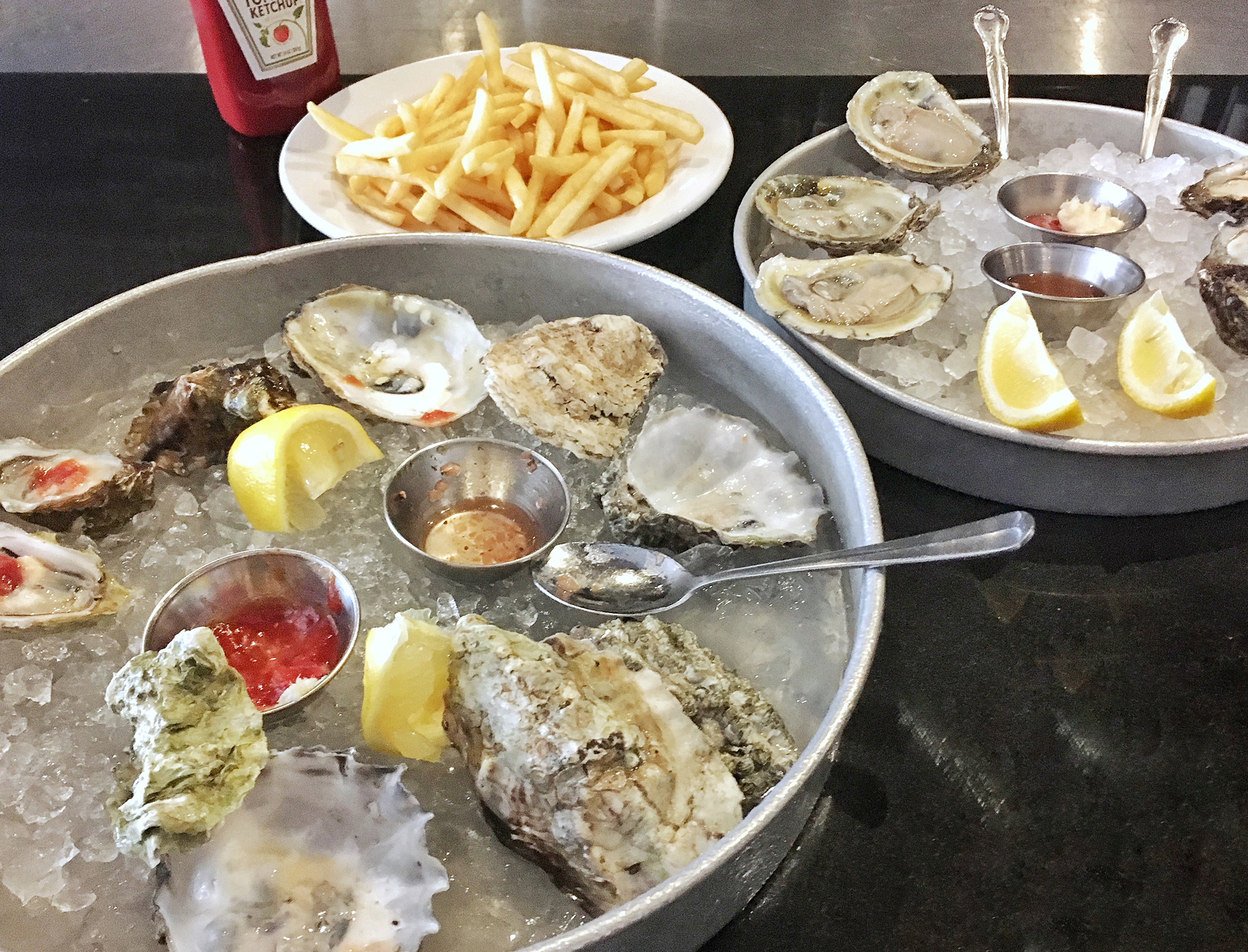 Take the time to slurp down a couple dozen oysters from various regions, plenty on salty, thinly cut fries on the side, and countless glasses of summertime appropriate rosé! 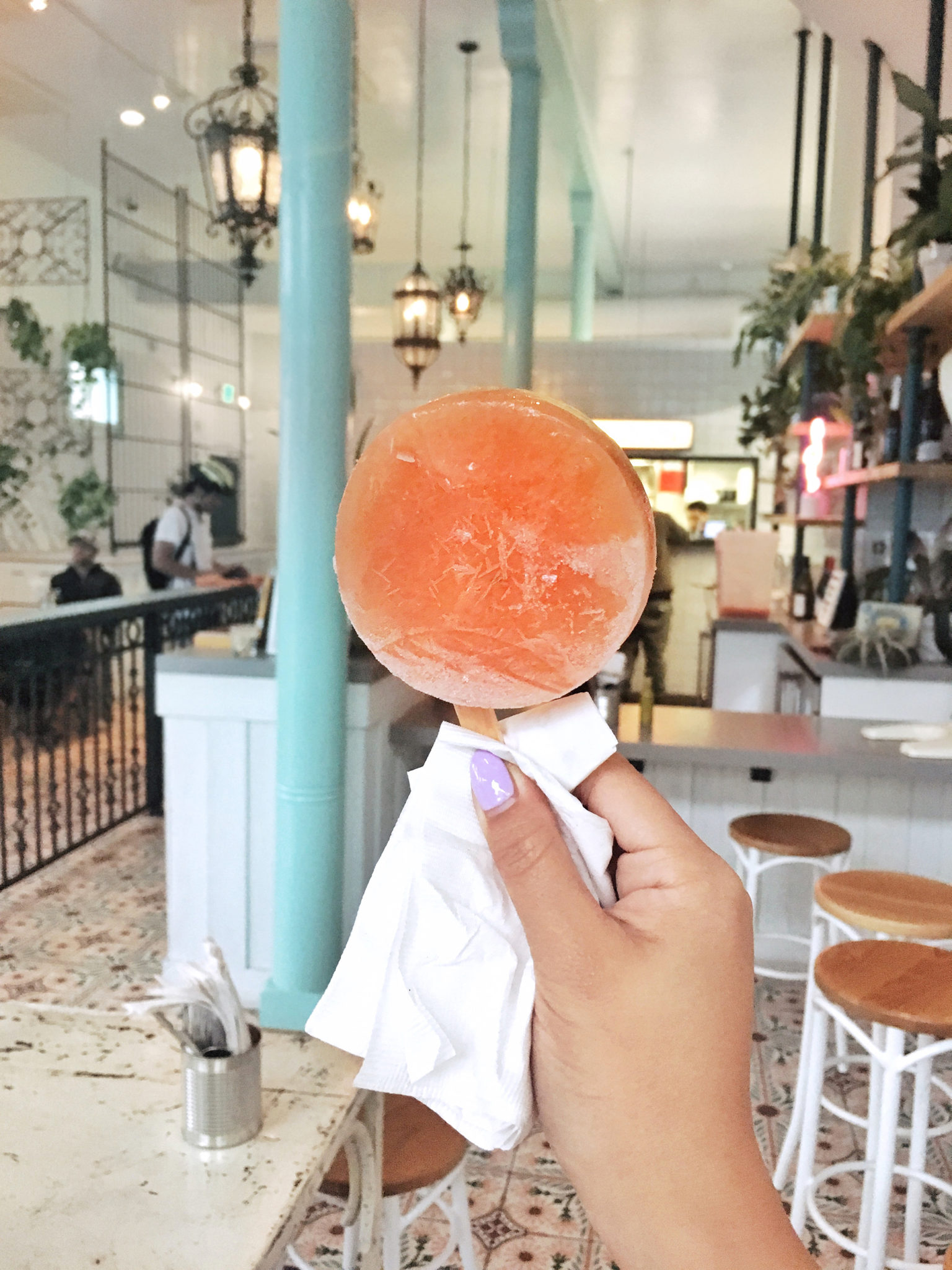 While the guac with plantain chips and chunky guac with cubanos at Media Noche looked like crispy, cheesy, pieces of heaven, by time we arrived we were fit to burst from food and copious amounts of wine. 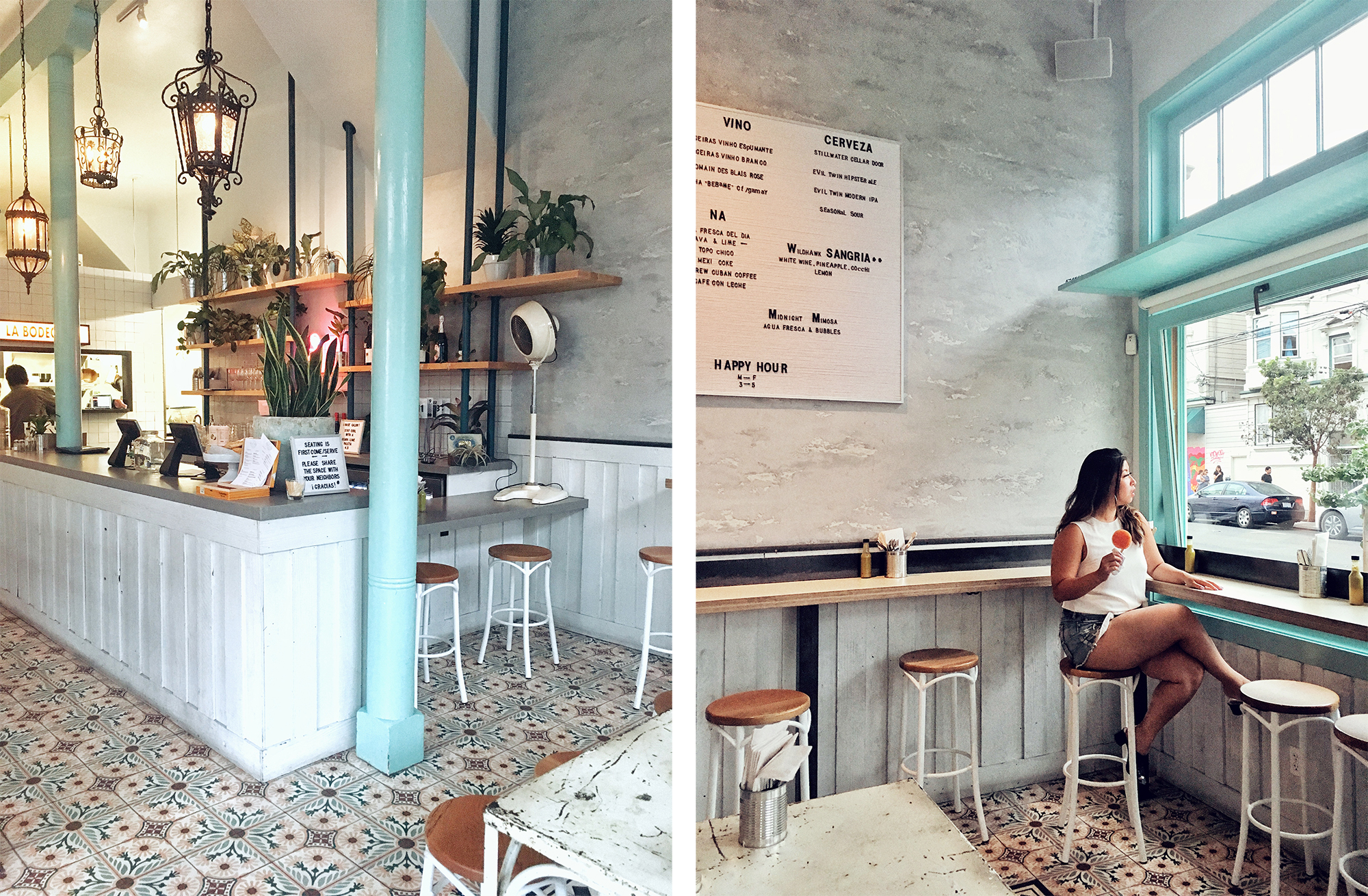 The interior is all white walls and high counters with delicate touches of minty turquoise on the pillars and the frames of the windows, intricate hanging lanterns, and plants flourishing throughout the space. Obviously, the patterned tiles dominate the tagged photos on IG and just as obviously, I took a photo of my feet while there. Don’t judge me. Also, there was banana wallpaper in the bathroom. BANANA!! 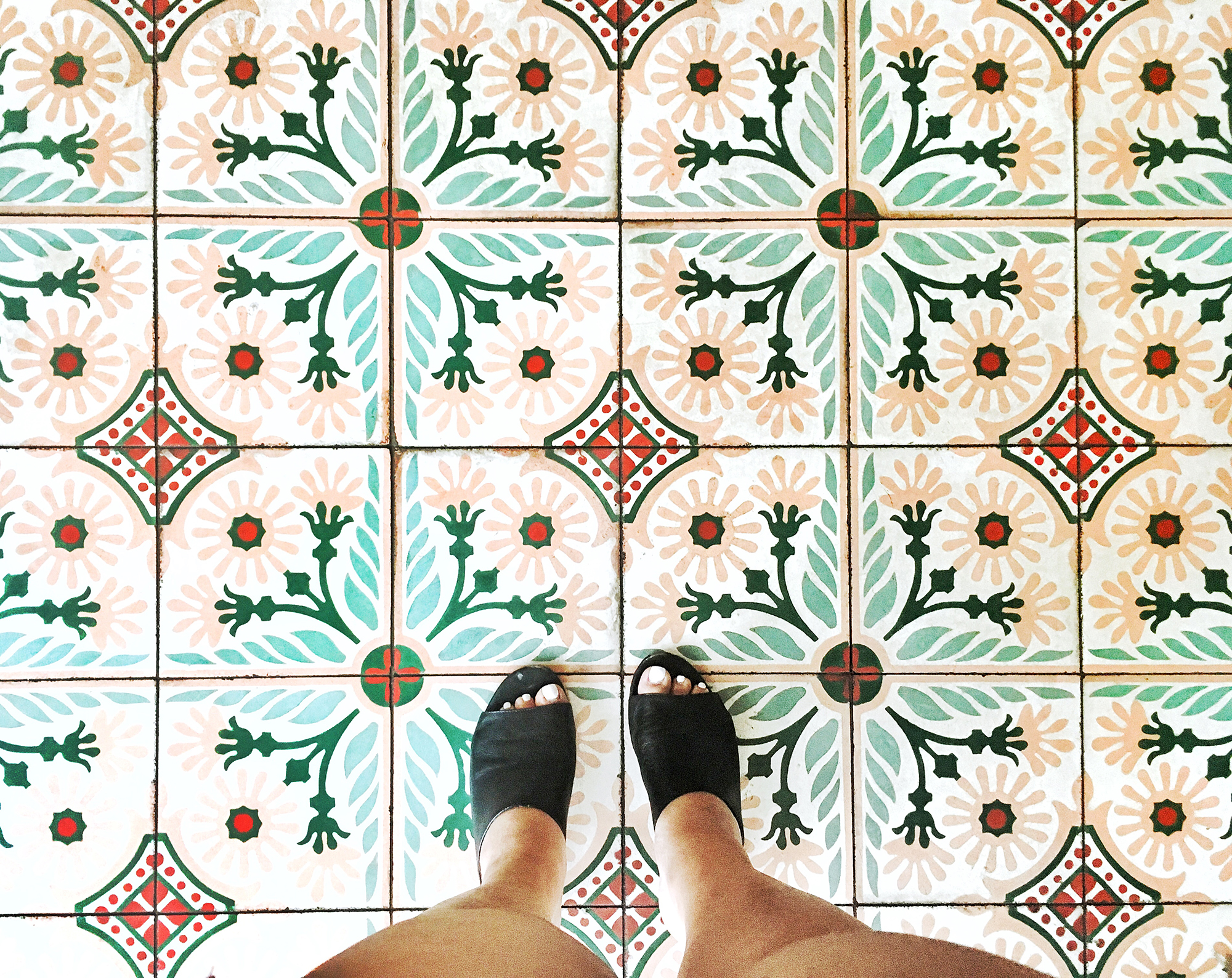 The only thing we could even entertain the idea of eating at this point were refreshing guava lime paletas. They gave me mine gratis (I love free things) because the stick was off-centre. BEST DAY EVER! 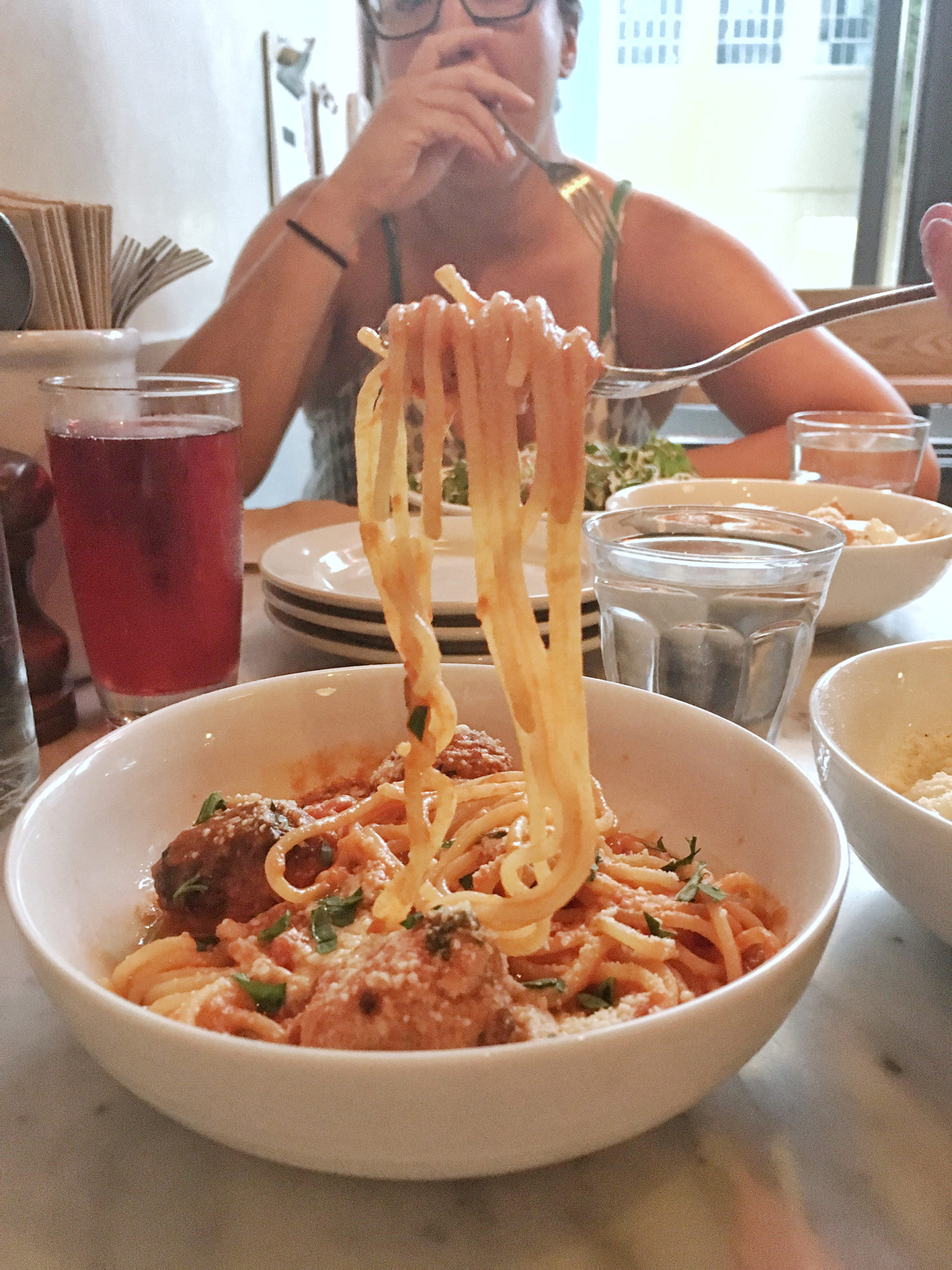 At this point in the night, we were pretty non-sober and it started to rain so we ran all the way to Barzotto to comfort ourselves with the ultimate comfort food: pasta. 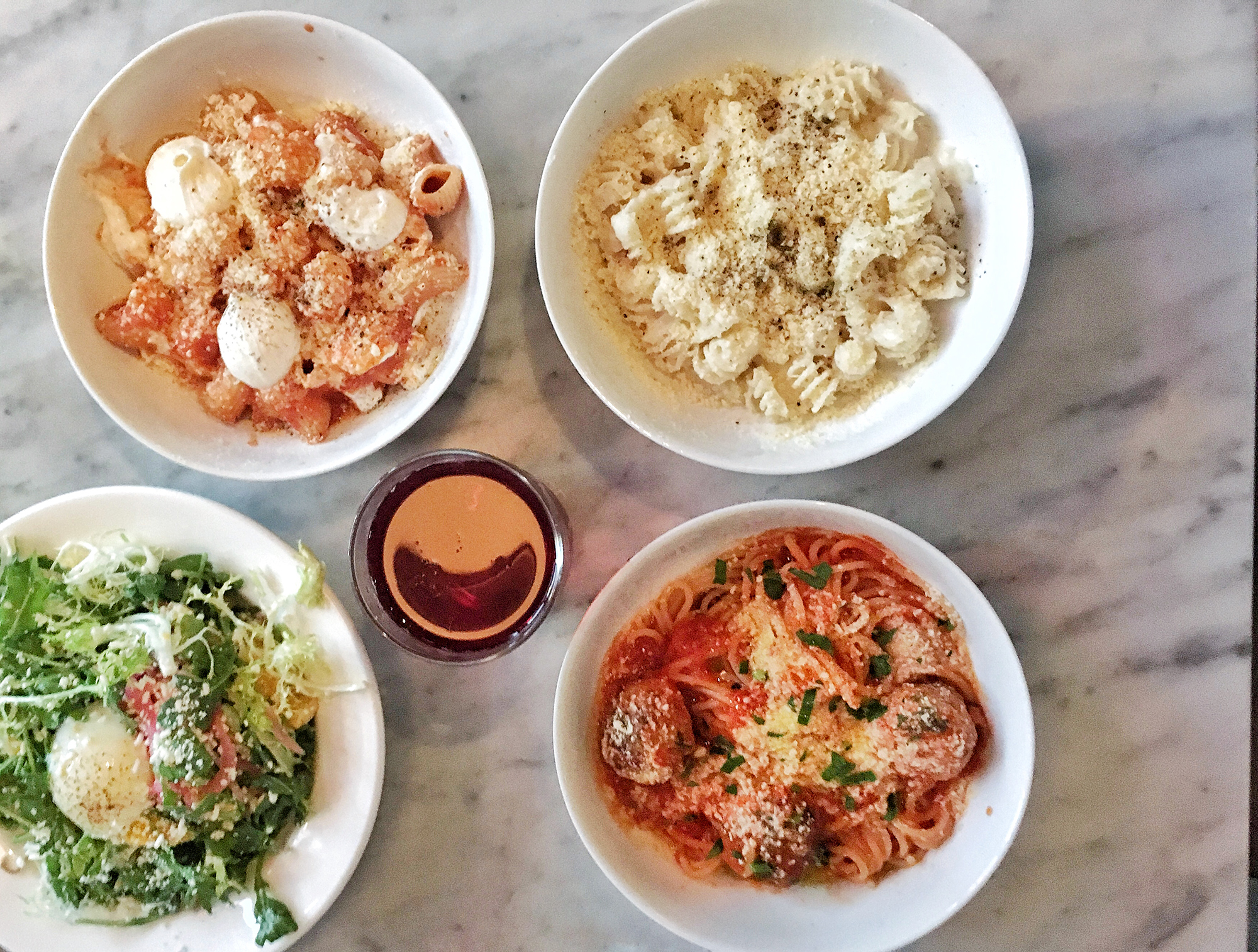 After agonizing over which dishes to get, we ended up over-ordering (as usual) before perching at one of the high tables atop sturdy stools. The stand out dish for me was the extra long spaghetti – at an impressive 12-inches in length – with savoury tomato marinara and satisfyingly robust pork and turkey meatballs, sprinkled generously with parmesan cheese. The length of the noodle directly correlates with the eater’s luck, right? 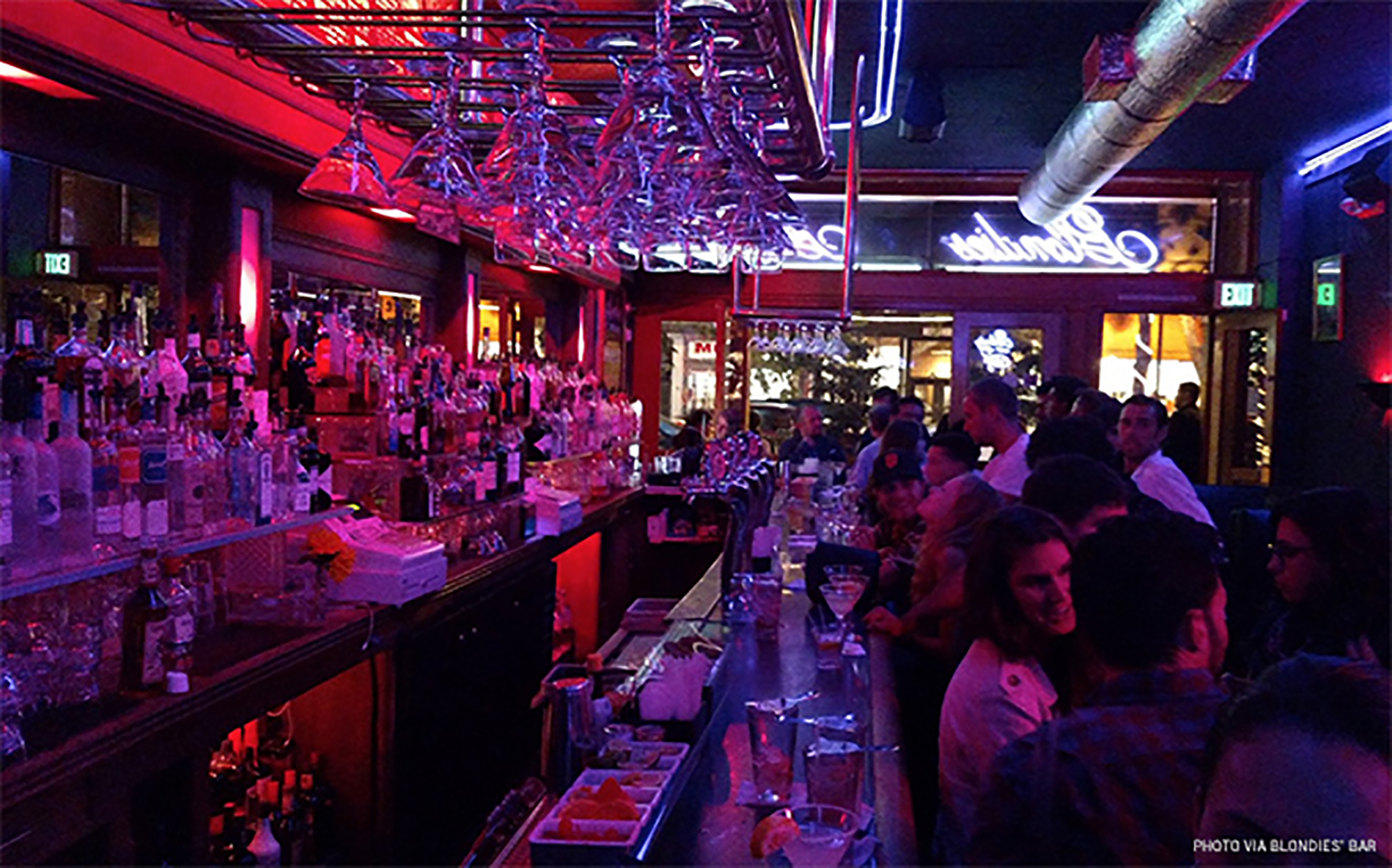 While it was physically impossible to even consider eating more food, my motto is that there is always room for dessert (especially when it’s free) and drinks. Kelly took me to Blondies’ Bar , another one of her regular watering holes, where they specialize in live music and an extensive list of 16 oz “one-size-fits-all” martini with a “plethora of garnish choices.” It was very Sex and the City except less fashionable, glamorous, and in a dark bar that was mostly empty since we were there so early. 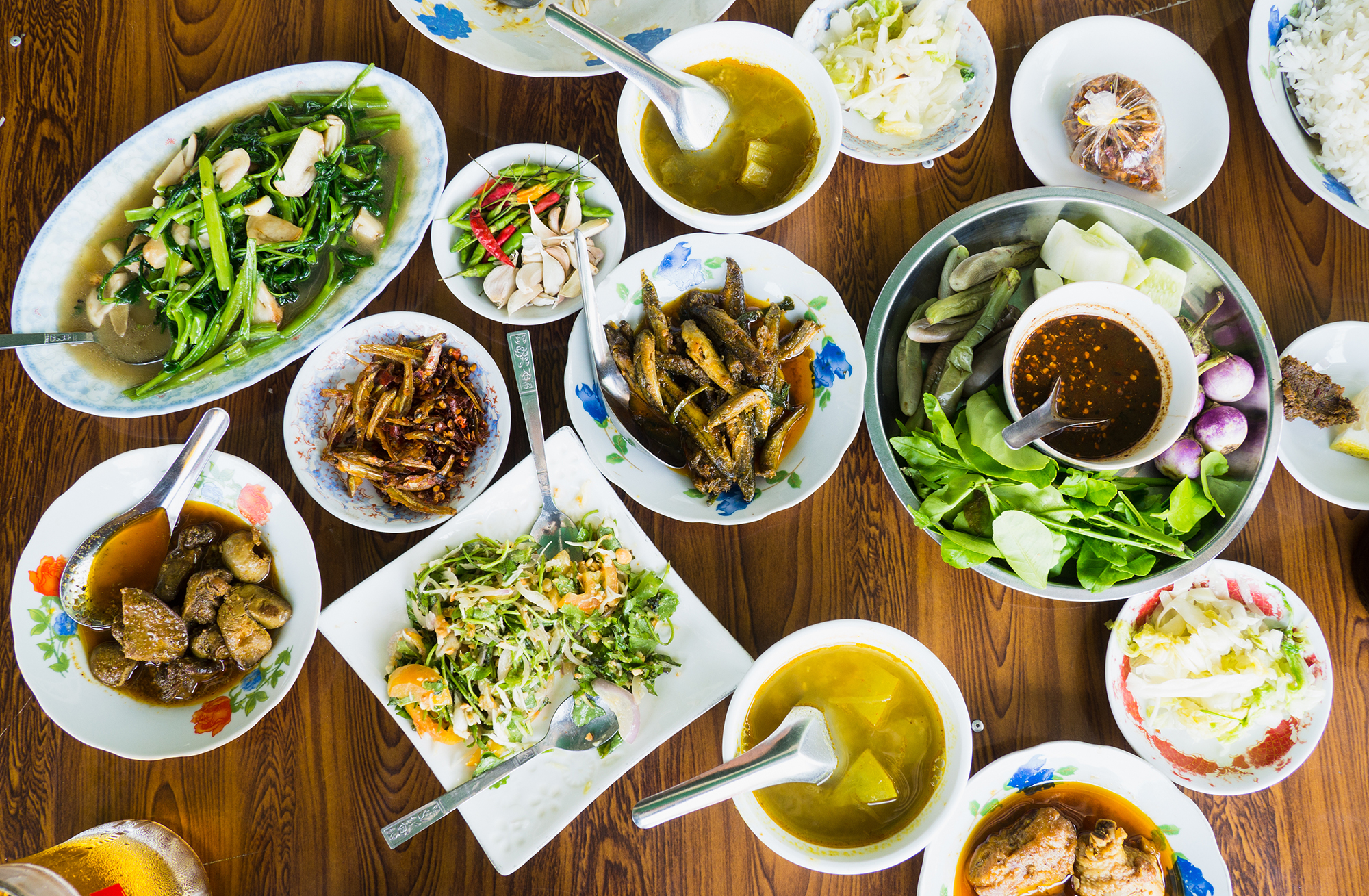 The SF equivalent of late night Chinese food (that you ultimately regret the next morning but really appreciate in the moment) is late night Burmese food. San Francisco has one of the largest concentrations of Burmese Americans so the cuisine is a local indulgence, and Burma Superstar is a fan fave.

We may not have been feasting at 2am but the tom yum soup, and sautéed Japanese eggplant smothered in garlic chilli sauce and scallions was even more delicious consumed relatively sober and sans punishing heels, post-clubbing.

+Also in the Mission neighbourhood, I heard flour + water is amazing. The menu changes daily which I’ve come to learn is the best way to tell a good restaurant from a great one because they use the freshest, seasonal ingredients.

+If I hadn’t been so limited in time, I would definitely have signed up for the Avital Food Tour. Not only does it have a 5-star rating on Trip Advisor but it’s one of my favourite ways to learn about a new city while also stuffing my face with local treats. 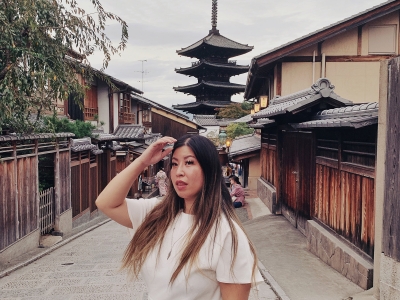 A Guide To Spending 3 Days In Traditional Kyoto 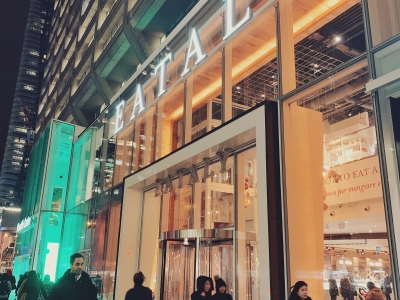 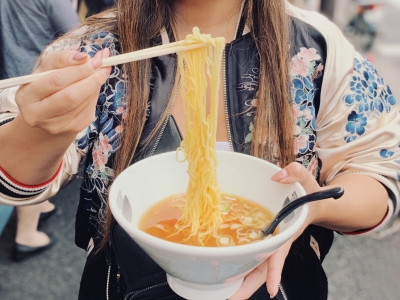 Feast Your Way Through The Tsukiji Outer Market In Tokyo