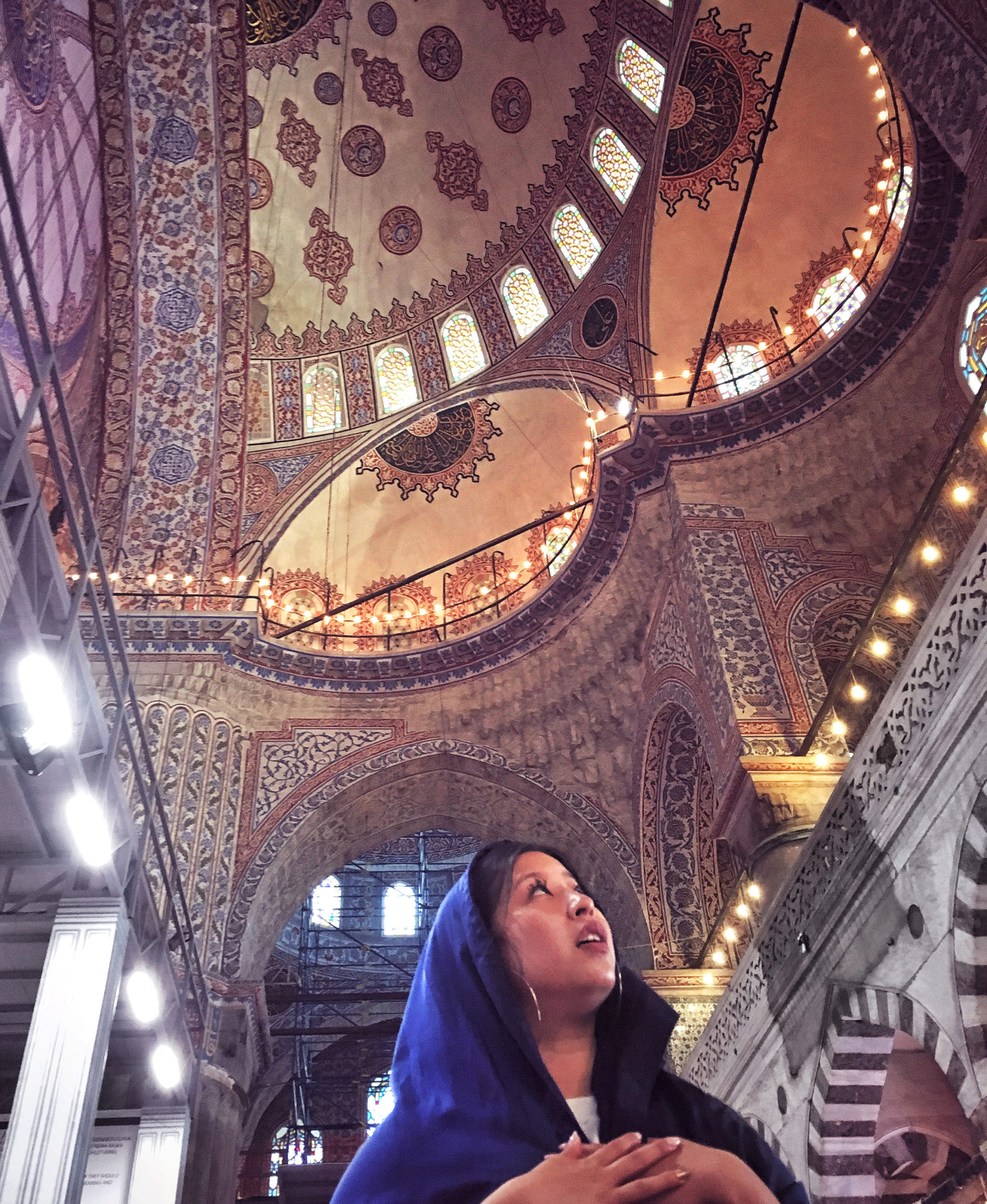 Not going to lie, the first thing that comes to mind what I think of Turkey’s most populous city, Istanbul, is the infamous tune: Istanbul was Constantinople Now it’s Istanbul, not Constantinople… While probably factually inaccurate, I imagine someone had a hard time with the name change and needed a catchy song to remind them.

While gleaning tips from a friend about travelling to Israel, she suggested that on the way back, I extend my layover in Istanbul for two days. It was a much more pleasant alternative to being stuck in the airport for a tiresome 5-hours so I figured “Why not?”

Now the question remains: How do I maximize 48 hours in a city that I’ve never been to before? 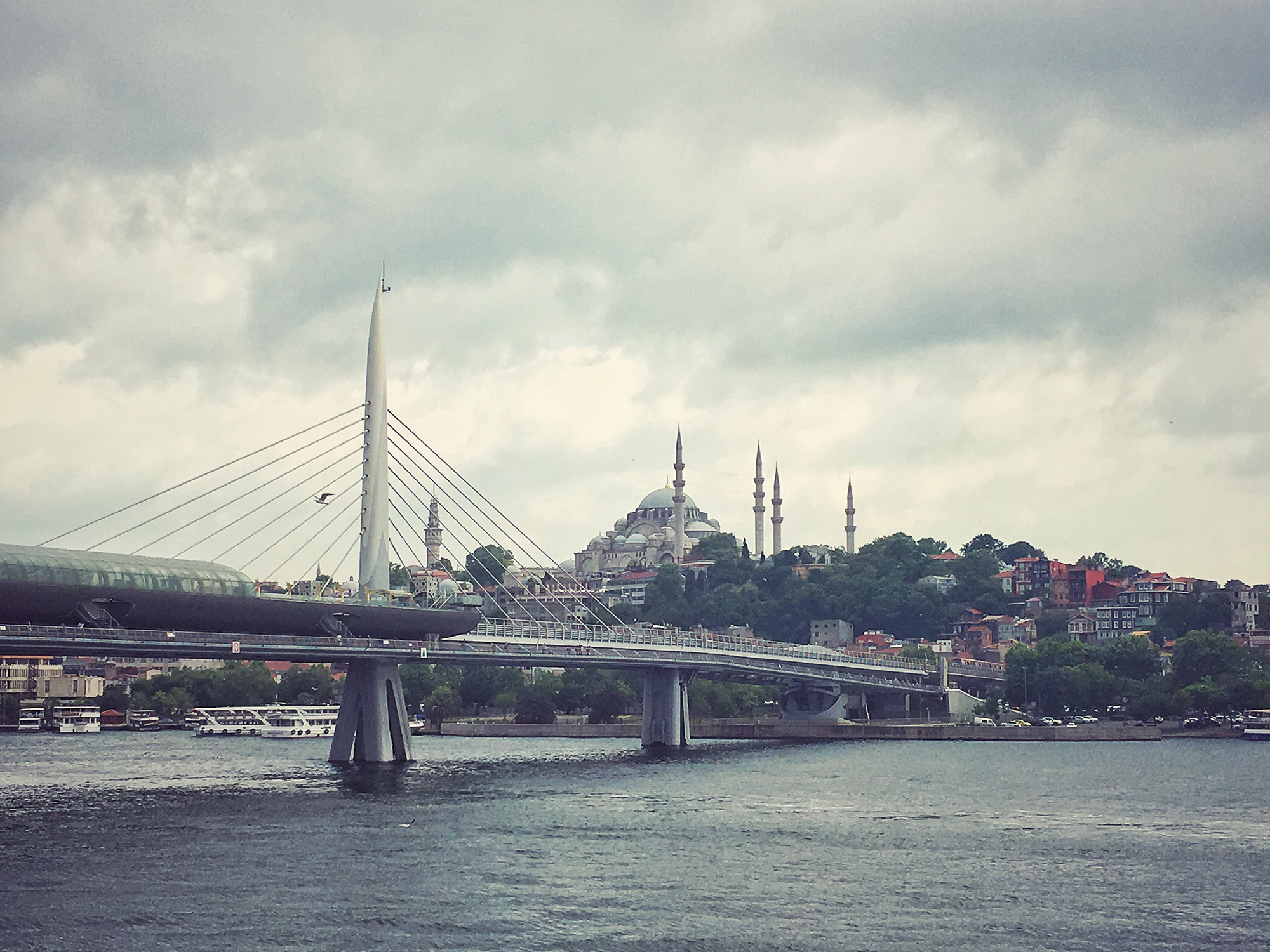 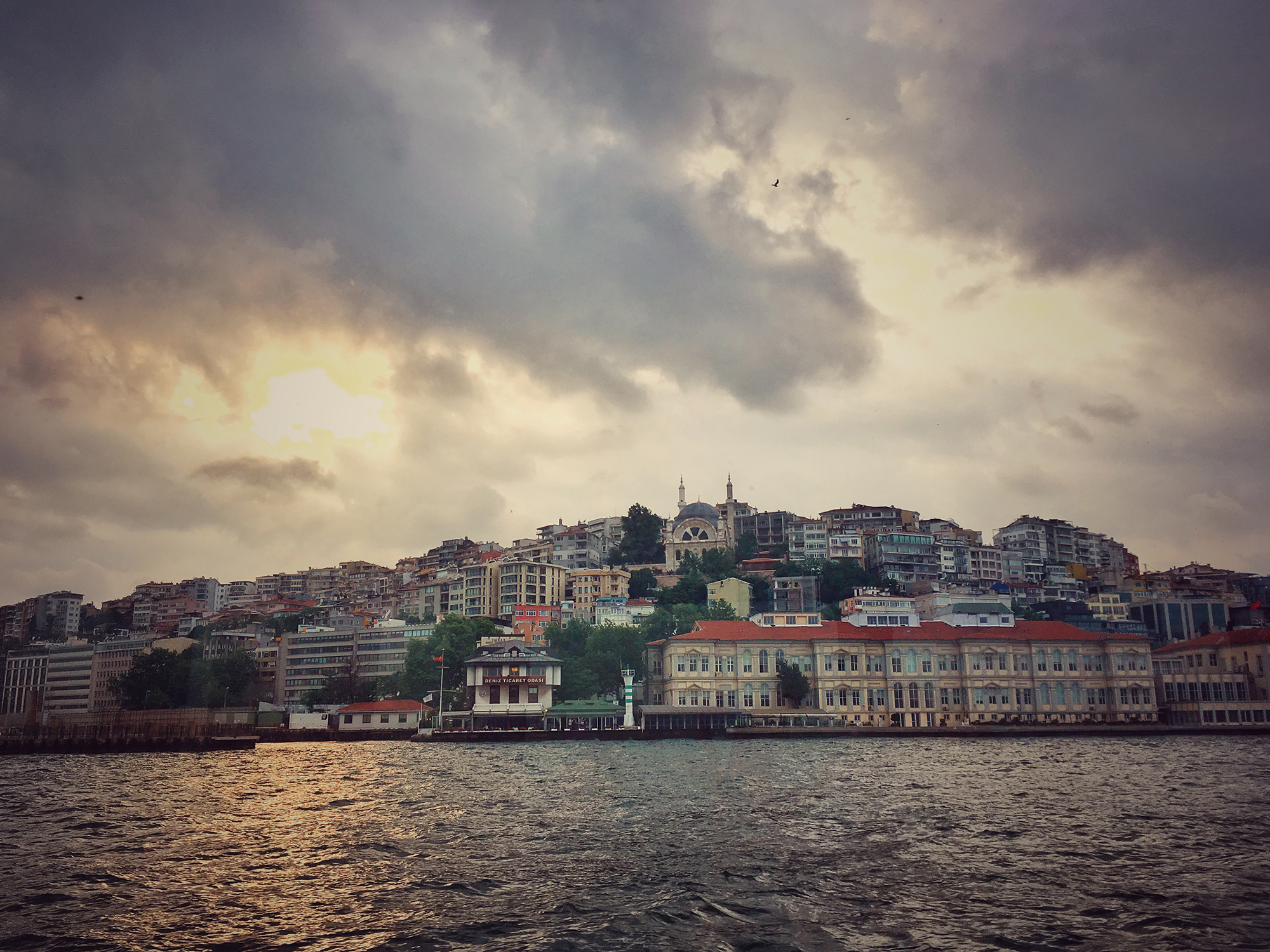 ➳ How To Spend 24-Hours Exploring The Ancient City Of Jaffa
➳ A Curated 10-Day Itinerary of Israel
➳ What It’s Like To Float In The Dead Sea (and Essential Tips!)

With so little time and so much to do, I prioritized the most authentic culinary treats and bucket list sights and experiences and grouped them based on proximity so here’s how to spend a 48-hour layover with #noregrets: 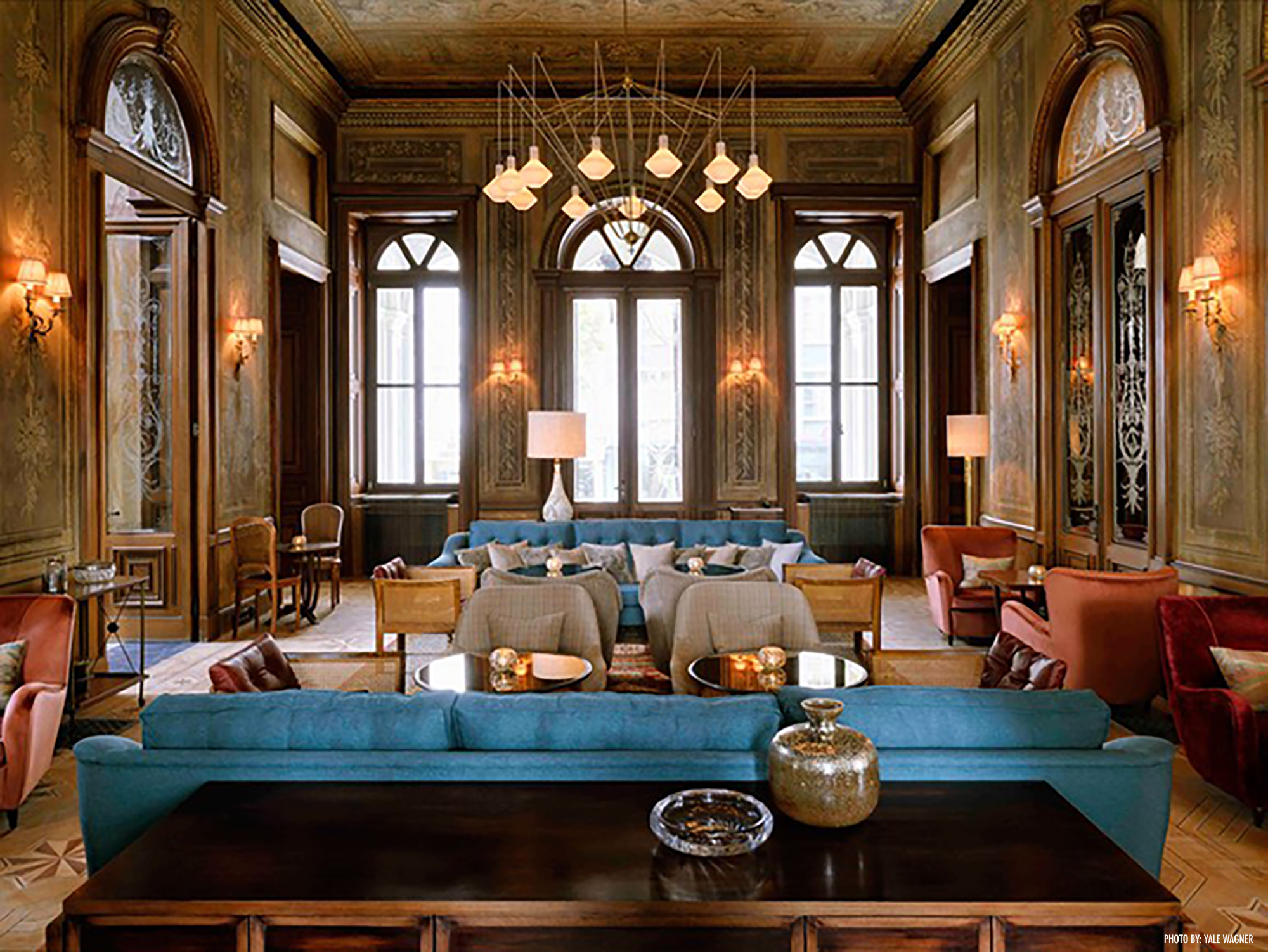 If you’re looking to treat yo’self, Soho Istanbul is the fancy AF option situated in a historic and palatial residence with marble floors and rosewood doors. Gorgeous frescos depicting mythological scenes bedeck the walls and they not only have a lauded restaurant on site but a luxurious spa/hammam if you don’t feel like venturing beyond the premises.

For those on a budget or friendly solo travellers, Cheers Hostel boasts a helpful staff, and is in a prime location just steps away from the main attractions like the Hagia Sofia, the Blue Mosque, and the Basilica Cistern. 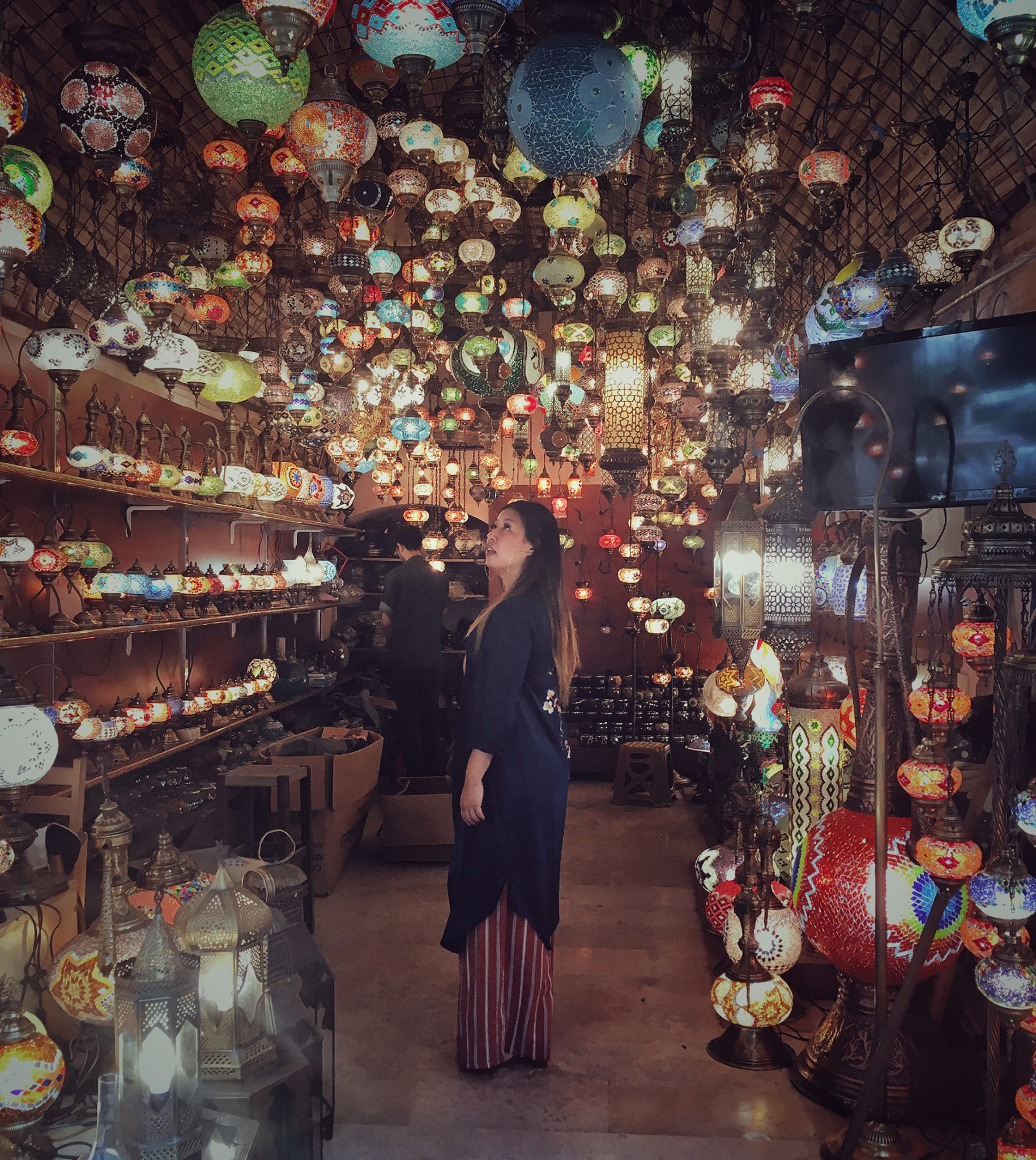 + Turkey requires visitors from certain countries to purchase a visa to enter. I bought one for about $80 CAD at the Atatürk airport in Istanbul.
+ If you’re a single female coming from somewhere like Israel, allot extra time for extensive security
+ Currency is Turkish Lira and is 1 CAD = 3 TL
+ The best way to get around is the T-1Tram so keep that in mind when booking accommodations if you’re on a budget and don’t want to taxi everywhere
+ Islamic societies dress modestly in public to be respectful and at the very least, carrying a light scarf with you to drape around yourself when necessary

DAY 1: Explore Markets, Cruise Between Continents, and a Lavish Feast 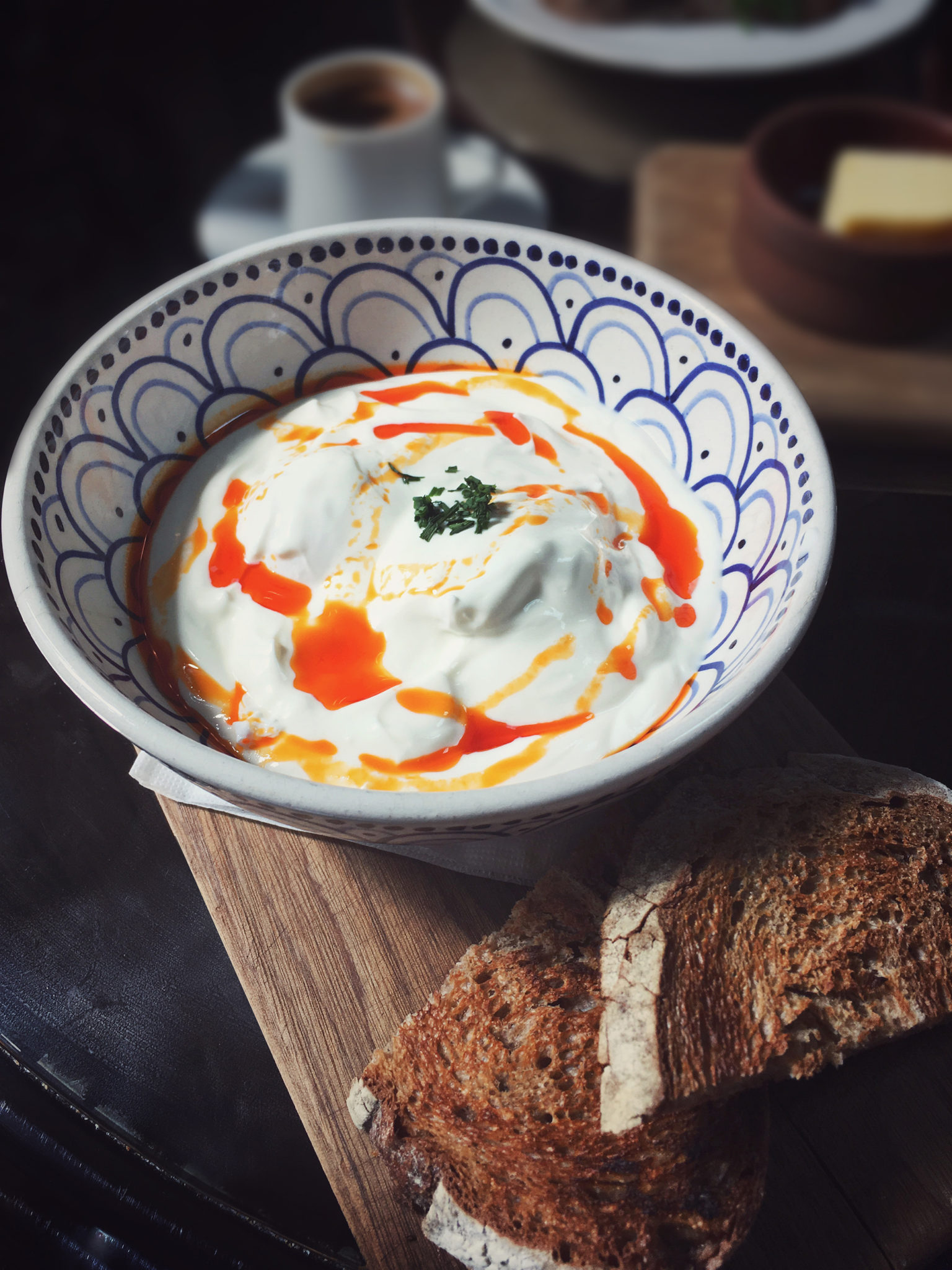 Kick off your first morning in Istanbul with a simple but decadent breakfast staple of Turkey that dates back to the Ottoman times. Tuck into a bowl of çılbır – plump poached eggs smothered in creamy yoghurt drenched in Aleppo pepper infused butter. Use crusty sour dough bread to scoop up every morsel to avoid the inevitable embarrassment of being caught licking your bowl clean.

For an unbeatable, 360-degree view of Istanbul, brave the tedious climb up the medieval stone tower located in the Galata/Karaköy neighbourhood. Get there early or late in the day to avoid the long queues and once you’ve reached the top, stroll along the panorama balcony that encircles the highest row of windows. 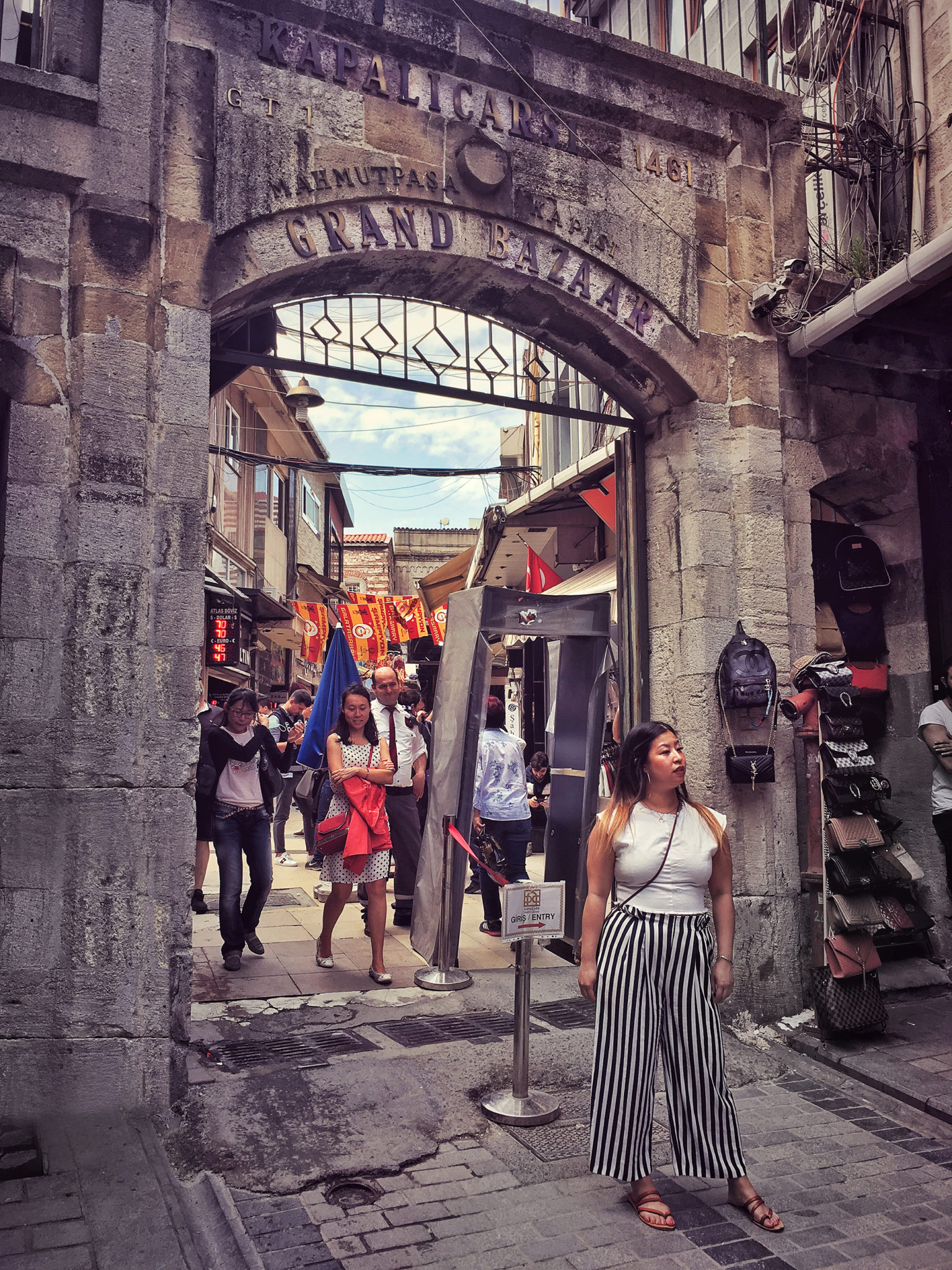 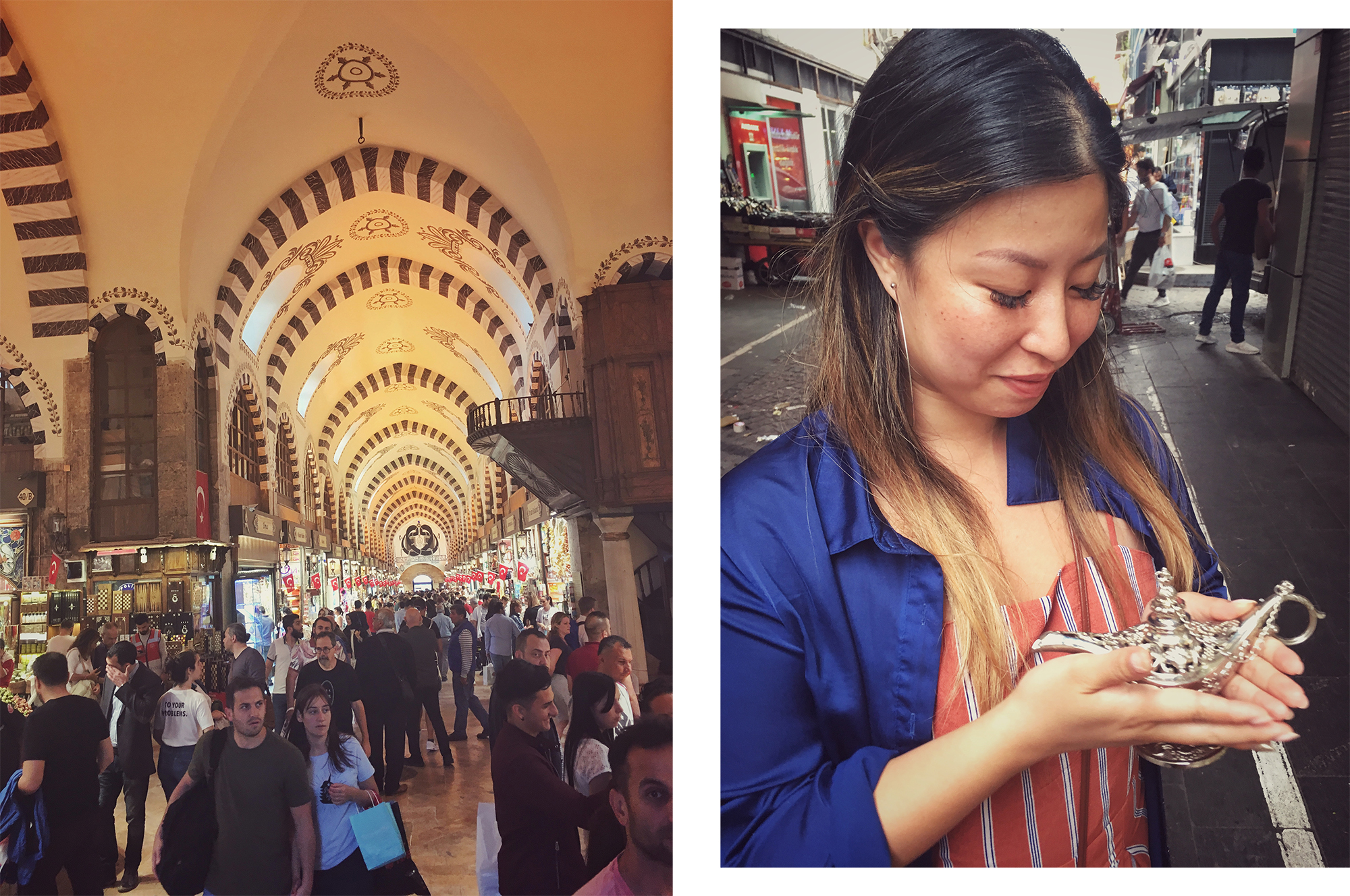 Scour the Markets for Turkish Souvenirs

Practice your bargaining skills at the infamous covered markets in Istanbul – the Grand Bazaar and the Spice Bazaar. Explore the depths of its halls for authentic treasures like Turkish delight, perfumed handmade soaps, jewellery, glowing lanterns, fragrant spices, and rugs you’d swear could have you on an airborne tour of the city as quickly as you can say “Abracadabra”. 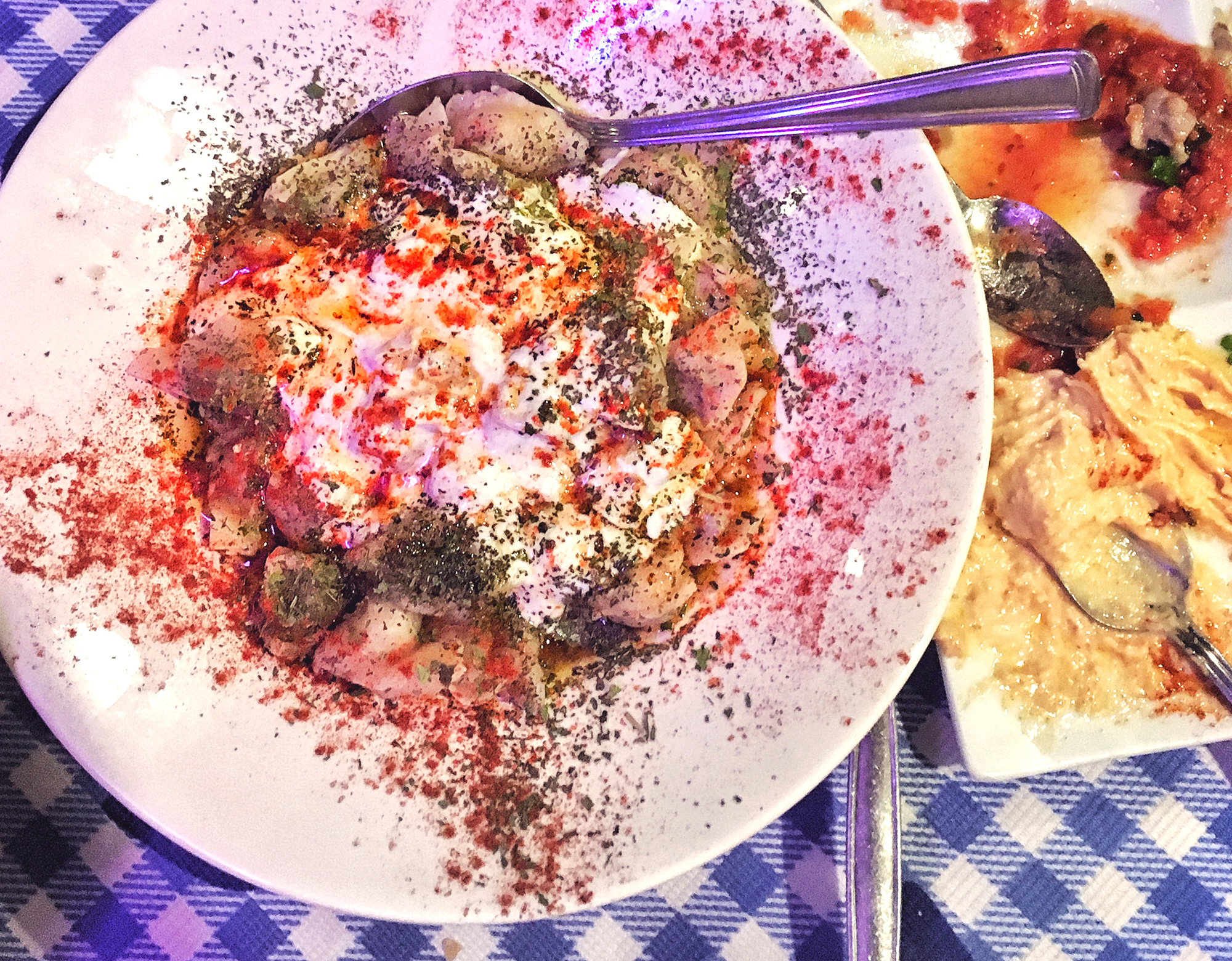 Devour ALL The Manti

If you haven’t quite had your fill of yoghurt yet, then manti is a local dish that you will devour by the bowlful. Often called the Turkish ravioli, they are a type of dumpling containing a seasoned meat mixture and drowned in a garlicky yoghurt, generously drizzled in golden butter and sprinkled with mint and paprika. Heaven. 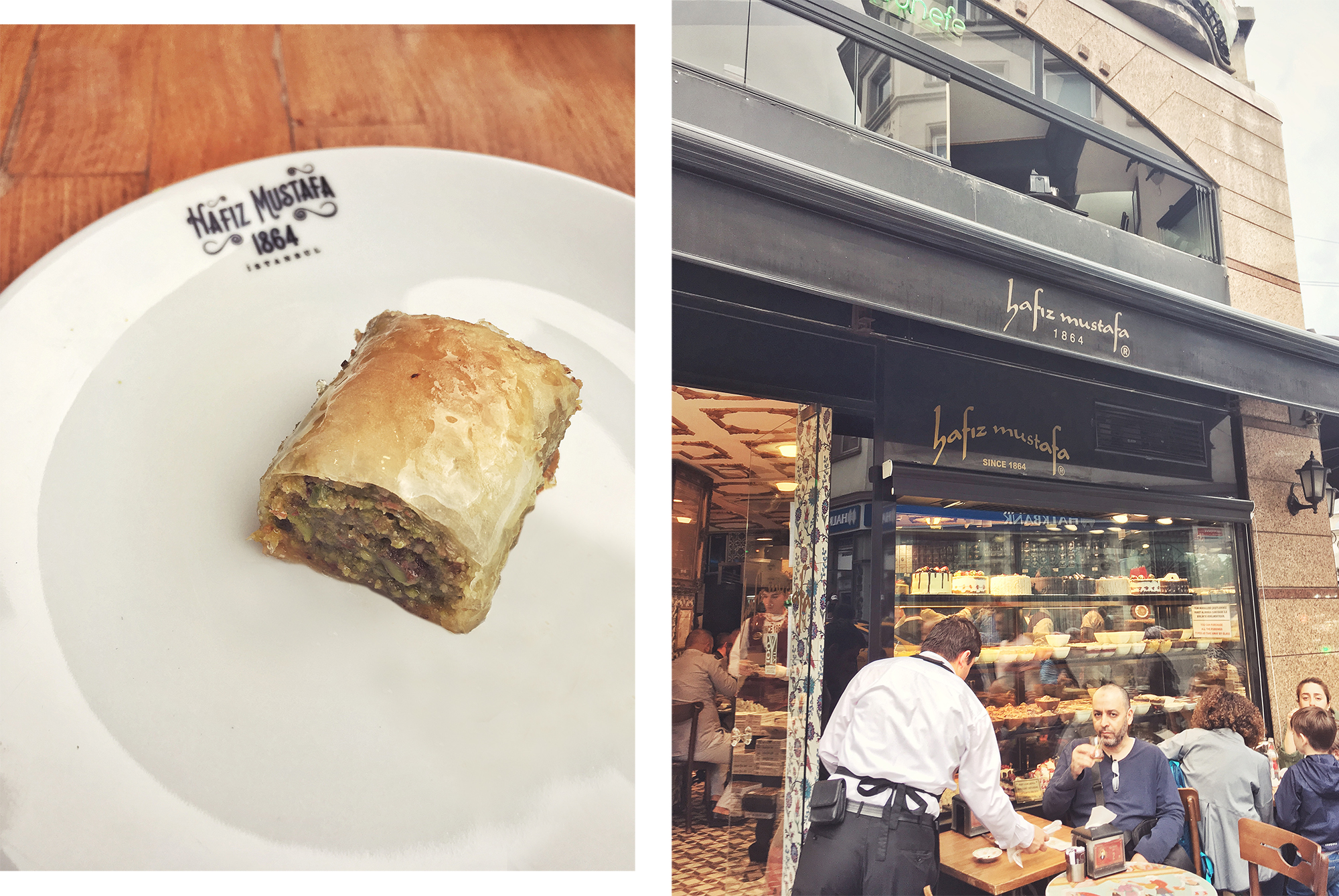 There’s always room for dessert and since you’re in the area – the “area” being Istanbul – drop by Hafiz Mustafa 1864 for a traditional Turkish dessert. Peruse the seemingly endless trays of baklava on display – flaky squares of phyllo layered and stuffed with chopped nuts dressed with butter and dripping in sticky honey. 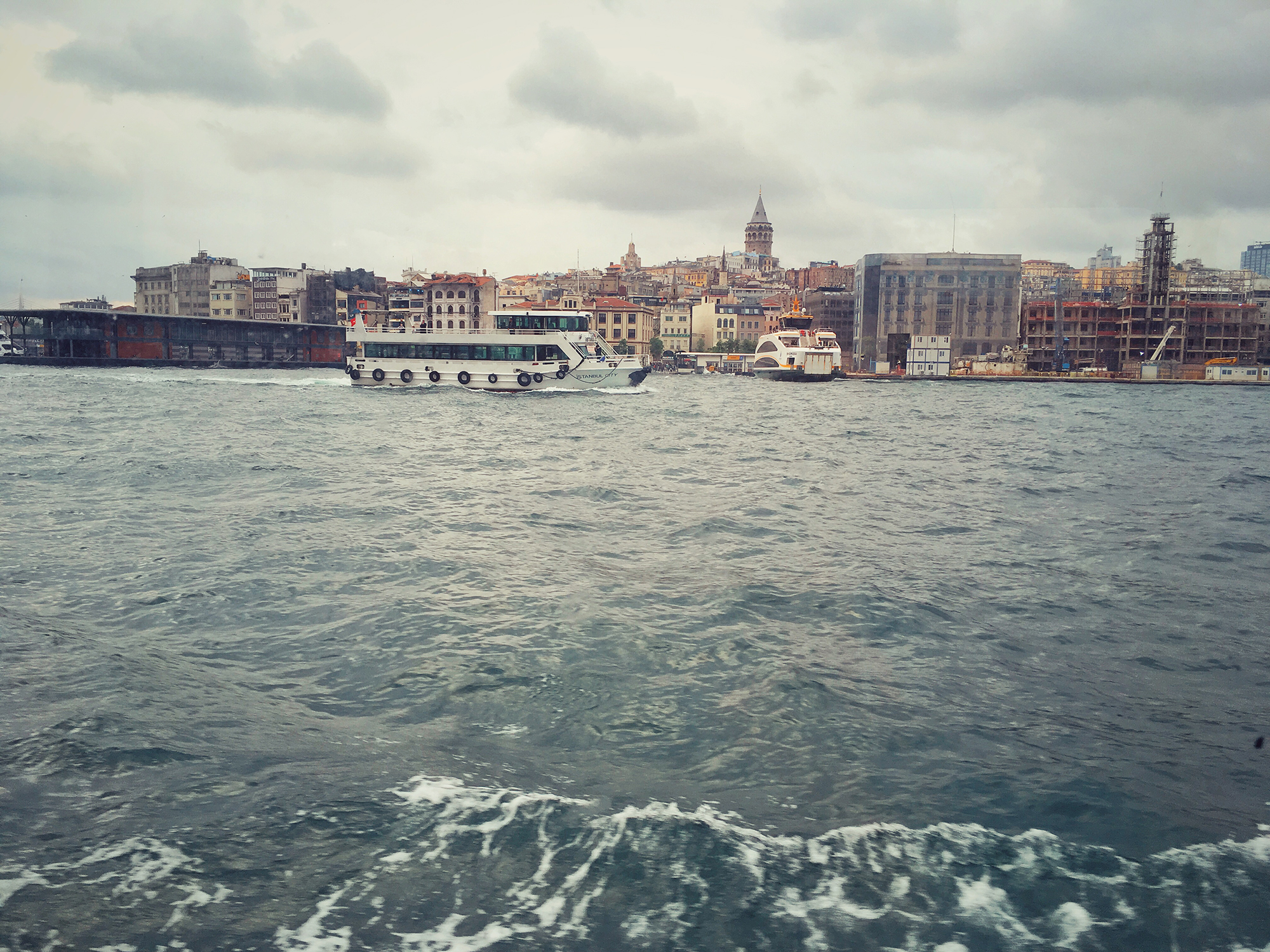 Time to take to the water to see the city in its full glory. Head down to the river and board one of the cost-efficient ferries or a luxurious yacht –complete with a 3-course dinner – for a cruise between continents. Cross between Asia and Europe in a single boat ride and for an extra pinch of magic to the experience, set sail at sunset. There is an added glow to the most awe-inspiring views – from the elegant minarets peaks to the elaborate Ottoman waterfront mansions. 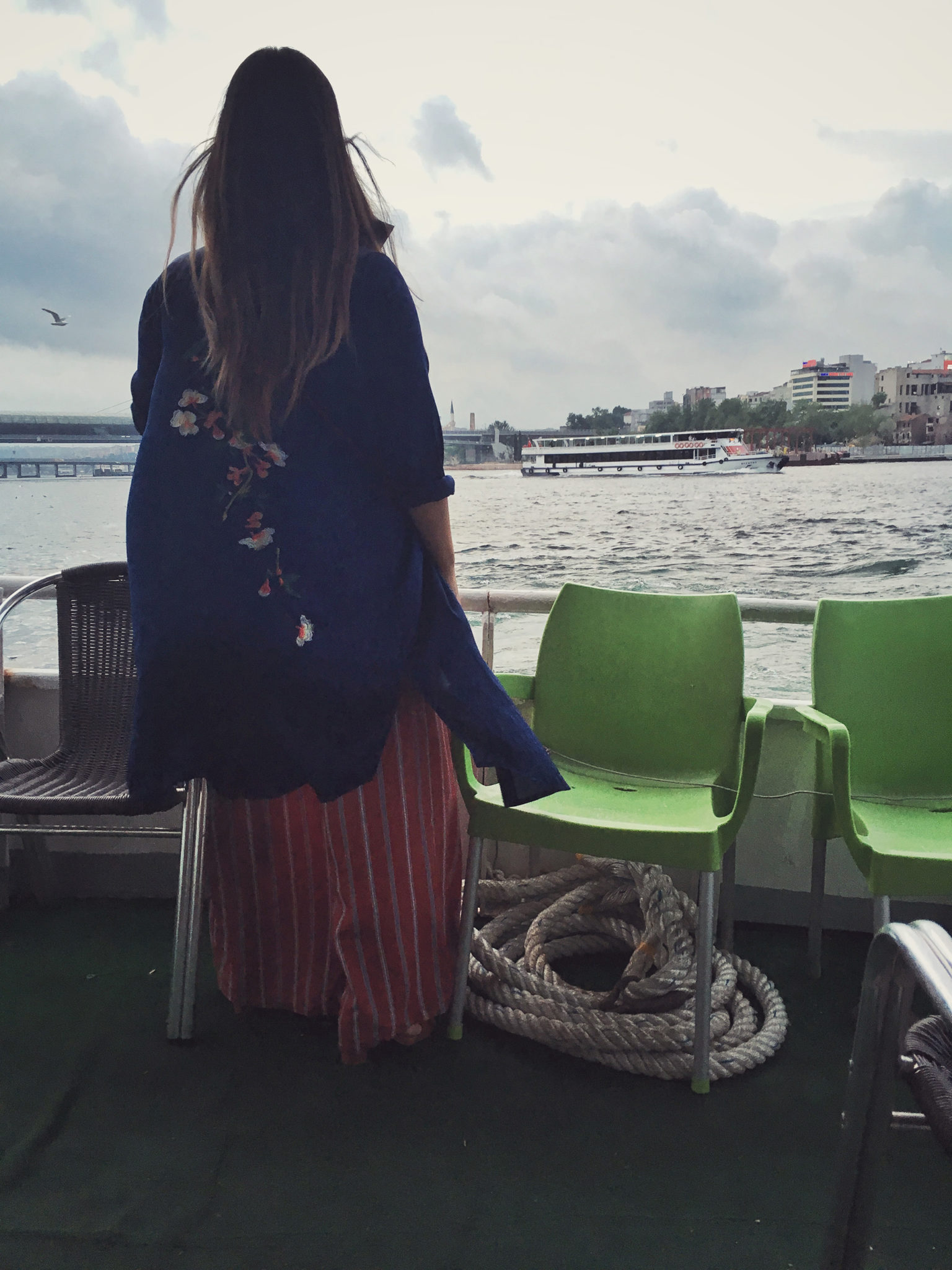 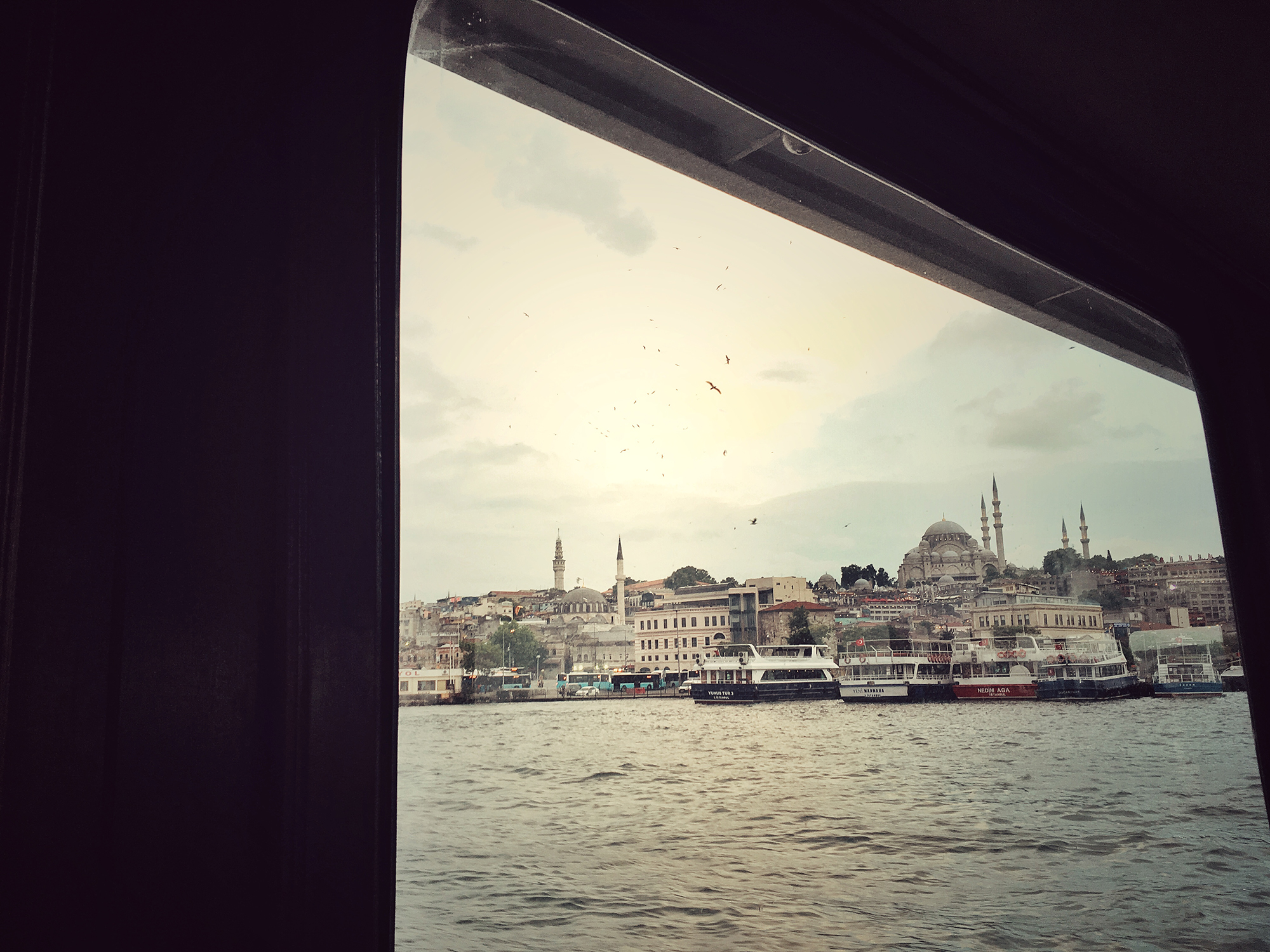 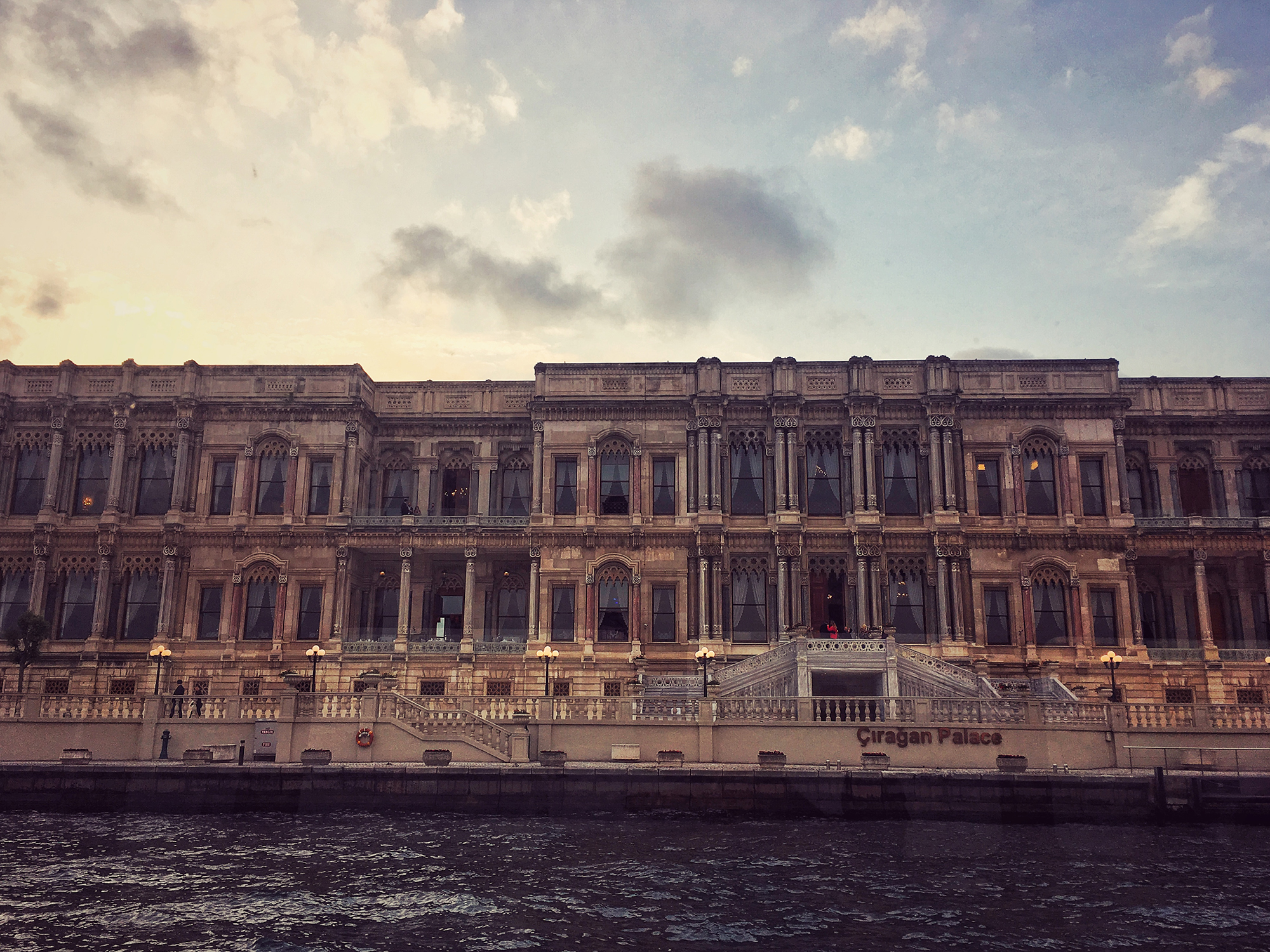 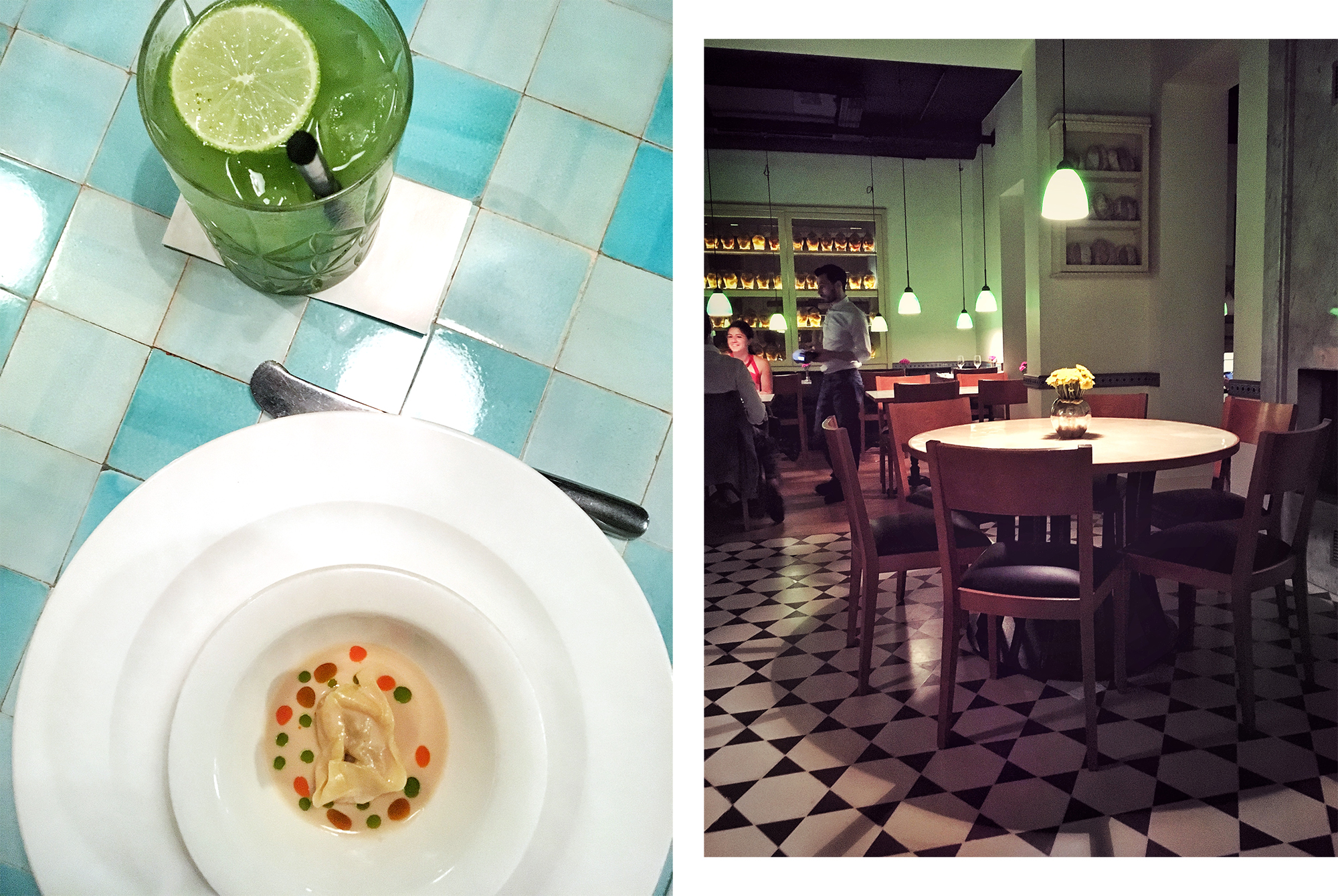 For a decadent feast of Anatolian-inspired dishes served in a stylish space, drop by Yeni Lokanta. Yeni (meaning “new”) Lokanta (a kind of inn or diner) chef Civan Er reimagines Turkish classics with a contemporary twist. Cut out the drawn out decision-making by opting for the tasting menu. Sample a little bit of everything and sip a refreshing, handcrafted cocktail while dish after artfully-played dish is delivered to your table. 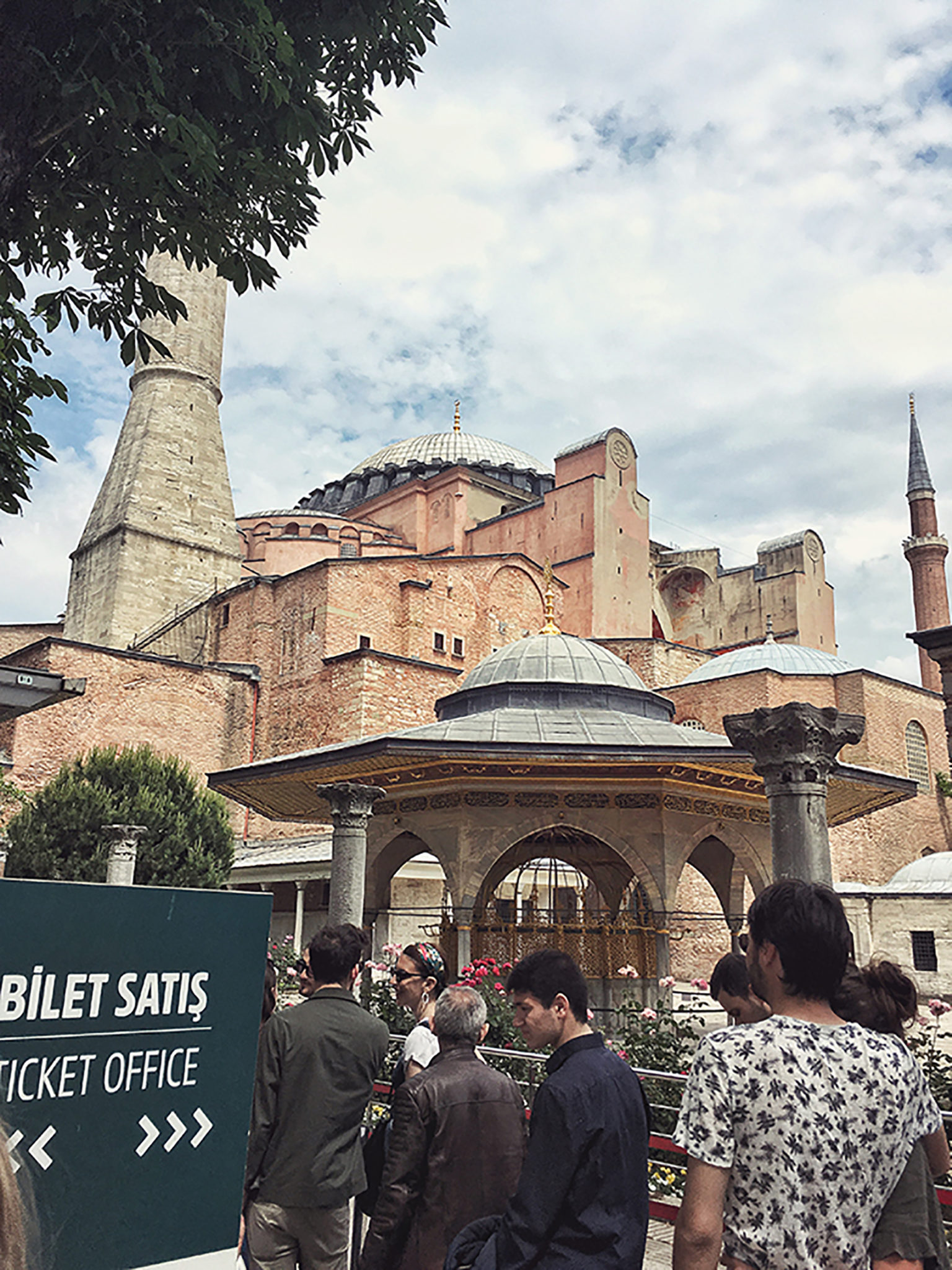 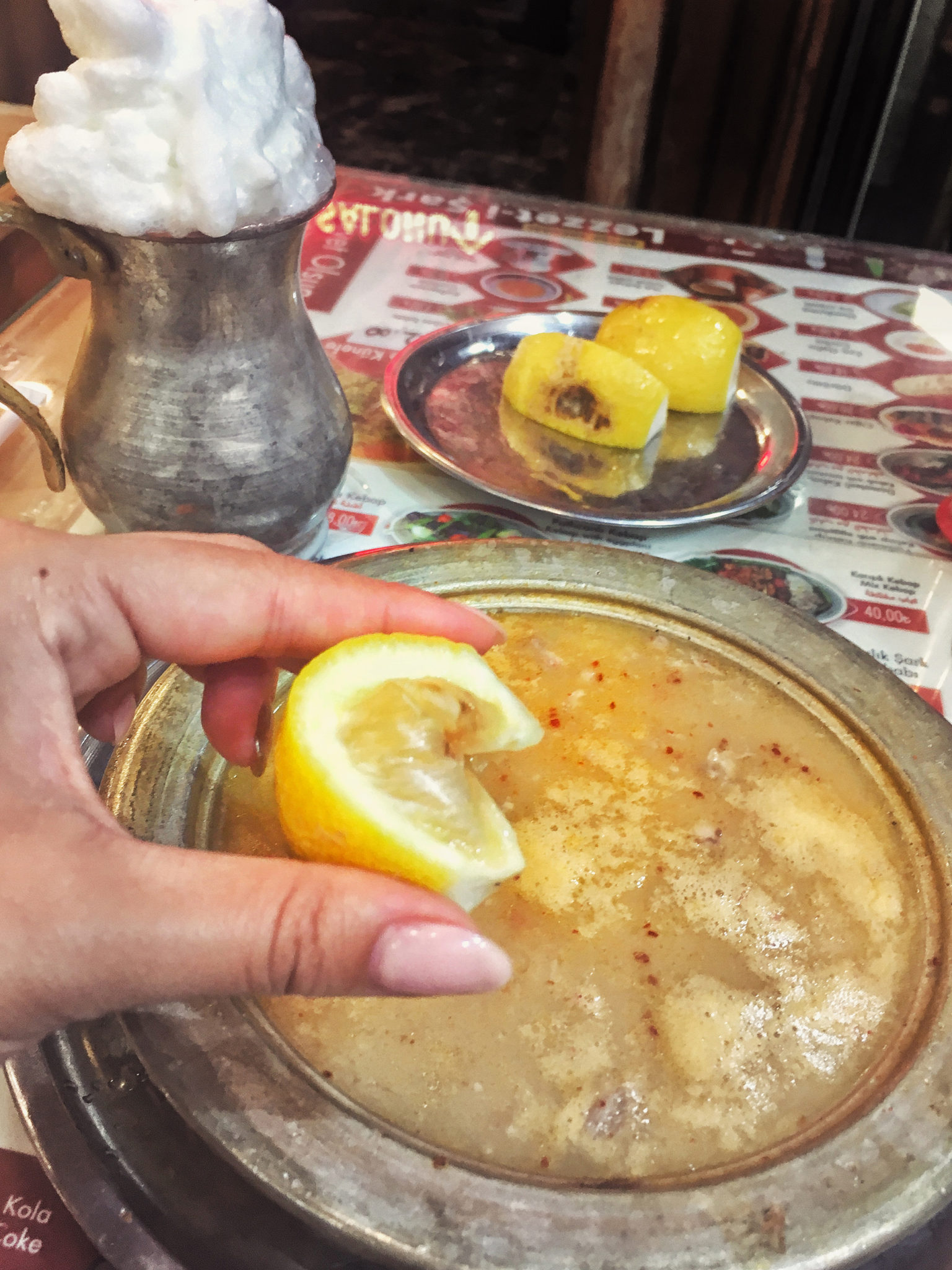 If you are a soup person then it’s your lucky day because in Turkey, beyran is a local breakfast dish. Savour the richness and spice of this hearty blend of lamb and rice with a squeeze of lemon for zest and there’s no doubt that you’ll crave it for lunch and dinner as well. 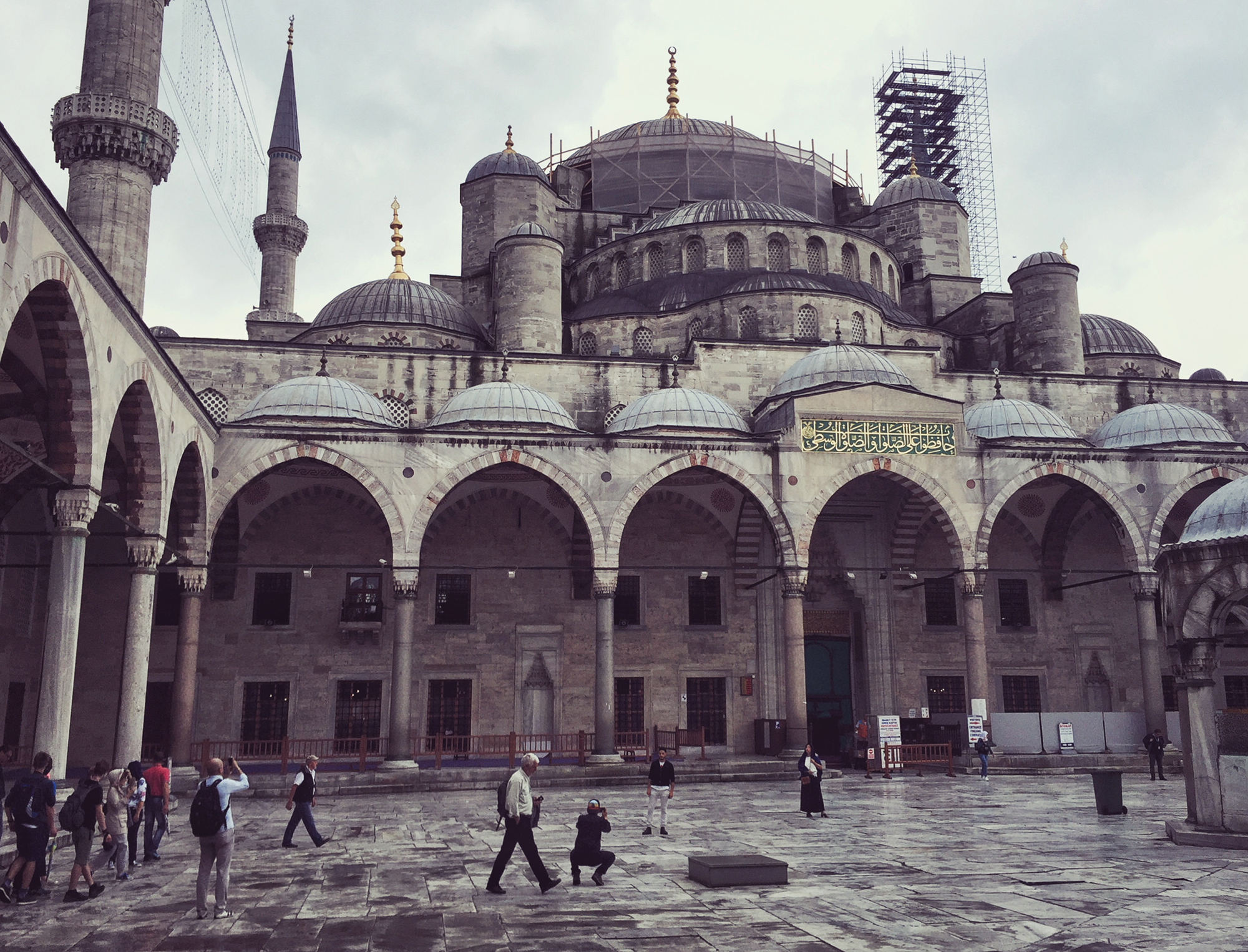 Lucky for those short on time, all the major attractions of Istanbul are within walking distance of one another so cover yourself up with your finest pashmina before heading out. Marvel at the distinctive architecture of the Blue Mosque and the Aya Sofya with towering minarets, high-domed ceilings, handmade ceramic tiles, and intricate stained glass windows.

Make sure you aim to visit early because not only will you avoid the stifling crowds of tourists but most close around 5pm – except for the Blue Mosque that is open 24 hours EXCEPT during the five daily prayers. 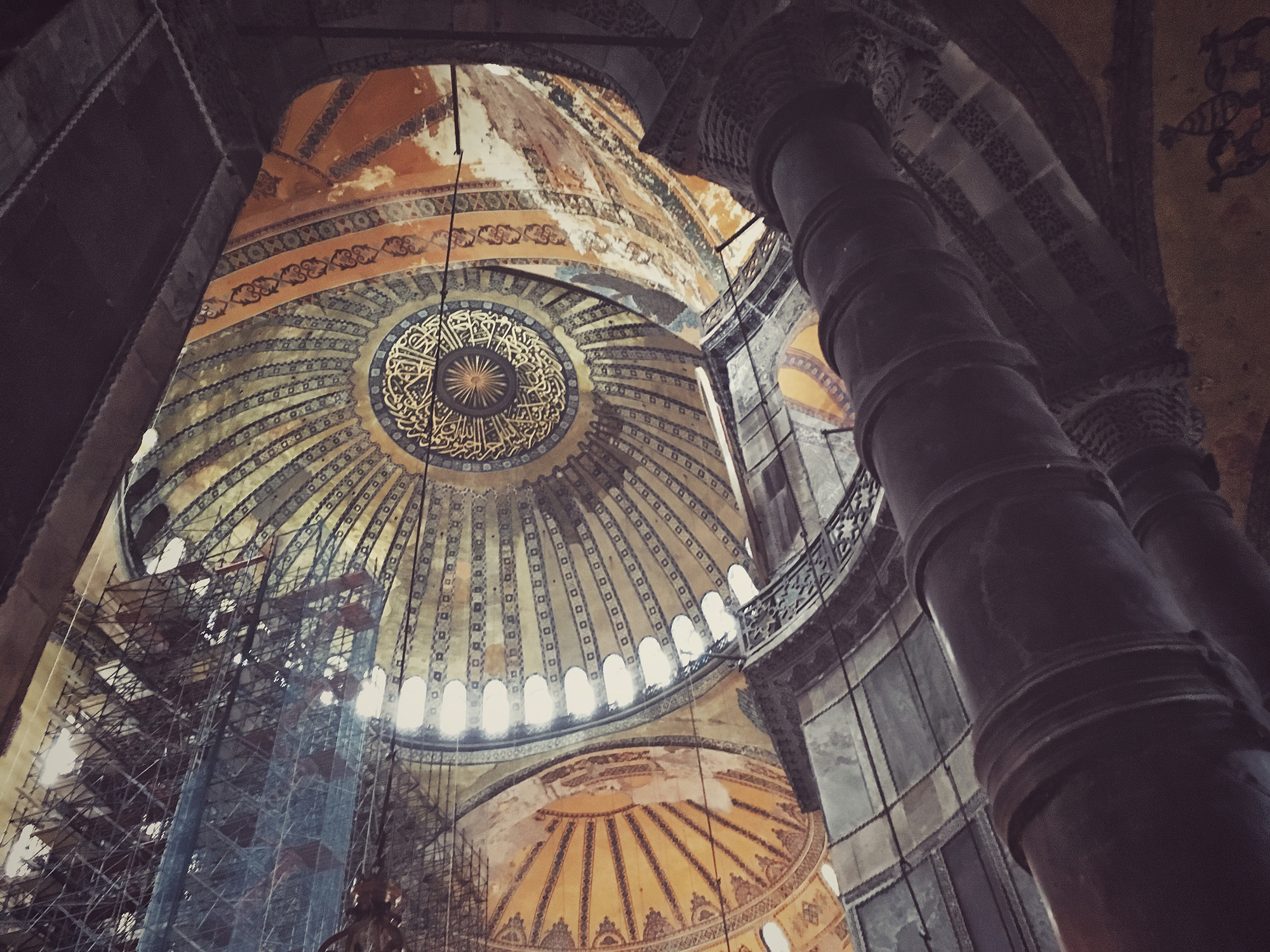 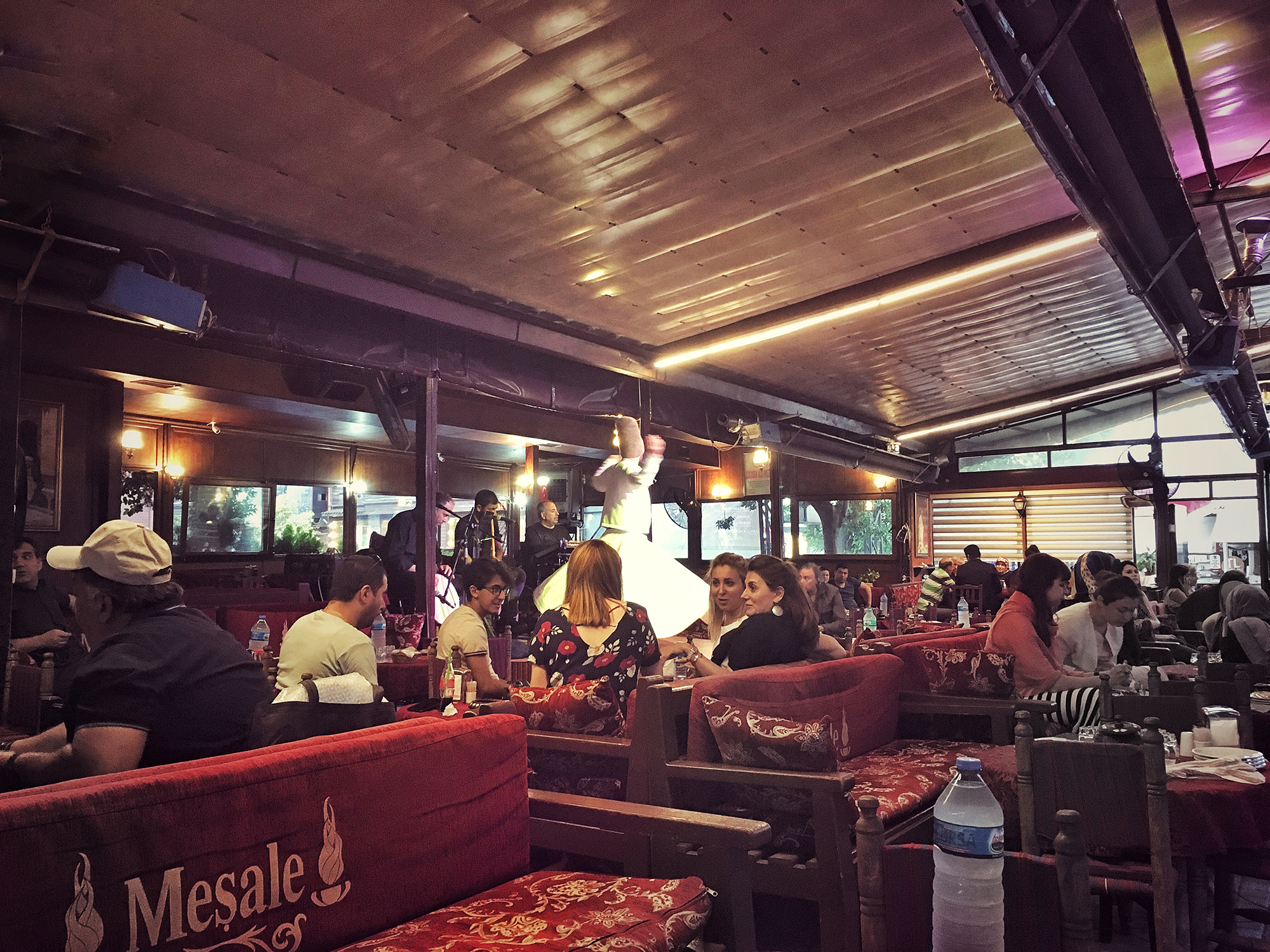 Give your feet a rest at Cafe Meşale, an open air spot is conveniently located just behind the Blue Mosque in a sunken courtyard. Despite being a tourist trap, it’s abundant with local charm. Snack on kebabs and sip apple tea while a dignified initiate of the Sufi order whirls to live Turkish music as a practice of remembrance of God. They are part of the Mevlevi order, also known as the Whirling Dervishes. 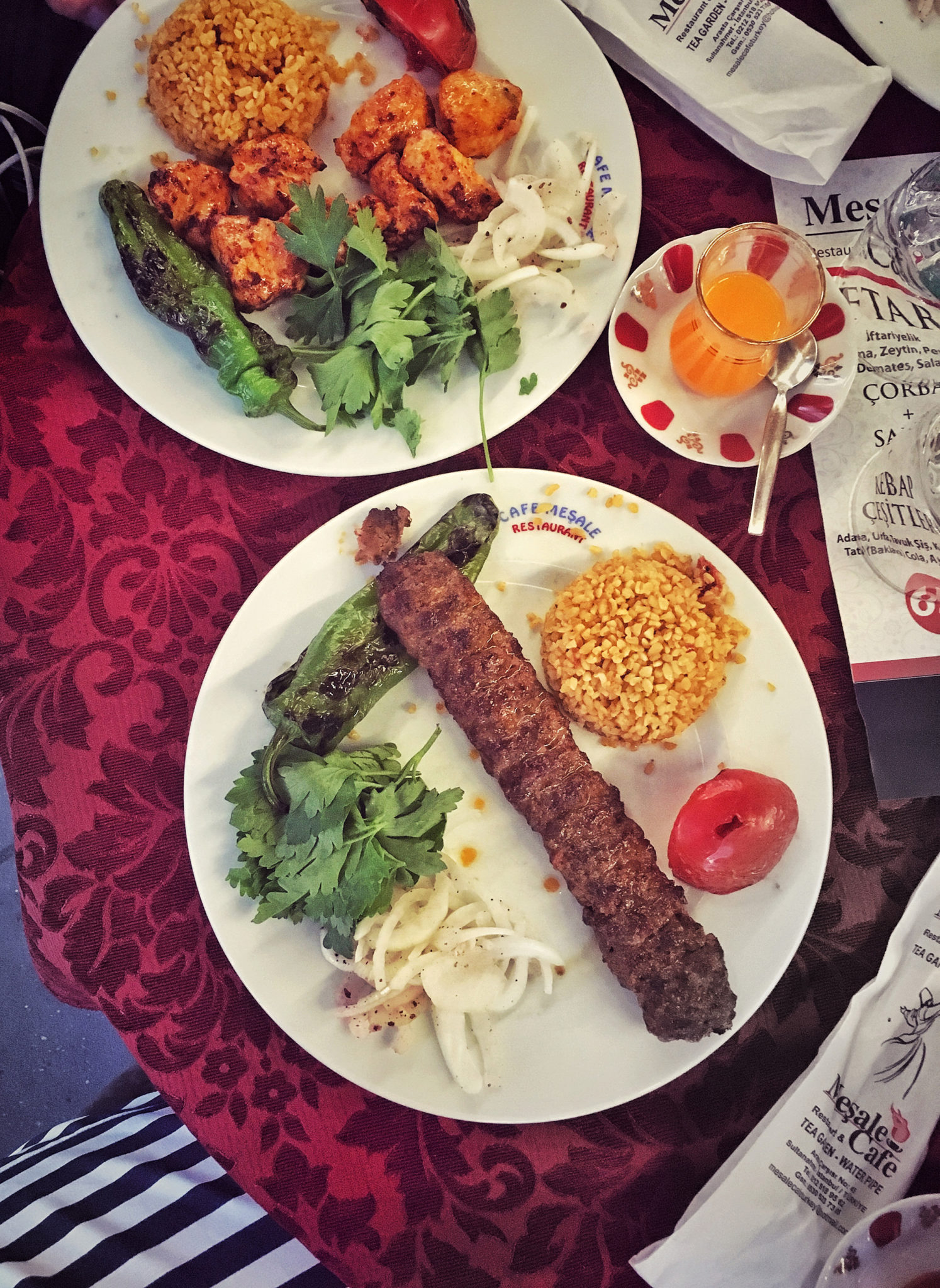 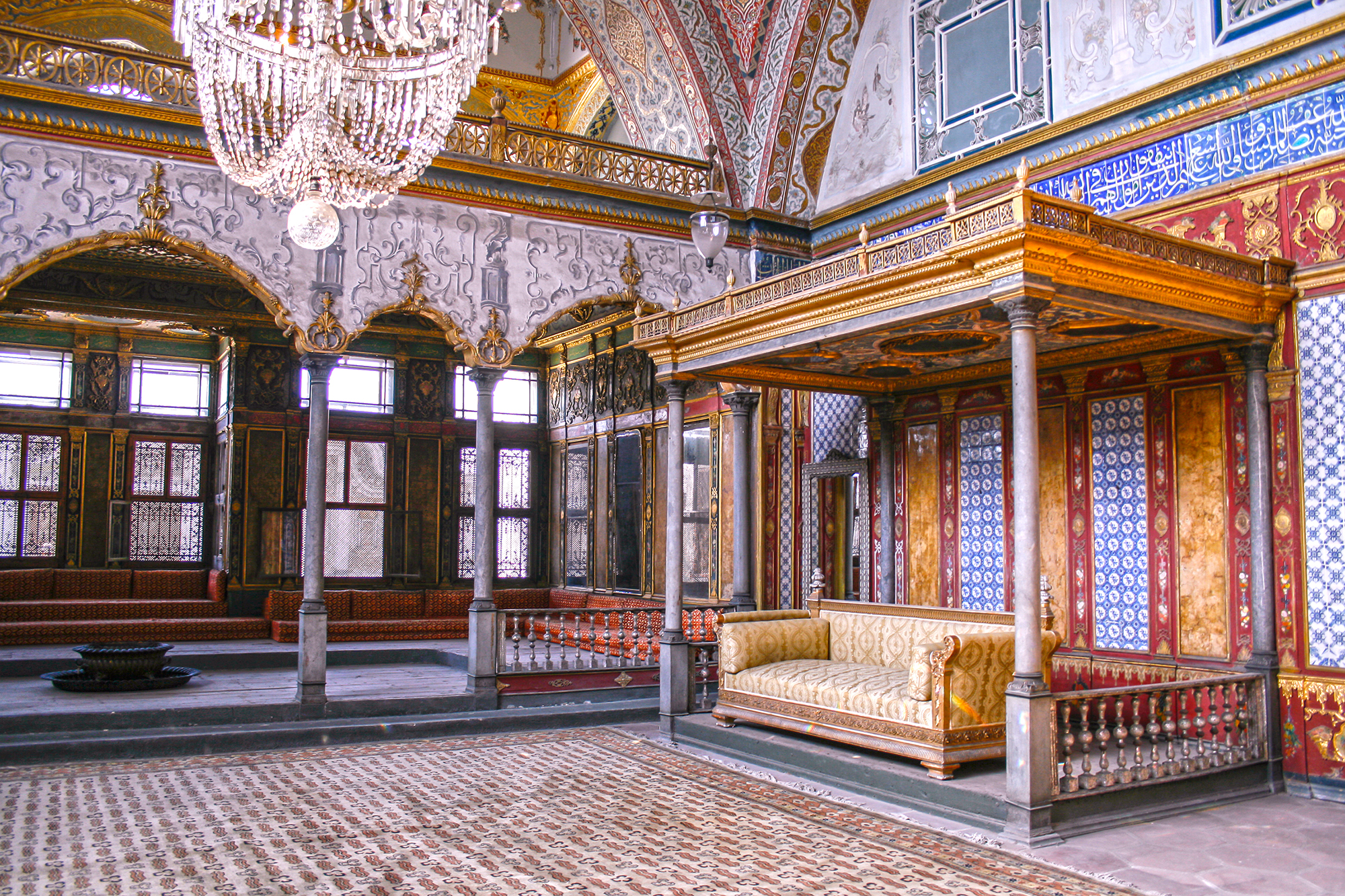 A Touch of Opulence

Immerse yourself in the decadence of lavish palaces that were once occupied by Sultans of a mighty empire. The Topkapi Palace is a majestic example of 15th century Ottoman architecture that is all blue tiles, verdant gardens, and marble terraces overlooking the Bosphorus River. If you haven’t had your fill of opulence, soak in the grandeur of sweeping staircases and elaborate chandeliers reminiscent of Beauty and the Beast at Dolmabahçe Palace. 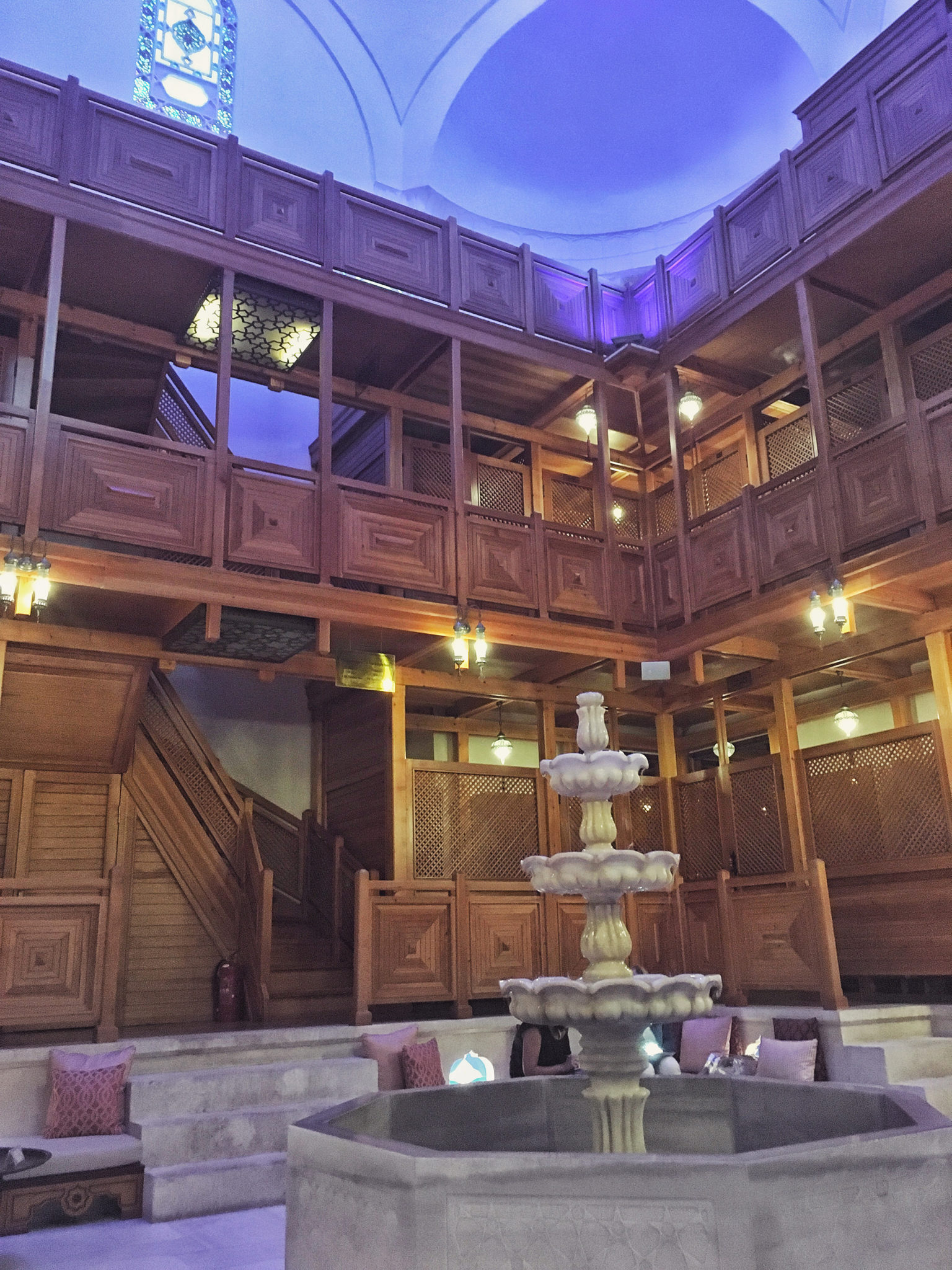 Get Pampered at a Hammam

Treat yourself to a steam at the Ayasofya Hurrem Sultan Hamam, a Turkish bathhouse that is conveniently situated around the corner from the major sites in the city (previously mentioned). Trade your shoes for slippers and relax in a spacious, white, high-domed room tiled in marble as your attendant gives you a blissful, foamy massage that will have you in a zen-like peace for the flight home.

End your short but sweet time in Istanbul with a bang in one of the hippest neighbourhoods: Karaköy. Feast on over 30 meze dishes (Turkish tapas) in the turquoise-tiled Karaköy Lokantası and delicious entrées that will make you understand why Turkish food is renowned in the culinary world. Get the tender grilled octopus and the eggplant rolled in tomatoes in onion for a meal fit for a Sultan! 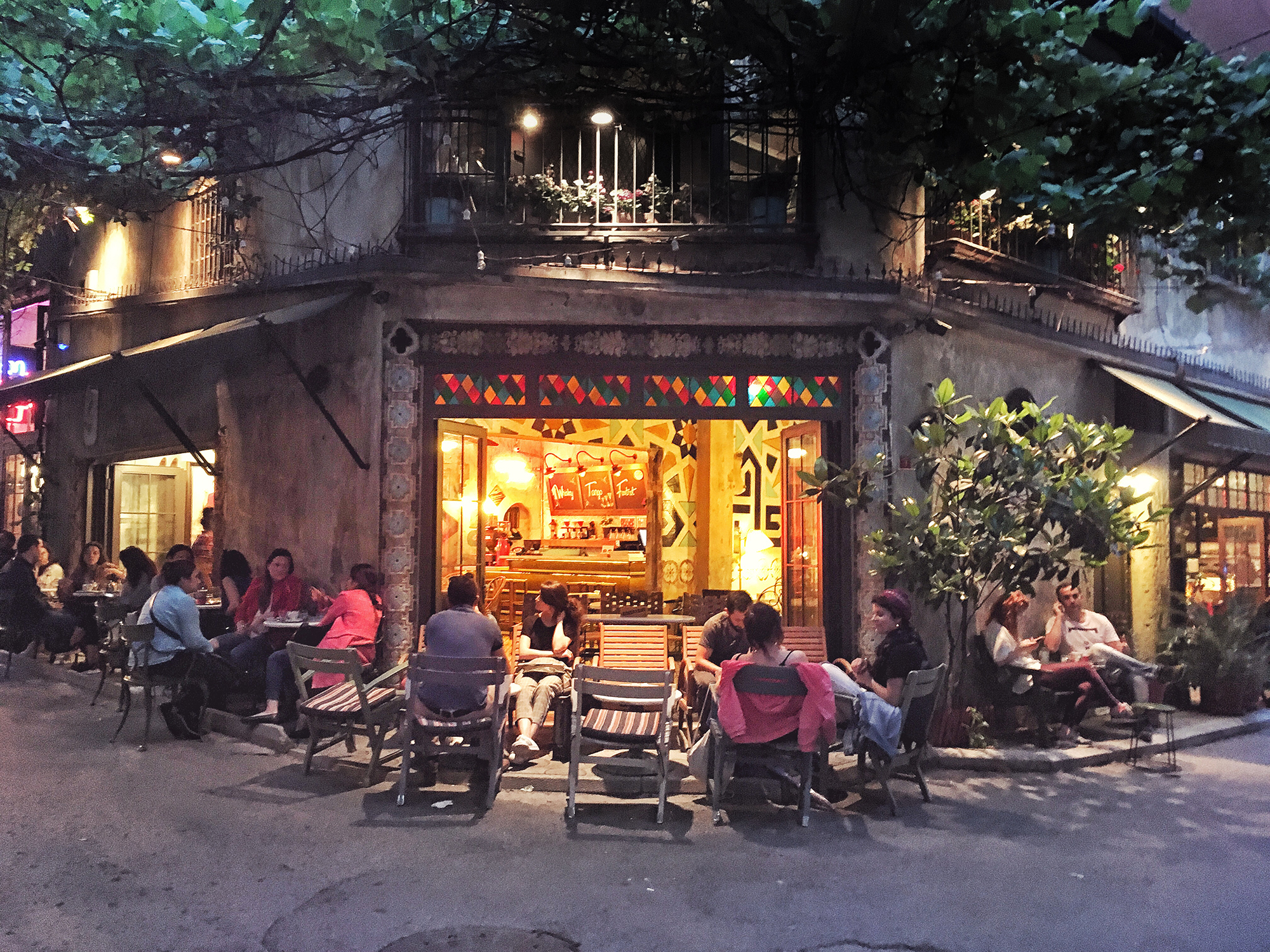 For a final farewell to this magical city, cap off the night with a post-dinner Turkish coffee at Karabatak, a beautiful cafe with hanging vines framing wide open doors to enjoy the evening breeze. If you’re in a festive (see: alcoholic) mood, head to Unter and throw back some espresso martinis (it has coffee in it!) or pints of craft beer as a DJ spins tunes in the background.

If Istanbul is not your jam, how about Athens? If you’ve been dreaming of the Greek Islands, you have to fly into this ancient city so here’s a list of must-dos for a quick weekend. 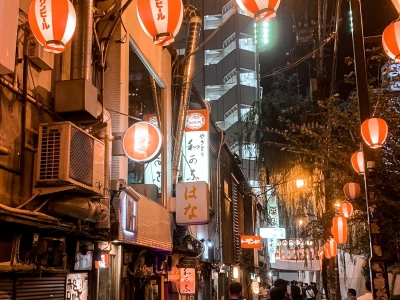 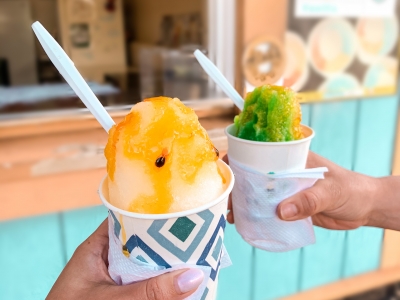 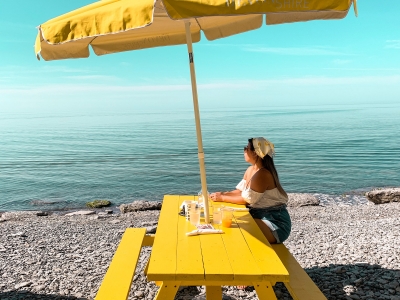 An Epic Guide For Where to Eat in Prince Edward County